Radio Foot Internationale - The Champions League is back!

Contents of Radio foot this Tuesday: The Champions League is back! The eighths are off tonight at Camp Nou. Barcelona / Paris St Germain, presentation of a European classic! Paris side ... 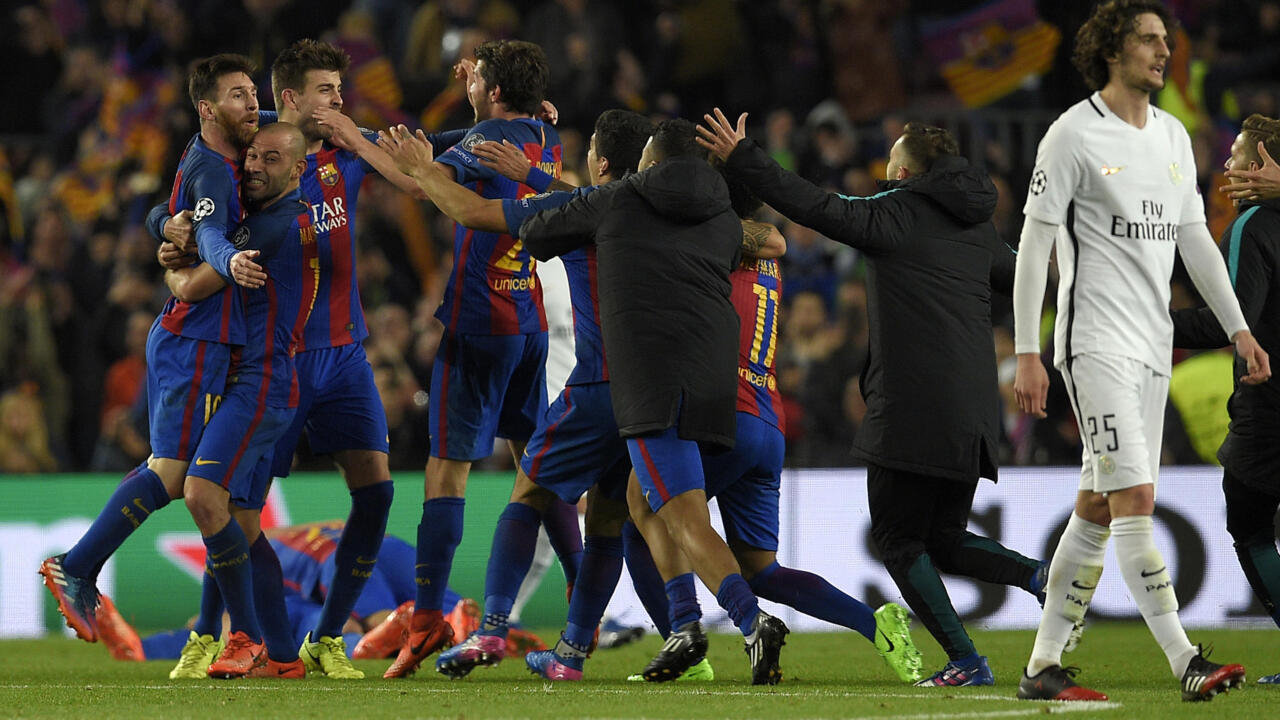 The Champions League is back!

FC Barcelona players rejoice after their "comeback" against PSG and their qualification for the quarter-finals of the Champions League on March 8, 2017 at Camp Nou.

Contents of Radio foot this Tuesday: The Champions League is back!

The eighths are off tonight at Camp Nou.

On the Parisian side, a comeback to be forgiven.

For the people of Barcelona, ​​a French rival who never ceases to annoy!

On the ground, Messi vs Mbappé, the shock of the generations.

The expected returns of Gerard Piqué and Verratti!

Presentation from all angles of the shock of these eighths, with our special correspondent in Barcelona Frédéric Suteau.

Leipzig / Liverpool at the Arena in Budapest (because of health rules!) Klopp's men remain on three defeats in PL, Salah, Mané and others have big concerns to be made?

Not for the current runner-up in the Bundesliga who still makes the Reds the favorite in this confrontation!

The keys to the match in Radio foot!

Good operation for the Blues and Hammers who overtake Liverpool, and pass 4th and 5th in the general classification!

We will come back to the highlights of the last two posters of this 24th day in England!

To discuss it around Marie-Amélie Motte, our consultants of the day: Naïm Moniolle, Éric Rabesandratana and Salim Baungally - David Fintzel - Laurent Salerno.

Football: 644 goals with Barcelona for Messi, who breaks Pelé's record

Barcelona: Messi back in training