Reopening of cinemas: Thierry Frémaux "convinced" that the public will be there

On the occasion of the publication of his story &amp; quot; Judoka &amp; quot ;, Thierry Frémaux returned to the microphone of Europe 1 on hampered cultural news, with cinemas still closed to the public but which, according to him, will be well attended in some month. For the general delegate of the Cannes Film Festival, a new media chronology will emerge. 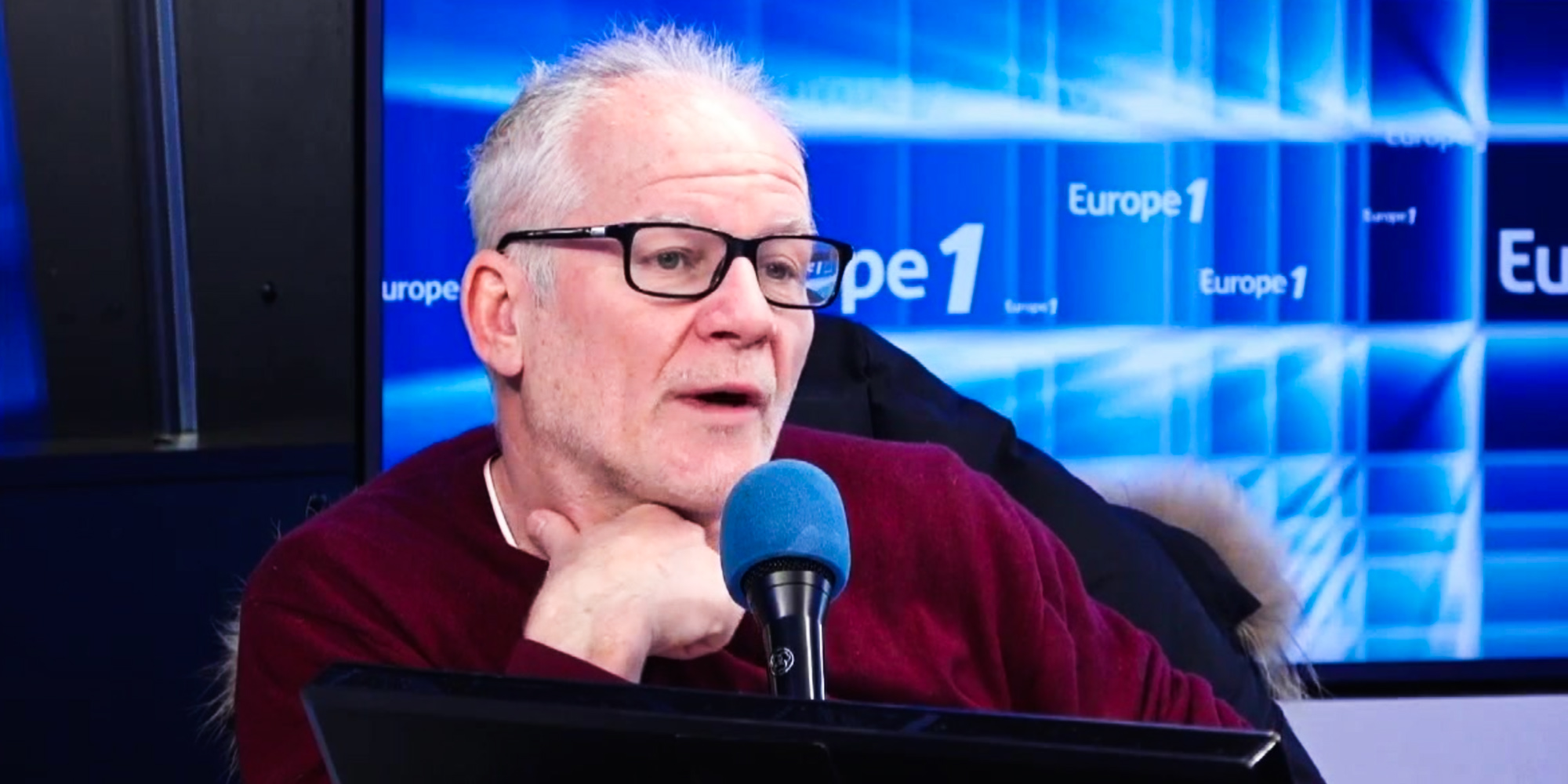 On the occasion of the publication of his story "Judoka", Thierry Frémaux returned to the microphone of Europe 1 on hampered cultural news, with cinemas still closed to the public but which, according to him, will be well attended in a few months. .

For the general delegate of the Cannes Film Festival, a new media chronology will emerge.

It has now been 103 days since the French can no longer go to the cinema, due to restrictions linked to the coronavirus.

A messed up schedule, an industry at a standstill, a private public to escape ... The consequences of this closure, which the government does not plan to return to immediately, are numerous.

"I miss him a lot and I even miss him in my eyes. It's not just a philosophical lack," said Thursday noon at the microphone of Europe 1 Thierry Frémaux, general delegate of the Cannes Film Festival.

Coronavirus: follow the evolution of the situation Wednesday February 10

According to the leader, the importance of cinema and cinemas for the population has not evaporated since the fall.

Will the French return in large numbers to dark rooms in a few weeks or months?

"The question does not arise at all for me because first of all, the public returned after the first confinement. He was even ready to stay", answers without hesitation the author of the story

(editions of Seuil), devoted in his childhood.

> Not recommended for people over 65, who will be injected with the AstraZeneca vaccine?

> Containment is good for the planet

> How will the vaccination passport work in Denmark?

Early releases on the platforms?

Thierry Frémaux is also "convinced of one thing" for the coming months.

"There are people, alas, who no longer go to the cinema. We are not going to bring them back to the cinema, although we will try. And there are people who, no matter what, will go to see the films. in theaters. I think that these two audiences, not only must coexist and coexist, but they will even unite. Soon, we will have a somewhat reduced media chronology that will allow a film to be released in theaters and, some months later, on a platform, on a television, on Canal +, etc. "

For the time being, a film cannot be released on a streaming platform less than three years after its theatrical release.

In any case, "we will have to take great care of the rooms when they reopen their doors," underlines Thierry Frémaux.

This difference, the French deprived of cinema for three and a half months have somewhat forgotten.

For Cannes, "we are very optimistic"

Postponed due to the pandemic, the Cannes Film Festival is to be held from Tuesday July 6 to Saturday July 17, 2021. Will it be a kind of fortnight at a discount, after a very complicated year for the seventh art?

"We will have films that remain from 2020. And then it turned a lot in France and around the world. The selection has started and we are very optimistic", sweeps Thierry Frémaux.