This Tuesday evening on Arte, a documentary, `` La grande Malbouffe '', takes a look behind the scenes of the food industry through the edifying example of a widely consumed product: the cordon bleu. Journalist and director Maud Gangler, who conducted this investigation with Martin Blanchard, was the guest of Europe 1 on Tuesday. 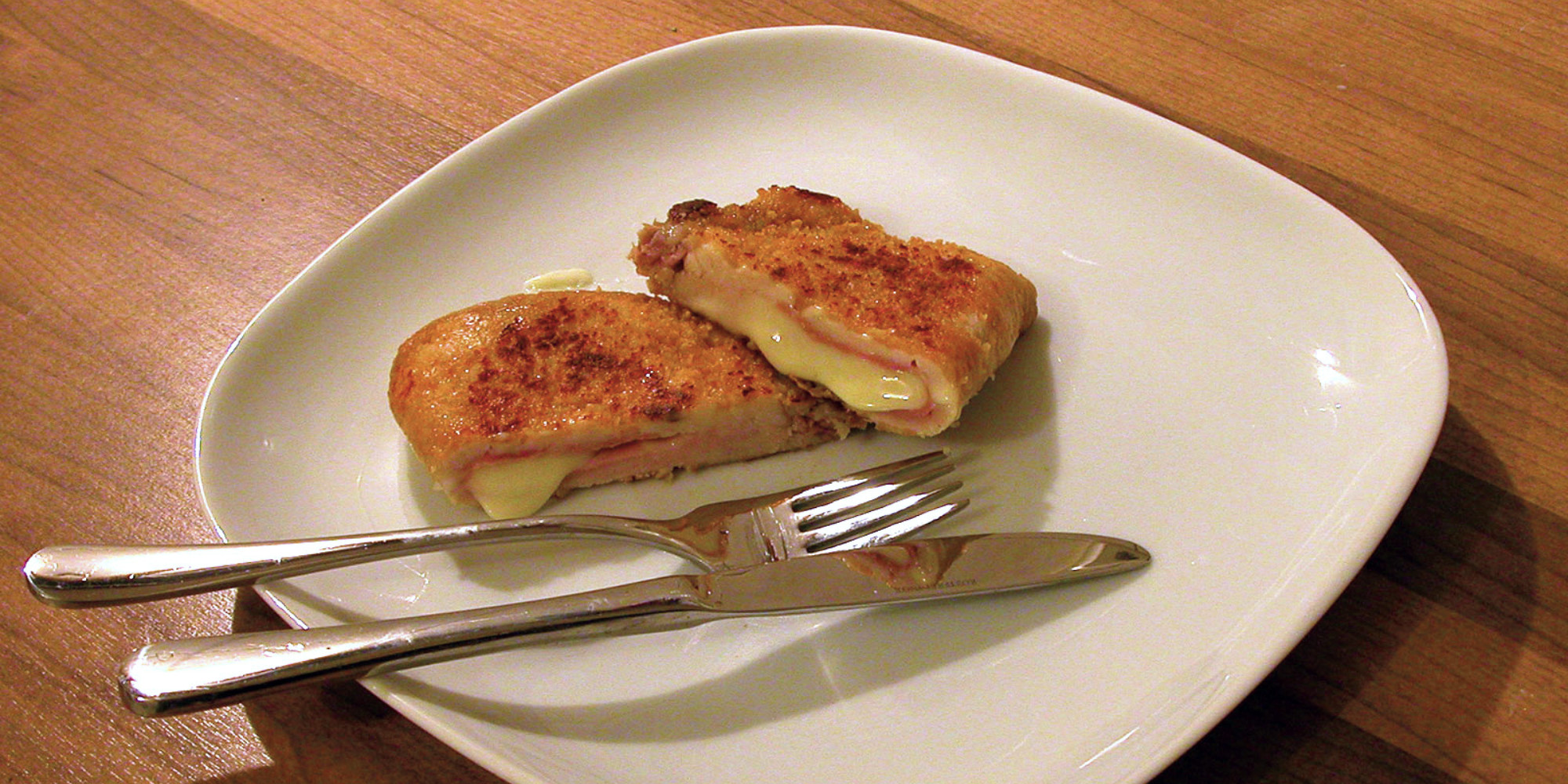 This Tuesday evening on Arte, a documentary, "La grande Malbouffe", takes a look behind the scenes of the food industry through the edifying example of a widely consumed product: the cordon bleu.

Journalist and director Maud Gangler, who conducted this investigation with Martin Blanchard, was the guest of Europe 1 on Tuesday.

Chicken, bacon, cheese ... but is that really all that a cordon bleu contains, especially when it's industrial?

Not really, as shown in a documentary,

More broadly, this survey by journalists Martin Blanchard and Maud Gangler reveals behind the scenes of the food industry in an original way: the authors designed and produced their cordon bleu themselves, which makes it possible to address all the problems posed by production. industrial, from the preparation of the recipe to its marketing, including production and even packaging.

Maud Gangler unveiled some conclusions of this survey Tuesday in Culture Médias on Europe 1.

Consumed by young and old alike, cordon bleu is a fairly universal industrial product, both in France and in Germany.

And we discover that to produce it, you need a lot, a lot of ingredients.

The journalists went near Nantes, to a company that designs the recipe.

And in the bins, about thirty ingredients, while in theory, five are enough to make a house: a cutlet, cheese, bacon, breadcrumbs and an egg.

Why such a gap?

Conservation and price, explains the survey.

"They are basically powders and syrups. You can't imagine that they are real ingredients. There isn't a nice cutlet on the table, nice breadcrumbs and a nice piece of cheese. No, there is. meat that we are going to prepare and which will become a preparation of meat, powders, syrups. These are products that cost nothing and that we have to assemble in order to create from scratch what looks like food ", specifies Maud Gangler.

This meat preparation, "it's not fillet, it's minced meat with generally chicken skin to which we add fiber, starch, etc. Otherwise, it does not hold, and it's too expensive. In fact, you have to inflate the water in these products since water costs a lot less than meat ".

Receive the main media information of the day in your mailbox every day at 1 p.m.

In addition, cordon bleu is made up of many additives.

In the documentary, the range goes from 5 to 15. "It's used for everything. It's for storing. We're used to keeping our products for three weeks in the fridge. It's for texture, it's for flavoring. Since you Imagine that it doesn't have any taste. A cordon bleu, then. We put aromas and dyes. We put everything in the blue cordon that we see later in the film. There is a dye that is used to yellow and then whiten the yellow. In fact, it's heavy industry. You have to understand that. Our industrial food is heavy industry. "

Among the other revelations of this investigation, which will have lasted a year, the presence of inks composed of mineral oils in the packaging, which can contaminate food.

Or the presence of substances that we eat without knowing it, called processing aids, which are not indicated in the list of ingredients.

"It is a little regulated in France, but it is not at all regulated in the European Union. And when we know the number of imported products that we consume in our country, it is indeed a big problem and it is one of the big taboos in the industry. "

To find out more about industry practices:

, a documentary by Maud Gangler and Martin Blanchard, Tuesday February 2 at 8:50 p.m. on Arte.

Already available on Arte.tv until April 2.