Today the economy - Fincantieri-Chantiers de l'Atlantique: the buyout is flowing

End of the day for the takeover of Chantiers de l'Atlantique by the Italian group Fincantieri. After various twists and turns in a soap opera more than four years old, Paris, the main shareholder of… 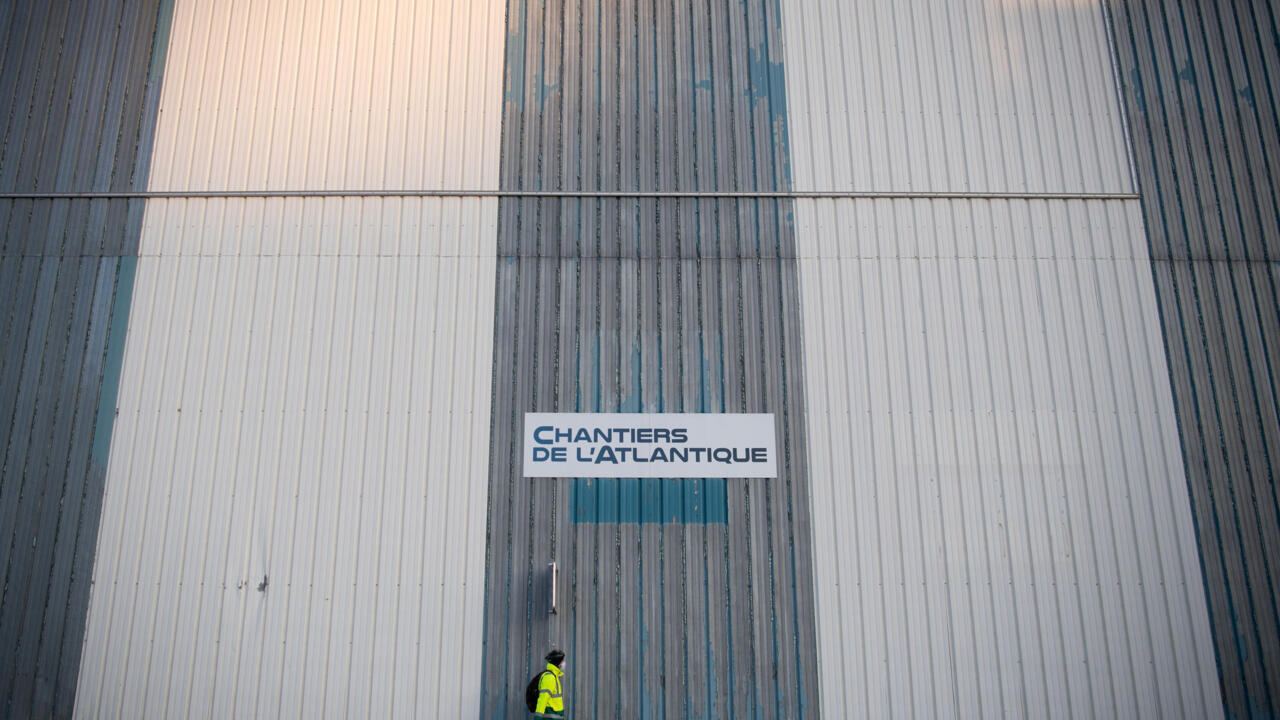 The shipyards of the Atlantic.

End of the day for the takeover of Chantiers de l'Atlantique by the Italian group Fincantieri.

After various twists and turns in a soap opera more than four years old, Paris, the main shareholder of the Saint-Nazaire and Rome sites have decided not to extend the 2018 agreement and to abandon the operation.

Officially, the main culprit is the Covid-19 epidemic.

Nevertheless, the swell has long shaken what was to become "

the Airbus of the seas

It all dates back to 2016. The Korean company

, then owner of the Saint-Nazaire shipyards, went bankrupt and was restructured.

In the process, the Korean justice retains the offer of Fincantieri for the acquisition of the French site.

He was alone in the running.

In spring 2017, a buyout agreement was concluded under the chairmanship of François Hollande.

Finally, a few months later, Emmanuel Macron, freshly arrived at the Elysee Palace, put the brakes on the project and a cold snap in bilateral relations.

The State announces that it wants to renegotiate the agreement and is gaining an 84% stake in Chantiers de l'Atlantique.

In 2018, a new version, still leaving the majority to Italian assets, was signed: Fincantieri would own 50% of Atlantic shipyards and Paris would lend it 1% for 12 years to give the Trieste group operational control.

And the file arrived on the offices of the European Commission.

It has been seized by France and Germany for examination.

Brussels opened an in-depth investigation into the impact of the sale on competition but never made a final decision, so the case was at an impasse.

but the Italian public group assured in December that it could not do better.

In total, the expiry date of the agreement has been postponed 5 times.

So why give up now?

In a joint statement, Paris and Rome highlight the uncertain economic context, in particular in the tourism sector.

The text emphasizes that, for these reasons, the Commission was unable to close the procedure.

But, we can hardly help but think that the pandemic has offered a way out for different parties.

In France, the project faced hostility from part of the political class and employees, and a senatorial committee even issued an unfavorable opinion in October.

The committee feared that the work would be repatriated to Italy in the event of bad economic times.

Critics of the project were also worried about possible transfers of know-how to Italy or even China.

On the other hand, doubts had emerged about the motivation of the Italian group which, despite granting several deadlines, did not complete the file.

The economic crisis linked to the Covid-19 pandemic therefore added doubt to the doubt but allowed the two European partners to emerge with their heads held high from this sensitive issue on the diplomatic level.

Rome and Paris also insist on their desire to continue to cooperate in the maritime sector.

A program to build refuellers for the French Navy in cooperation between Chantiers de l'Atlantique and a site in Fincantieri was launched last May.

The Naviris joint venture, between Naval group and Fincantieri, has been operational for a year.

As for the future of Chantiers de l'Atlantique, a unit will be created to work on the next buyout options.

The French Ministry of the Economy intends to take the time to study the different scenarios.

According to a source in Bercy, the shipbuilder had aroused several expressions of interest in the past, although no formal discussion had been initiated. It remains to be seen if they will be renewed. But no emergency, it is assured at Bercy, the order book is full for several years.

STX shipyard in Saint-Nazaire: the order book continues to swell

Is the German economic model running out of steam?