Russia: Policeman shows solidarity with Navalny and is released&nbsp;

In Russia, tens of thousands of people demonstrated in more than 100 Russian cities for the release of opposition leader Navalny. A police officer also showed solidarity with him - and lost his job. 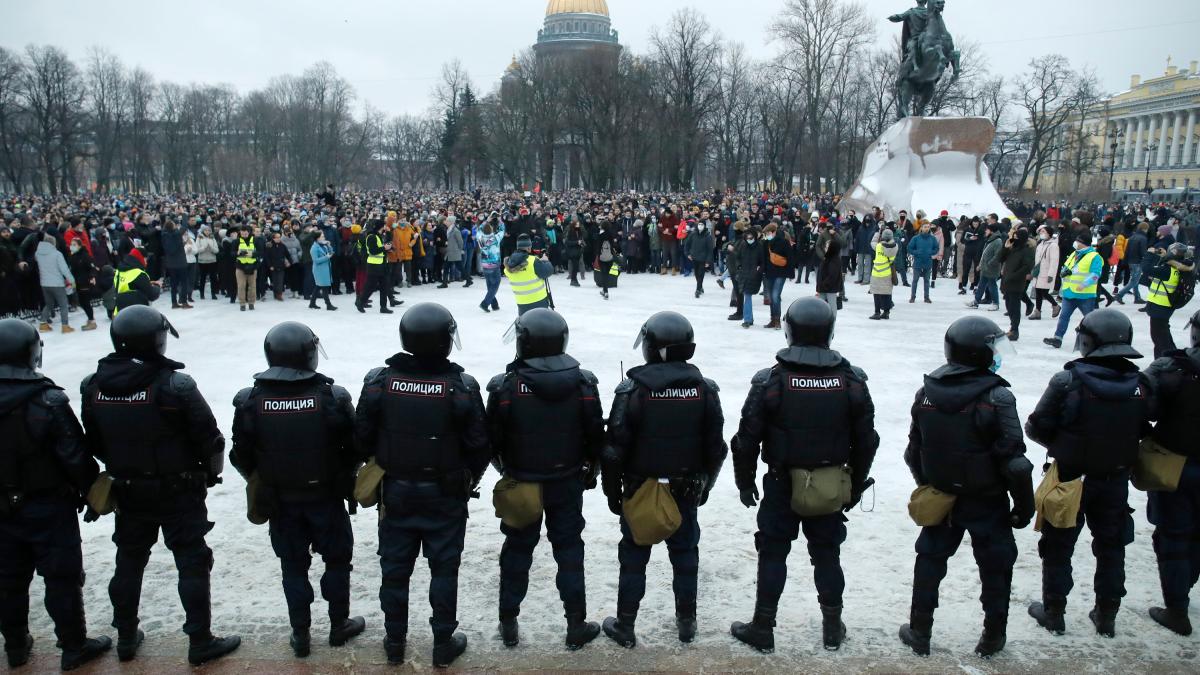 A police officer in Russia has been fired after showing solidarity with the detained Kremlin critic Alexei Navalny in an internet video.

Ruslan Agibalow from the city of Kursk around 450 kilometers south of the capital Moscow had published the clip "in support of Alexej Navalny and all political prisoners" at the weekend before the major nationwide Navalny protests.

He was afraid that his children would at some point ask him: "Dad, what have you done to ensure that we can live in a free, flourishing country?"

"And then I have no answer."

The police officer asked that his words not be taken as a call to the protests by Navalny supporters, which took place across Russia on Saturday.

Nevertheless, he was released a little later, as the Kursk department of the Interior Ministry announced.

The police officer had soiled the honor of his authority, it was said as a reason.

Protests in more than 100 Russian cities

According to the organizers, tens of thousands of people demonstrated in more than 100 Russian cities for the release of opposition leader Navalny in an unprecedented wave of protest on Saturday.

Navalny, who was the victim of a poison attack in August, was arrested in Moscow a week ago on his return home.

The 44-year-old is said to have violated reporting requirements in previous criminal proceedings while he was recovering from the attack in Germany.