France has 72,877 deaths from the coronavirus since the start of the epidemic, and crossed the threshold of one million vaccinated on Saturday. The stricter measures concerning European travelers come into force today, while the Haute Autorité de Santé recommends extending the time between 2 doses of messenger RNA vaccine to 6 weeks. 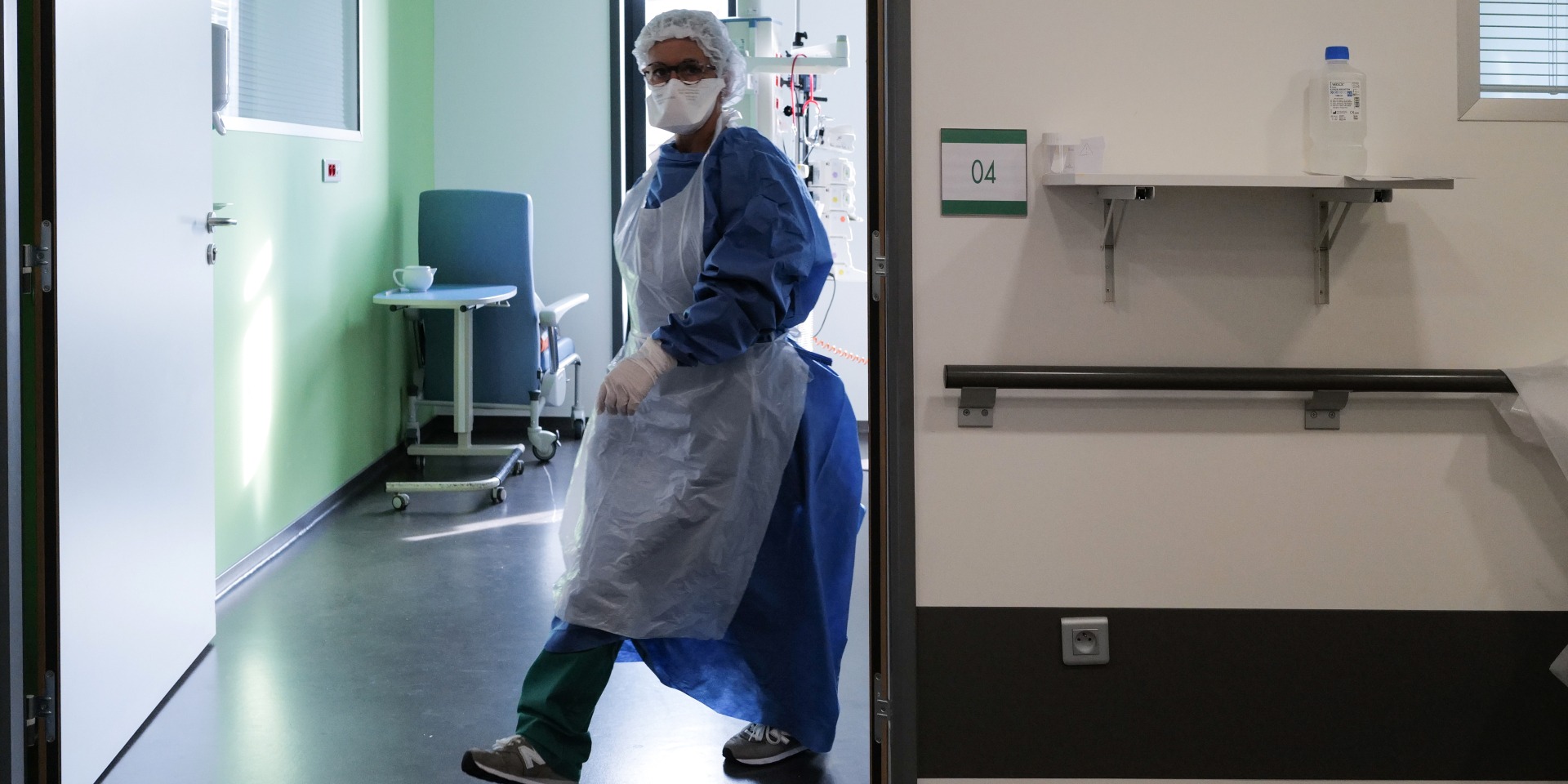 France has 72,877 deaths from the coronavirus since the start of the epidemic, and crossed the threshold of one million vaccinated on Saturday.

A million people have been vaccinated against the coronavirus in France, where stricter border rules came into force on Sunday, an additional measure to try to control the epidemic and avoid a third containment, while 23,924 new cases of Covid-19 were counted in 24 hours.

Faced with the outbreak of cases, the High Authority of Health (HAS) recommends in a press release published on Saturday to "postpone the second dose of vaccine to 6 weeks to speed up the vaccination".

Presenting a negative PCR test has become mandatory for travelers from the European Union (EU) in French ports and airports.

The obligation to present a negative test carried out 72 hours before has already applied since mid-January to travelers from other countries.

Controls take place mainly in ports and airports, currently some 62,000 people per week according to the Minister Delegate in charge of Transport Jean-Baptiste Djebbari.

But frontier workers and land transport are exempt.

Controls which intervene while the assessment of the coronavirus published on Saturday shows 72,877 dead in the territory, or 230 more in 24 hours.

Since the last count, there have been 23,924 new cases of the virus.

The pressure on the hospital system remains at a high level.

Because of these figures, a re-containment could be considered, especially in the face of new, more contagious variants of the virus.

The government had promised to reach the million people vaccinated against the coronavirus by the end of January, it is now done.

After a trip to Strasbourg, Prime Minister Jean Castex announced on Saturday that this threshold has been exceeded.

"To all our caregivers, to all our elected officials, to all the staff and agents of the prefectures, regional health agencies and health establishments, to all those who join forces in this exceptional vaccination campaign: thank you" , published the Prime Minister on Twitter under a message "1 million French vaccinated".

"This is really good news and it will accelerate even further. We will find our cruising speed and do even better next month", reacted Dominique Le Guludec, president of the High Authority for Health (HAS), Saturday evening on Europe 1.

Postpone the 2nd dose of vaccine to 6 weeks

In a press release published on Saturday, the Haute Autorité de Santé (HAS) recommends in France to postpone the injection of the second dose of messenger RNA vaccine to 6 weeks, against three today (42 days against 21).

"The still large number of contaminations and the worrying arrival of new variants call for an acceleration of the vaccination to face the risk of outbreak of the epidemic in the coming weeks. In order to protect more quickly a greater number of people to risk of hospitalization or death, the HAS recommends extending the time between 2 doses of messenger RNA vaccine to 6 weeks (vaccines from Pfizer and Moderna). "

According to the HAS, "spacing out the two doses would make it possible to vaccinate at least 700,000 more people in the first month".

The BioNTech laboratory had warned in early January that the maximum effectiveness of its vaccine against Covid-19 was not demonstrated if the second injection was delayed.

But according to the HAS models, the efficiency will not be reduced by this longer period.

An anti-inflammatory drug effective against complications related to Covid

A large clinical study shows that colchicine, a powerful anti-inflammatory drug used for the treatment of gout, reduces the risk of complications from Covid-19, the Montreal Heart Institute (ICM) announced.

Among 4,159 Covid-19 positive patients, colchicine has reduced hospitalizations by 25%, the need for mechanical ventilation by 50%, and deaths by 44%.

The pandemic has killed more than 2.1 million people worldwide since the end of December 2019, according to a report established by AFP from official sources on Saturday at 11:00 GMT.

At least 61.7 million doses of the vaccine have been administered worldwide, according to an AFP count from official sources on Saturday at 6 p.m. GMT.

If 64 countries or territories have started their vaccination campaign, thirteen of them concentrate more than 90% of the injected doses.