China News Service, Chongqing, January 24 (Reporter Liu Xianglin) Chongqing, which is living in the interior, has never stopped opening up. 2021 is the first year of the "14th Five-Year Plan". How to further build the inland open highlands and achieve a higher level of openness has become one of the focuses of the delegates and members of the Chongqing "two sessions" that are being held here. 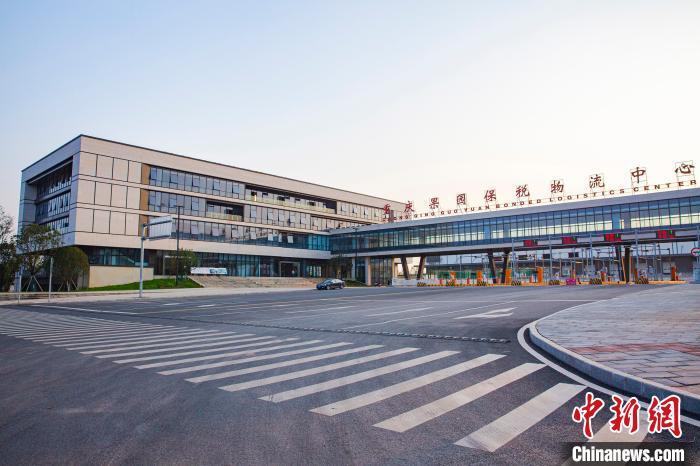 China News Service, Chongqing, January 24 (Reporter Liu Xianglin) Chongqing, which is living in the interior, has never stopped opening up.

2021 is the first year of the "14th Five-Year Plan". How to further build the inland open highlands and achieve a higher level of openness has become one of the focuses of the delegates and members of the Chongqing "two sessions" that are being held here.

Yi Xiaoguang, member of the Chongqing Municipal Political Consultative Conference and president of the Municipal Comprehensive Economic Research Institute, believes that the "14th Five-Year Plan" is a critical period for my country to enter a new development stage, practice new development concepts, build a new development pattern, and advance the modernization process.

As the only municipality in the central and western regions, Chongqing must vigorously promote opening up and regional cooperation during the "14th Five-Year Plan" period, fully integrate into the joint construction of the "Belt and Road" and the development of the Yangtze River Economic Belt, and implement wider, broader, and deeper opening up. Taking the lead in opening up and driving the opening up in the western region, it has become a hub for the smooth development of a new development pattern with the domestic big cycle as the main body and the domestic and international double cycles promoting each other.

Yi Xiaoguang suggested that Chongqing should be at the forefront of the western region in terms of building an open economic system, enhancing the radiating function of international factors, and deepening international exchanges and cooperation.

Give full play to the role of major platforms such as Liangjiang New Area, Chongqing Pilot Free Trade Zone, and China-Singapore (Chongqing) Strategic Interconnection Demonstration Project, unblock the international channels, build the logistics and operation organization center of the western land-sea new channel, and create the inland port highland. "Go out and bring in" to build an international industrial chain and supply chain.

Deepen the strategic interaction with the central and eastern regions and play an important role in the domestic cycle.

In the past five years, Chongqing has continued to expand its open channels.

Among them, the new western land and sea passages reach 260 ports in 96 countries, the China-Europe train (Chongqing-Xin-Europe) has operated more than 7000 flights, and the number of international routes has increased to 101.

Chongqing became the first city in the country to have both a port type and a dry port type national logistics hub.

The Chongqing International Logistics Hub Park is located in the Shapingba District of Chongqing, which has become an important window for Chongqing's inland opening.

In an interview, Jiang Tao, representative of the Chongqing Municipal People’s Congress and Secretary of the Shapingba District Party Committee, said that in recent years, relying on the Chongqing International Logistics Hub Park, Shapingba District has deepened cooperation with western provinces, autonomous regions and municipalities to form a “13+1” co-construction pattern of a new western land-sea channel, and accumulated operations. There are more than 11,000 international trains such as the China-Europe Express (Chongqing-Xin-Europe) and the Western Land-Sea New Corridor. The total value of goods ranks first among all China-Europe Express trains.

The data picture shows that on the morning of January 4, the first rail-sea combined transport class of the new western land-sea channel in Guoyuan Port was issued in 2021.

Jiang Tao said that during the "14th Five-Year Plan" period, the local area will play a role as a bridge linking the western region and the ASEAN market. It will take advantage of the opportunity to sign the RCEP agreement to the south and the opportunity to complete the negotiation of the China-Europe investment agreement to the west. , Promote the deployment of overseas production and marketing service networks in countries along the “Belt and Road”, establish overseas warehouses, build industrial cooperation centers, trade promotion centers, and logistics distribution centers, improve channel logistics and operation organization capabilities, gather domestic and foreign trade companies, and continue to expand The European market and the ASEAN market will expand and strengthen the port economic industry clusters such as headquarters trade and re-export trade.

Fully integrate into the national strategy and seize new opportunities for international cooperation.

Tang Liangzhi, Mayor of Chongqing Municipal Government, stated in his government work report that during the "14th Five-Year Plan" period, Chongqing will further open its channels to the outside world, coordinating the four directions of east, west, south and north, four ways of railway, water and air, and information flow of people, logistics, capital flow. Four types of elements, speed up the improvement of the infrastructure system, modern logistics system, policy innovation system, and build inland international logistics hubs and port highlands.

Wang Lin, a member of the Chongqing Municipal Political Consultative Conference and a professor at Chongqing University, suggested that Chongqing should build a "Chengdu-Chongqing Free Trade Port" on the basis of existing open channels and platforms, and create a strategic hub for a new inland development pattern.

Wang Lin said that Chongqing and Chengdu are the two national central cities closest to the Indian Ocean Rim. The region is home to the largest inland river port group and airport group in the west.

Building a "Chengdu-Chongqing Free Trade Port" is not only an important source of power for the domestic cycle, but also a strategic hub that connects and unblocks the international and domestic dual cycles.

By realizing the transfer, collection and distribution of bulk cargo, an important logistics center is formed, important information flow and capital flow are obtained, and a node with high centrality is formed, radiating Central Asia, Europe and South Asia, Southeast Asia and the Indian Ocean region, and enhancing the "Chongqing Freedom" The logistics convergence capacity of the "trade port" promotes the smooth flow of domestic and international dual circulation channels.