The release of "Mourir can wait" (still) postponed by several months 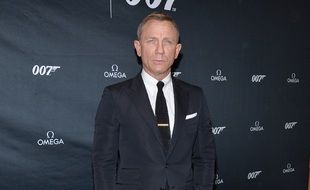 "Die can wait", and the release of the next James Bond too.

While the world premiere was initially scheduled for March 31, 2020 in London, the adventures of the British spy are once again postponed.

Now, according to a press release from MGM studios, we will be able to go see the next installment in theaters from October 8, 2021.

This third report was first published on the Twitter account of the famous British secret agent, accompanied by the poster of the film with actor Daniel Craig in the iconic Bond tuxedo.

The coronavirus pandemic has caused the closure of thousands of cinemas around the world and upset the schedule of most big productions, some of which have chosen to broadcast their films in streaming to limit the loss of revenue.

Last fall, the production of Bond announced that the release of the 25th opus in the series was postponed to April 2, 2021 "so that it can be seen worldwide in the cinema".

In the film, which should be the last for Daniel Craig, James Bond has quit his secret service activities and is finally enjoying a quiet life in Jamaica.

But his peace of mind is quickly interrupted when his old friend from the CIA, Felix Leiter, comes to ask him for help.

The "villain" of the story is embodied by the American of Egyptian origin Rami Malek, who won the Oscar for best actor in 2019 for his interpretation of Freddie Mercury, emblematic singer of the rock group Queen.

The official theme of the film, also titled "No Time To Die", is performed by young American singer Billie Eilish.

Death of Sean Connery: From the "Incorruptibles" to "Red October", the five films of his career