How the media helped break the incest taboo

"20 Minutes" retraces the media speeches that changed the outlook on sexual violence against children and on incest &nbsp;

The tide is turning.

Pedocriminal propaganda is no longer on the rise, tolerance is no longer in order ”tweeted on January 12 Muriel Salmona, psychiatrist specializing in the fight against sexual violence, after the ousting of the philosopher Alain Finkielkraut from LCI for his Comment on the Duhamel affair.

Never had the philosopher been the object of such a sanction.

Never have the victims of incest been so overwhelmingly ready to testify to what they have suffered, on Twitter in particular, under the hashtag #MeTooInceste.

Are the media silence and taboo around this issue falling?

And how did this revolution come about?

There were pioneers, and especially pioneers.

Several media recently paid tribute to Eva Thomas, the first woman to have spoken of incest with her face uncovered on French television, in 1986. But there were years of denial, of silence, until the 1990s, when a first awareness emerges.

At that time, several television programs were organized on the subject, "which gave a voice and a face to the victims", explained to us at the time of the Matzneff affair Anne-Claude Ambroise-Rendu, historian and author of a

These 1990s are those of the Marc Dutroux case, sentenced to life imprisonment for having kidnapped and raped six young girls and young girls;

and the Outreau trial, which sees four defendants convicted at first instance and 12 children recognized as victims.

But the trial is also pointed out for its dysfunctions after the acquittal of the majority of the accused, and silence is again.

From #MeToo to Adèle Haenel

The rise of the feminist movement after the DSK affair in 2011 and especially the #MeToo movement in 2017, which is also the result of this in-depth militant work, will be a game-changer.

At the start of the movement, violence against children appeared to be the poor relation of #MeToo, explains Mié Kohiyama, president of the #MoiAussiAmnesie association.

But the breach is open, and in November 2017, the acquittal by the Assize Court of Seine-et-Marne of a man prosecuted for the rape of an 11-year-old girl triggered very strong emotions among activists and with part of the public.

In the months that followed, a debate ensued around the law against gender-based and sexual violence to demand a presumption of automatic non-consent for children under a certain age.

From 2016 to 2019, sexual violence against children is finally an important subject and taken seriously.

Voices are starting to be heard.

They are those of the actress Andréa Bescond, who released in 2016 the play

Les Chatouilles (or the dance of anger)

, for which she received the Molière only on stage in 2016 then the César for best film adaptation in 2018. They are also those of the host Flavie Flament or the writer Adélaïde Bon, who have told in autobiographical novels the violence suffered in their childhood.

It is finally that of the actress Adèle Haenel, who by speaking out to denounce the director Christophe Ruggia, becomes the voice of a whole generation.

It is in this context that Vanessa Springora's book,

was launched in January 2020

, which accuses the writer Gabriel Matzneff.

Psychiatrist Muriel Salmona sees the publication of this book as a “tipping point”.

The images of the INA which resurface, which show Bernard Pivot and an audience of writers joking about child criminality and incest in the program

They are seen over a million times in a few days.

Gabriel Matzneff has never hidden his attractions for teenage girls, as on the set of "Apostrophes", in 1990. Vanessa Springora publishes a book, "Consent", in which she describes the hold he exercised over she in the 80s when she was a minor.

While institutions like the César or the Cinémathèque still support Roman Polanski, the images of Adèle Haenel slamming the door of one of the most prestigious ceremonies in French cinema are going around the world, and its director, Alain Terzian, is pushed towards the exit.

The publication in January 2021 of Camille Kouchner's book,

, along with an interview with the lawyer who denounces her stepfather Olivier Duhamel in

, titled "The end of a taboo", marks a new turning point decisive.

“The front page of

will be a landmark,” says Mié Kohiyama.

Camille Kouchner breaks the taboo because she is not a victim herself.

Her message is universal because she speaks on behalf of all the people who know but do not speak.

She talks about the whole society.

A safe space for victims

This time, unlike the Matzneff episode where a few voices were still raised more or less firmly to support the writer or the “era” (journalists Josyane Savigneau, Guillaume Durand and Jérôme Godefroy, writer Frédéric Beigbeder, Bernard Pivot) today no one defends Olivier Duhamel.

The only one who tried to do so, Alain Finkielkraut, paid him from his post as columnist at LCI.

Because it is, in addition to pedocriminality, incest.

It's all this context that makes #MeTooInceste possible.

"When all the media are in unison to stop reporting pedophile propaganda, it makes a space of safety for the victims who start to speak," said Muriel Salmona.

The career of the singer Mathilde, who testified on Twitter of "incestuous attacks" suffered by "a member of [his] close family at the age of 24" is symbolic of the transformations of the time.

After a first public expression on domestic violence in 2016, in her title

He Was a Girl

, which earned her, she said, the loss of the support of her label and many problems, the singer gained confidence in 2017, in the wake posts she read for months under the hashtag #MeToo.

where she utters the word rape for the first time.

But she had never yet dared to talk about the incest she recounts with #MeTooInceste.

“If it hadn't been for the MeTooIncest movement, I wouldn't have said anything about it.

I was galvanized by a whole collective courage, ”she explains to

For Muriel Salmona, we are living in a “historic” moment: “The blows to pedophile propaganda ended up cracking the whole system.

Today, people have realized that it is no longer tolerable to say that you can be consenting as a child.

Incest: Prohibiting and punishing sexual acts between adults and minors under 13, what can that change?

Duhamel affair: Students again demand the resignation of the director of Sciences Po 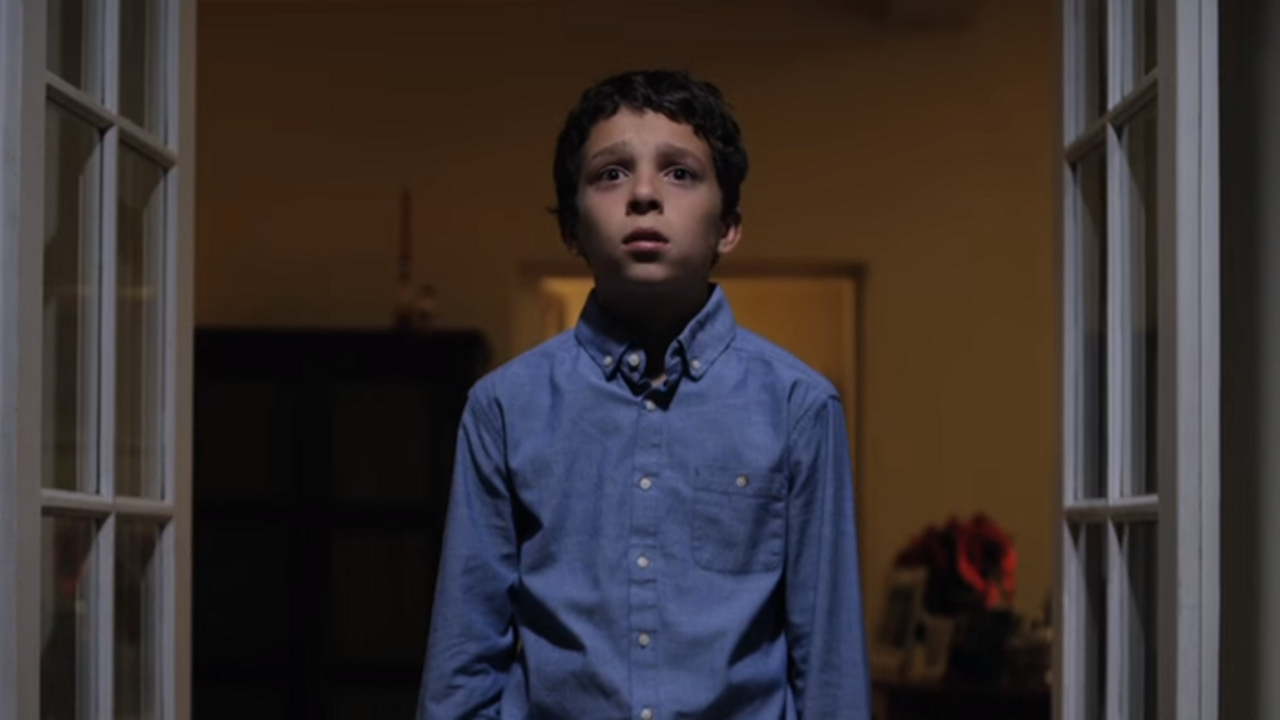 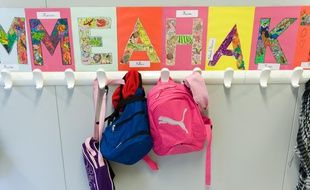 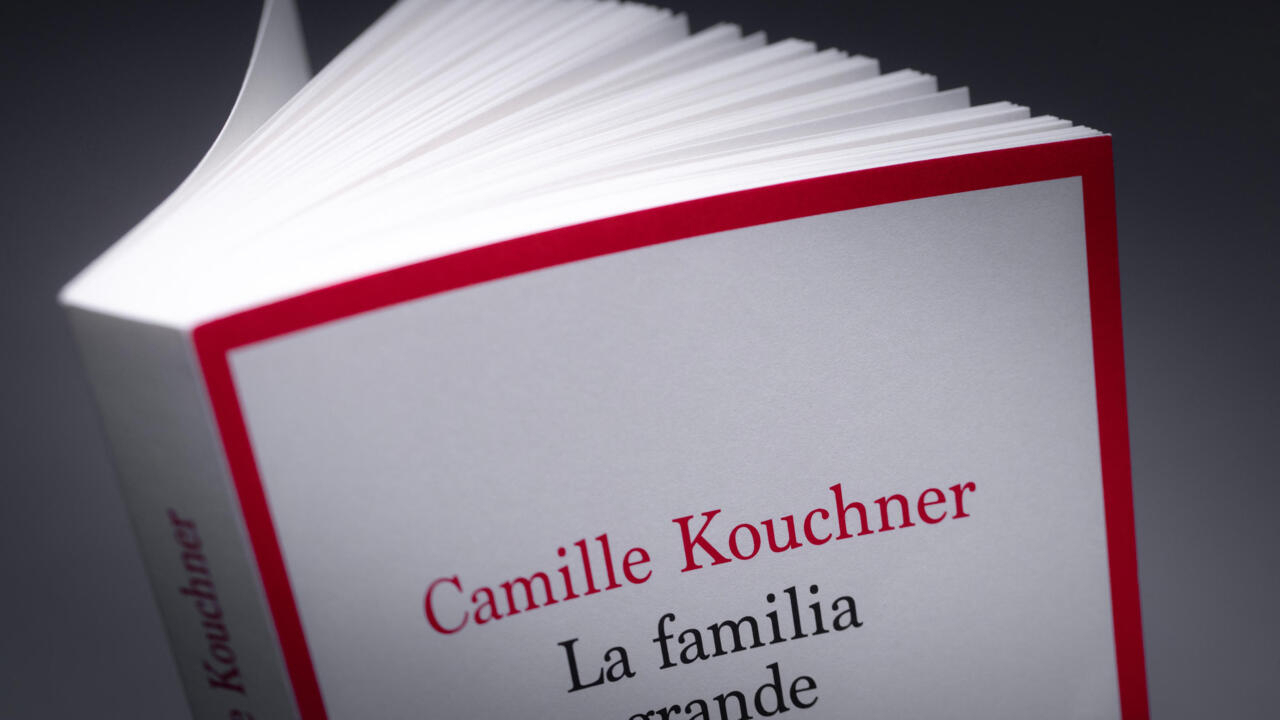 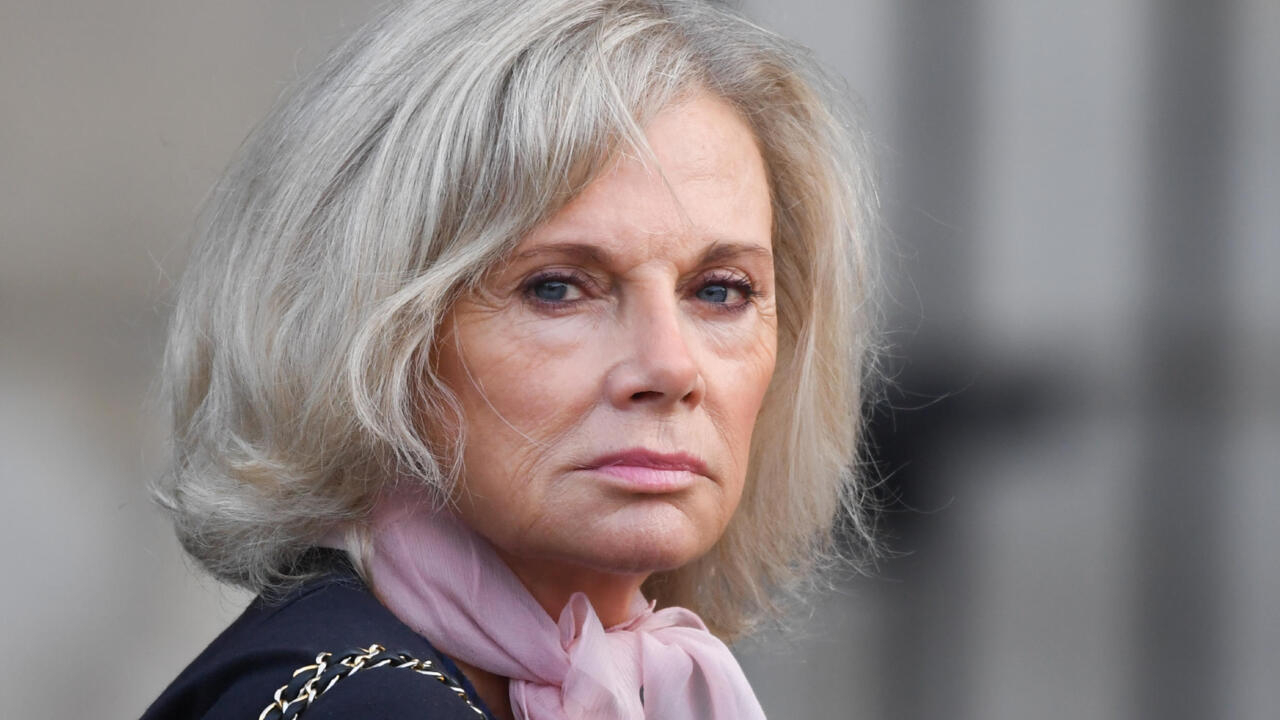 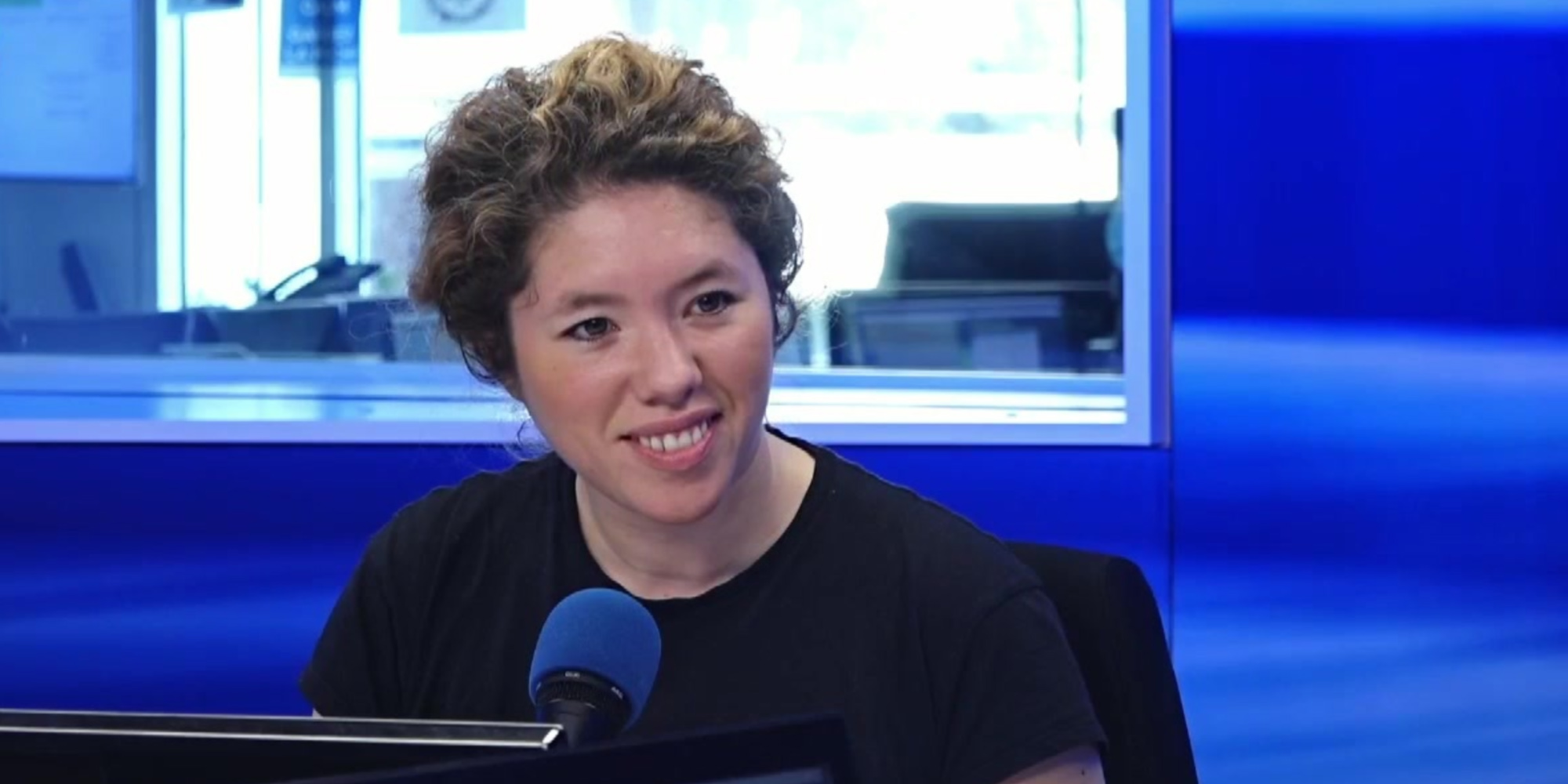 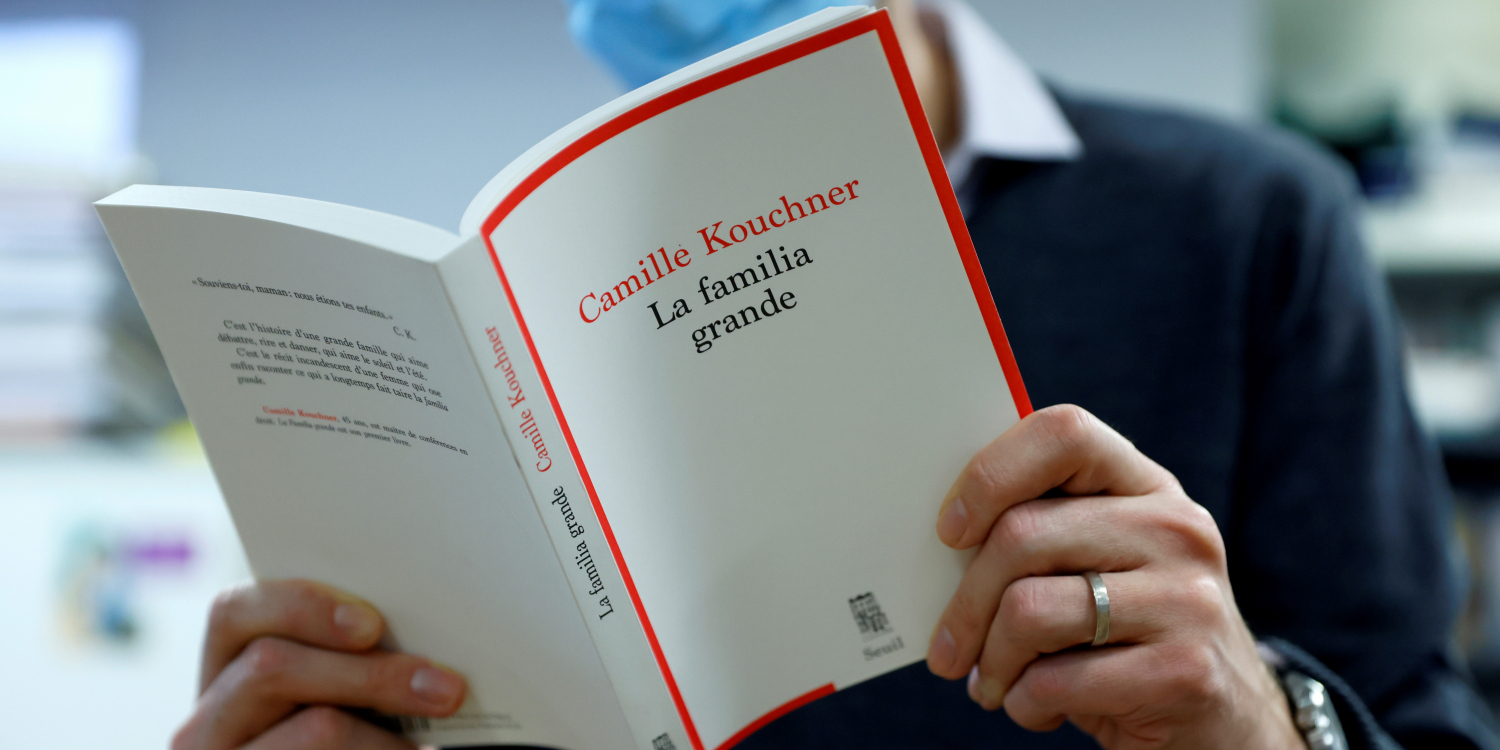 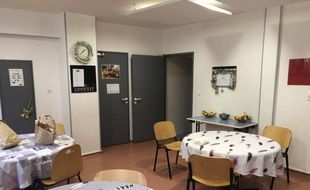 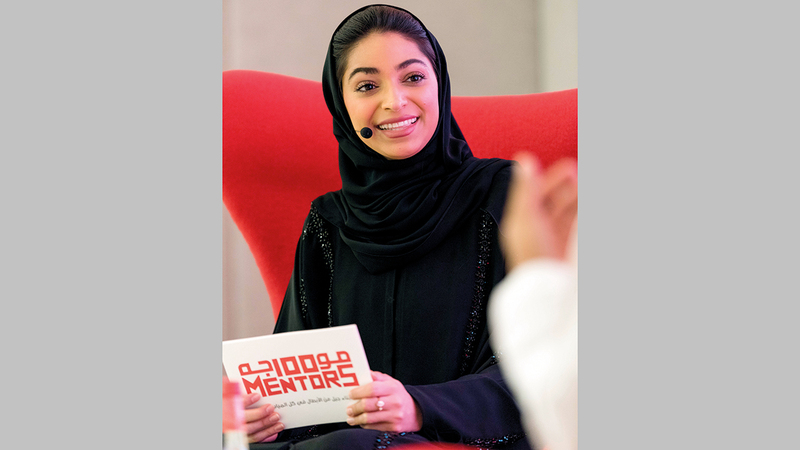 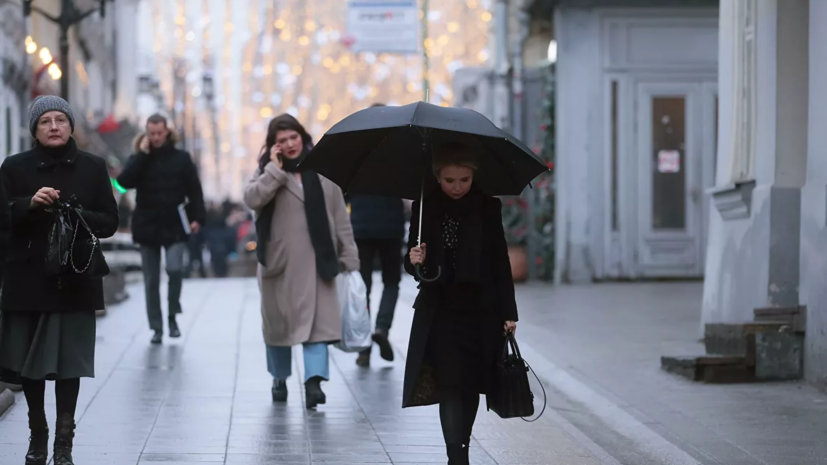