Lithuanian Foreign Minister Gabrielus Landsbergis said that the department is considering the possibility of introducing a ban on entry into the country for musicians Mikhail Shufutinsky and Philip Kirkorov, who allegedly spread "Russian propaganda." Shufutinsky expressed doubt that such measures would really be taken and stressed that “Lithuania should be happy” when he arrives there. 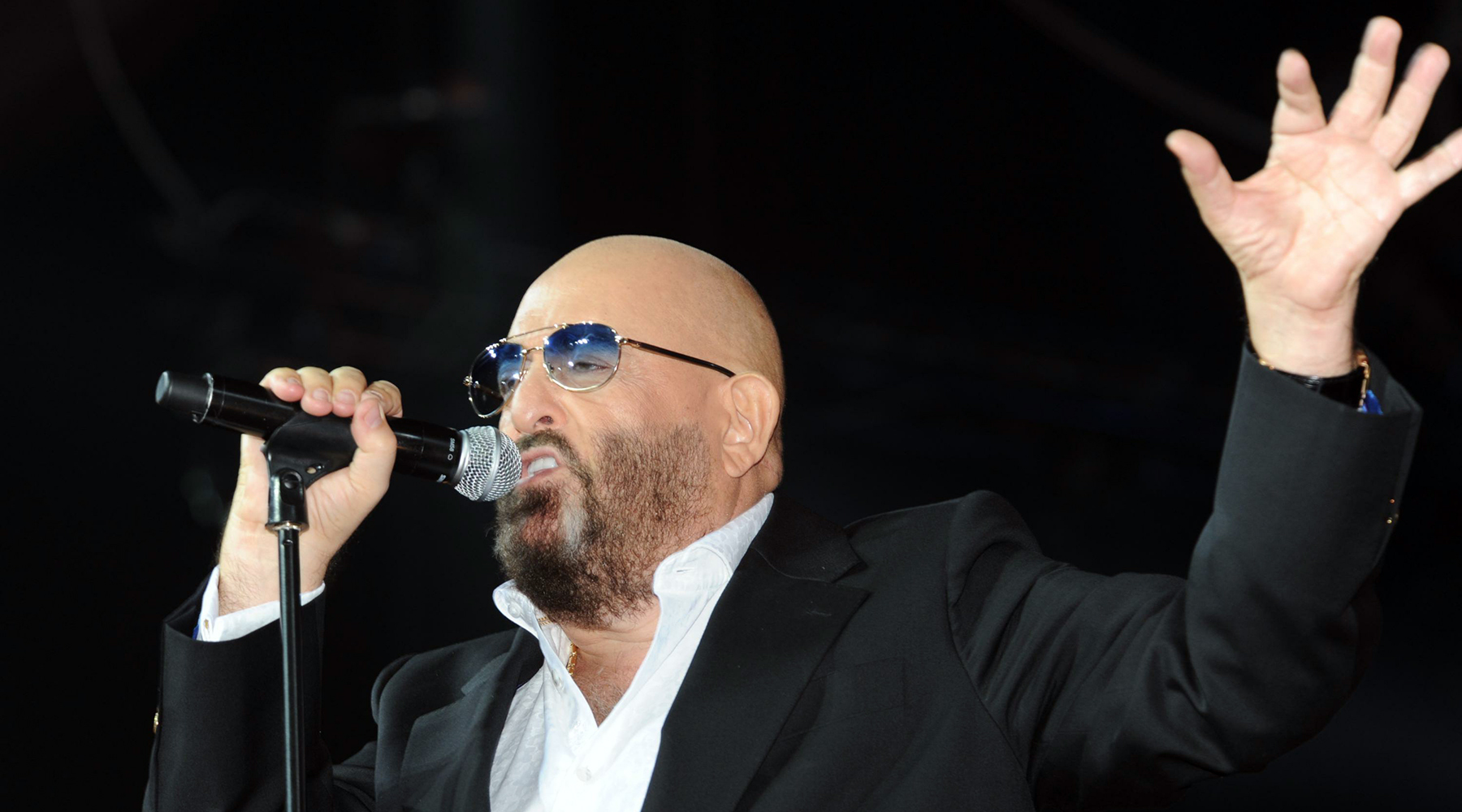 The Ministry of Foreign Affairs of Lithuania is considering the issue of banning entry for Russian singers Philip Kirkorov and Mikhail Shufutinsky, said the head of the department Gabrielus Landsbergis.

According to him, the concerts of the artists were considered an instrument of "soft Russian political propaganda."

"The Foreign Ministry has formed a working group that will assess the legal possibilities of banning the entry of these and other performers spreading Russian propaganda," Landsbergis said.

The Lithuanian Foreign Ministry began to consider the possibility of putting Philip Kirkorov and Mikhail Shufutinsky on the "black list" after the scandal over the payment of compensation for canceled concerts.

At the end of November 2020, the Lithuanian Culture Council allocated about € 13.7 thousand to the organizers of Philip Kirkorov's concerts to Bravo events, which incurred costs due to the cancellation of events in connection with the coronavirus pandemic.

Compensation of about € 17 thousand was received by the Mon voyage company, which worked with Mikhail Shufutinsky, whose concerts also did not take place due to COVID-19.

A certain journalist from Lithuania Andrius Tapinas expressed his indignation about the payment of compensation.

He called for attention to the fact that Mikhail Shufutinsky performed in Crimea, and Philip Kirkorov congratulated Russian President Vladimir Putin on his birthday, took part in the filming of a video in support of Belarusian leader Alexander Lukashenko and called Crimea “a favorite place in Russia”.

She expressed regret that the subsidies went to companies representing Kirkorov and Shufutinsky.

“The thoughts and actions of the abovementioned performers run counter to the values ​​of LSK and Lithuanian society, and in the competitions of the council, that is, they will not be financed within the framework of financing in which an expert assessment is given,” Urbanavicienė quotes Sputnik Latvia.

Lithuanian Minister of Culture Simonas Kairis assured that in the future the distribution of subsidies will depend on the experts' opinions about the “artistic value and quality” of the proposed product.

He also stated that “it is not the first time that doubts about the concerts of performers of“ pro-Putin ”views” have arisen.

Mikhail Shufutinsky said that he was not warned about a possible ban on entering Lithuania.

“I have not seen anything, I have no such information.

What are you talking about?

I am a United States citizen.

This cannot be, this is stupidity.

When there is exact certainty, then we will talk about it.

I have no idea about it ... So, we will perform with Filia without entering Lithuania, ”FAN quotes him.

However, according to Shufutinsky, he still will not be banned from entering and holding concerts.

“Lithuania should be happy when I visit them,” he concluded.

As for Philip Kirkorov, the question of banning the singer from entering Lithuania in January 2018 was raised by local deputy Laurynas Kasciunas.

As the main reason, he cited not the artist's creative activity, but his public statements - in particular, his approval of the reunification of Crimea with Russia.

Then Kasciunas' initiative did not find support, and in March 2018 Kirkorov visited Lithuania with concerts, and also voted in the presidential elections in Russia from a polling station organized at the Russian Embassy in Vilnius, Sputnik Lithuania reported.

“I am in a very festive mood today.

I am abroad, at the same time I am in the territory that was once called the Soviet Union ... Now we are divided ... But being here on tour now, I understand that there are no boundaries for music "- said the singer then ...

Kaschyunas asserted that Kirkorov was allegedly "used for the Kremlin's propaganda purposes."

The leader of the Lyube group, Nikolai Rastorguev, in an interview with RT, noted that in the case of Kirkorov and Shufutinsky, a certain role was played by a prejudiced attitude towards Russian cultural figures in general.

“If they were artists from another country, it would have gone unnoticed.

Irritation is always caused by the words "Russian", "Russian", "from Russia" and so on ... If you are an artist from Russia, you are Russian - you are already guilty a priori and are a propagandist of the Kremlin, "the musician said.

At the same time, Rastorguev expressed the opinion that the statements of the Lithuanian government do not correspond to the mood of the people.

“Relatively speaking, the authorities of these countries absolutely do not care what the public thinks about it.

At one time, we often went there - to Lithuania, and Latvia, and Estonia, and Ukraine ... From the point of view of show business, they deprived themselves very much, because inside them: in Ukraine, in Lithuania - show business as such has always been from Russia.

And there, of course, there is no such level, ”concluded the performer.

Nikolay Rastorguev was added to the database of the Internet resource "Peacemaker" back in 2014.

In addition, he was banned from entering the territory of Ukraine - after the coup in this country, a similar measure affected many Russian artists.

In 2015, the Ministry of Culture of Ukraine for the first time presented a list of persons who allegedly pose a threat to national security.

Since then, the list has been replenished several times.

Only in 2020, the names of such cultural figures as Aleksey Guskov, Maxim Fadeev, Boris Shcherbakov, Pavel Trubiner, Diana Terkulova, Larisa Nadiktova and Valery Syutkin were added to it.

Also on the list are Gerard Depardieu and Steven Seagal, who are Russian citizens.

In 2018, the singer Natasha Koroleva, who was born in Kiev, filed a lawsuit with the European Court of Human Rights over a ban on entry into Ukraine.

In 2016, she became banned from entry for five years (however, at the moment, her name is not on the “black list”).

According to the artist, the SBU saw extremist features in her song "Little Country".

Since then, Koroleva has only been able to attend her grandmother's funeral in 2017 as an exception.

Also, since 2014, the Latvian Foreign Ministry has banned entry for Russian artists.

The head of the department said that the measure is related to the situation in Ukraine.

Among the first were Oleg Gazmanov, Iosif Kobzon and Valeria (Alla Perfilova).

Singer Grigory Leps is banned from entering several countries at once.

He is on the "black lists" of Lithuania and Latvia.

In particular, representatives of the Lithuanian authorities linked the ban on entry to what the media calls the singer “one of the favorite performers of the Russian mafia”.

In 2013, Leps was blacklisted by the US Treasury Department on suspicion of links with the Brothers Circle criminal group.

The artist emphasized that the charges were not true.

In 2016, the performer was not issued a British visa without explanation, and in 2018 Leps was unable to enter Israel.

Actor and director Ivan Okhlobystin in 2014 was on the list of persons who are not allowed to enter Latvia, Estonia and Ukraine.

Also on the territory of Ukraine it is prohibited to rent any films with the participation of the artist.

All of these measures were reportedly introduced after Okhlobystin's visit to the self-proclaimed Donetsk People's Republic.

In 2016, the artist received a DPR passport.