The live broadcast is "dramatically", the "bargaining" you see may be "script"

The live broadcast is "dramatically", the "bargaining" you see may be "script"

When he clicked into the live broadcast room, it happened that the male anchor was promoting a product. While he shouted that he would cut the price to break the sales volume of 100 million yuan, he quarreled with a woman next to him who was called a "manufacturer".

In order to reduce the price, the two sides "roared through their throats" in the live broadcast room, and the scene was lively and exaggerated.

With the escalation of the quarrel between the two parties, the traffic in the live broadcast room also increased.

Ma Si found that the price of this product was slowly lowered during the quarrel, "but when it reaches its lowest point, the price is more than 20 yuan more expensive than other live broadcast rooms."

Afterwards, Ma Si posted a lot of videos on the Internet with many similar styles. Most of them were bargaining, team "infighting", and quarrels. "Most of them are exaggerated, and they know they are fake at first glance. The audience also watched it lively. Not many people actually place orders." She laughed.

With the development of the live broadcast industry, the psychological threshold for users to open a live broadcast room is getting higher and higher. Anchors who want to compete for more eyeballs and traffic have to face a problem: traffic is getting less and less, and it is getting harder to sell goods. .

So some people began to "snip the front" and stage a "big show" in the live broadcast room. Behind it, the line of live broadcast delivery scripters was born.

Professional customization is charged by time

"A successful live broadcast has a well-planned plan and scripted words with'high EQ' behind it to promote the efficient conversion of live broadcast sales." This is a promotion by a live broadcast script maker on an e-commerce platform slogan.

In the past year of 2020, the whole nation has carried the banner of live streaming to bring goods, and the entry barrier for live streaming seems to be getting lower and lower.

A pool is bustling and lively, and for the flow of traffic, the anchors also have "various tricks".

On Weibo, some people formed the topic "Selling goods live, but also learning acting", which included a lot of deductive anchor videos with goods. This topic has more than 40 million followers.

The live broadcast mentioned by Ma Si is in the hot spot on this topic.

What is the secret to the success of live delivery?

How much does it cost to customize a "big picture" with "good pictures"?

The reporter found that using "live script" as a keyword search, this "secret book" can be seen everywhere on an e-commerce platform.

A material that includes hundreds or even thousands of live scripts is priced from a few yuan to a few hundred yuan.

Subsequently, the reporter consulted as a buyer.

The reporter found that in addition to selling packaged materials, there is also one-to-one professional customization.

The reporter consulted 3 merchants that customized live broadcast scripts, and their responses were almost the same.

Generally speaking, to customize a live delivery program, the customer only needs to provide product information, price, number of people leaving the country, and the host. The content obtained includes scripts, processes, words, and interactions, almost covering all the words included in a live broadcast. And process.

Charges are calculated based on the duration of the live broadcast, which is 200 yuan per hour.

According to the other party, it takes about 2 hours to broadcast 10 products for a general cargo anchor.

And such a set of "templates" can be used repeatedly, a 10-hour live broadcast, a 2-hour plan can be done.

The price of a small video script with live streaming is higher, and it is also charged according to the length of time. The charge is about 100-200 yuan per minute.

The other party told reporters that recent plots such as team conflicts, quarrels, and false bargaining are more popular with customers.

Regardless of whether it is the plan or the customization of the video script, the other party said that it does not guarantee the final profit. "The final live broadcast effect script accounts for half, and the product and the anchor's personal charm account for half." He said.

"Almost all IP has a planning component

There is a team behind the real big IP"

"Scripting is actually a career with thresholds. It requires creators to have creativity, planning and other abilities." An industry insider, Xiao An (pseudonym) said, behind the real big IP, there is a team, and the division of labor is refined to planning, creativity, Script, split shots, shooting, etc.

"Almost all IPs have a planning element." He gave an example. For example, a well-founded team would replace the narration script with behavior, music, and pictures.

"In a nutshell, it's advanced. The fans attracted are also high-quality fans with strong monetization ability." On the other hand, anchors with crude content attract mostly "Keyboard Men" who like to watch lively. The quality of fans is not high and the conversion ability is not good. Strong.

Xiao'an said that the supply chain competition of live broadcast delivery has become fierce, and it has changed from the original supply chain to content creativity.

These fans are equivalent to social assets and can be monetized in other ways.

In this industry chain, the platform with all traffic is the key.

"According to the platform's traffic distribution system, MCN agencies have easier access to traffic resources than traditional individuals, but they are not stupid enough to make a loss-making transaction." He mentioned that there are many agencies on a live broadcast platform that often use exaggerated and no bottom lines. The video clips are eye-catching. Dozens of marketing accounts with a certain fan scale are produced in one go, and then the marketing accounts are sold, and the people who take over will find ways to transform and realize.

"Although these numbers are not valuable, many people are willing to take over."

Many of the materials packaged and sold on the Internet include live broadcast scripts of the platform’s anchors. With this "secret book", can they become the next Li Jiaqi and Wei Ya?

"Impossible." Xiaoan said, each IP has its own uniqueness, and the creative team behind it is the support.

"The relationship between a lot of creative teams and KOLs is the relationship between fish and water. To keep the water alive, you need the creative team to help it get traffic before the business team can connect with high-quality business." A successful KOL Behind the team is multi-dimensional empowerment. He emphasized that good brand resources represent long-term values, and high-quality business can add luster to the team, and vice versa.

"So far I have not seen an MCN organization that stands out by virtue of shoddy content." Xiao'an said, small anchors who compete solely on homogenized low-quality content, "the same will not last long." 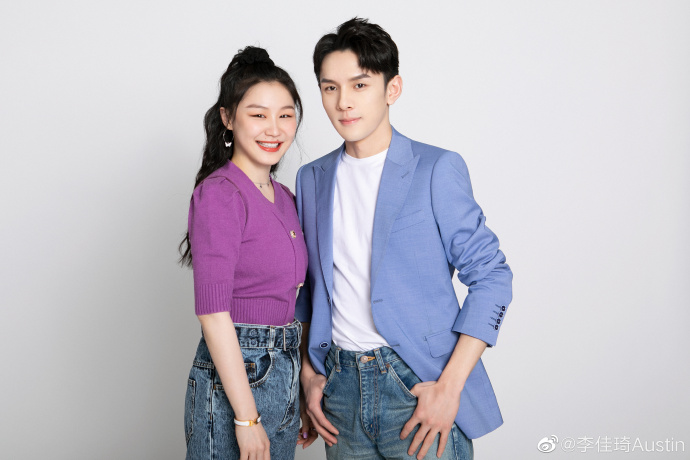 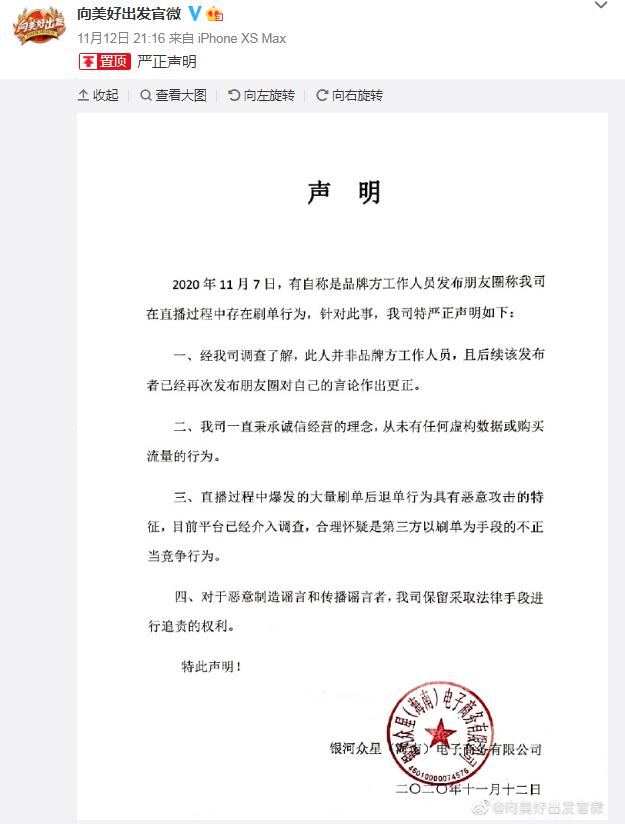 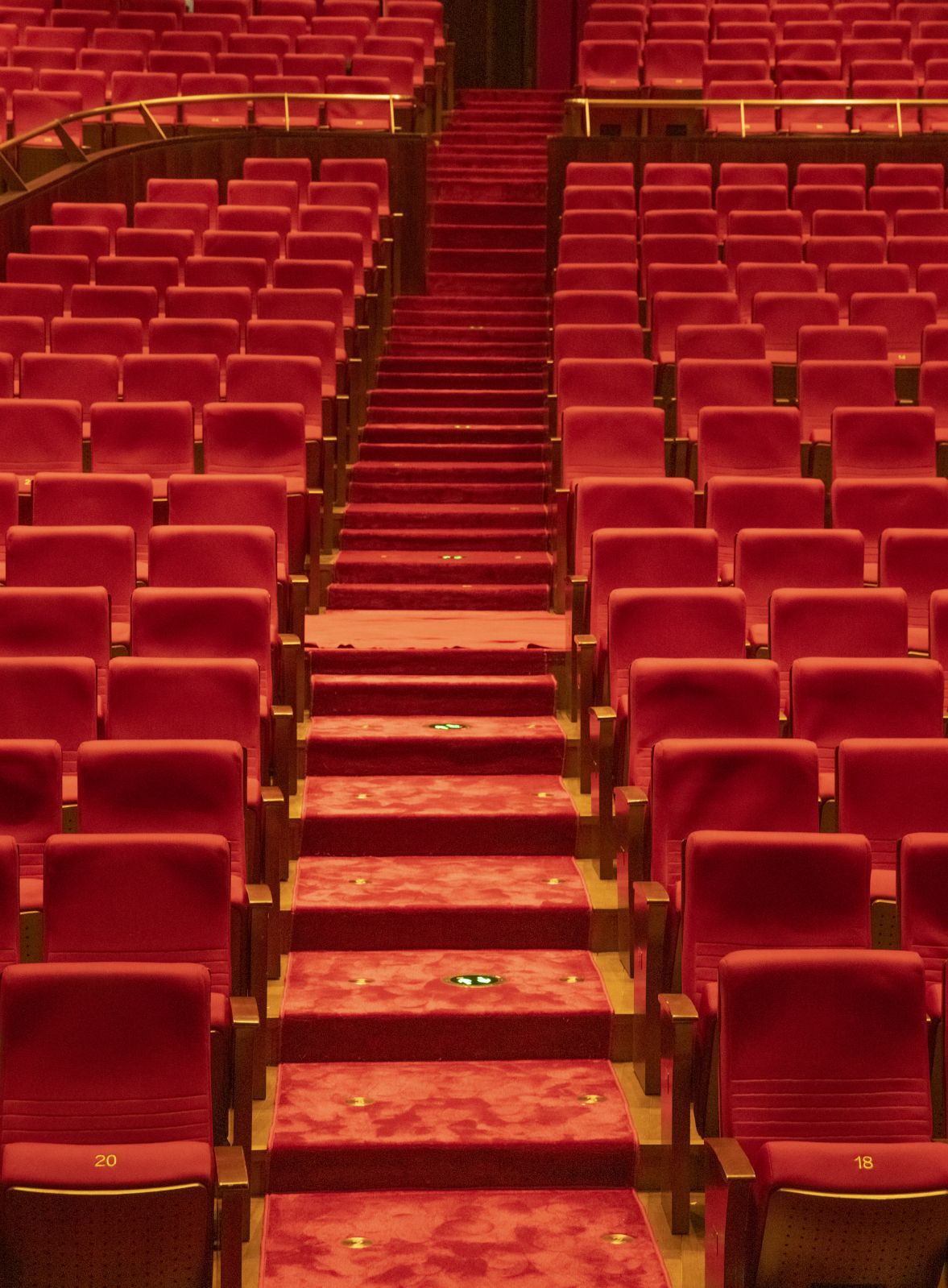 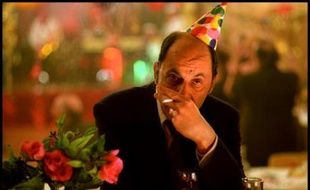 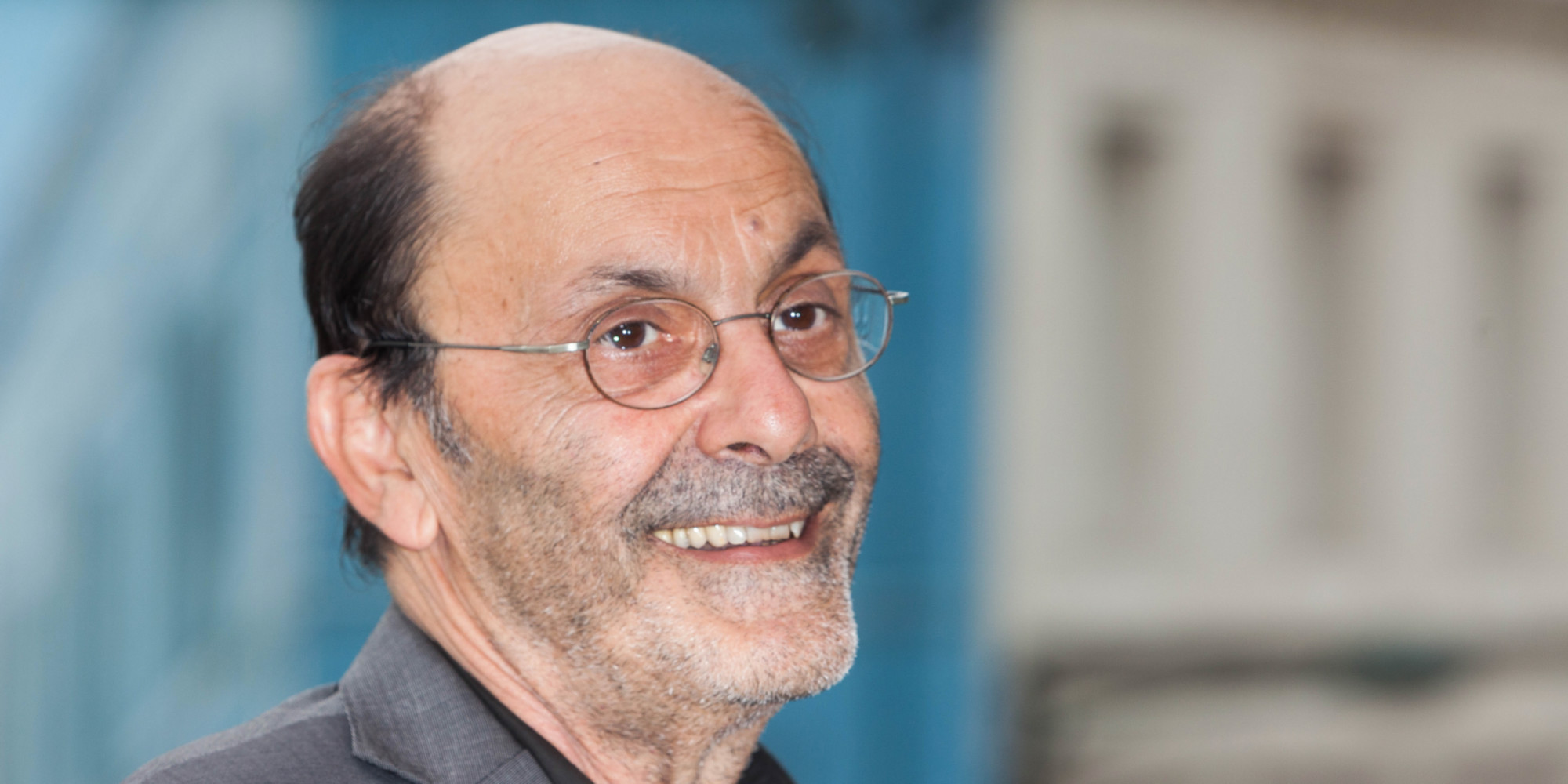 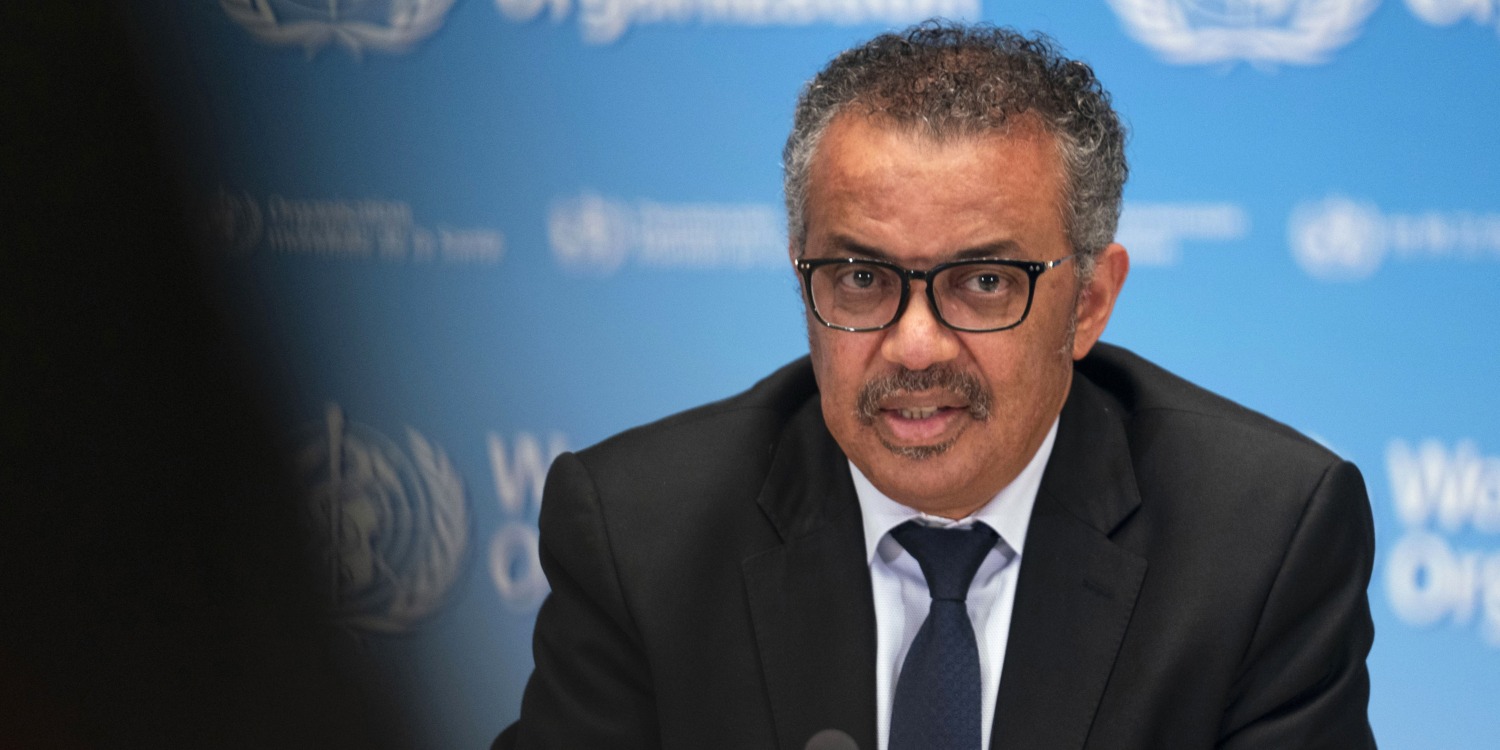 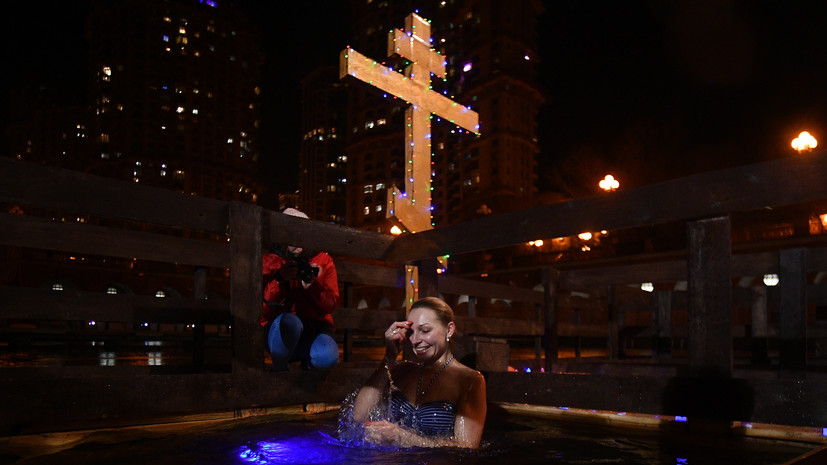