The filming of the Netflix series "The Improbable Killer" is underway. Curious passers-by on Sveavägen in Stockholm have in recent days been able to follow the work of recreating the Palme murder. 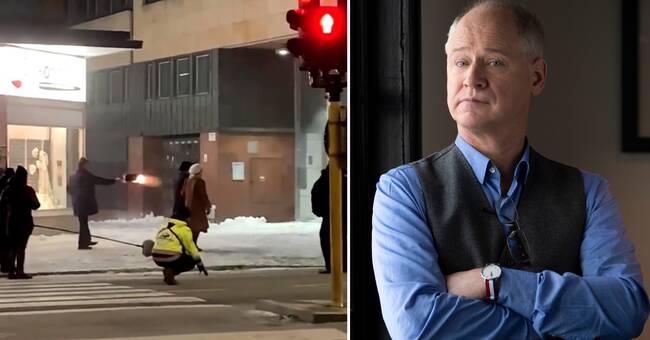 The series premieres in the spring of 2021 and is based on Thomas Pettersson's book "The unlikely killer: The Skandiaman and the murder of Olof Palme".

Robert Gustafsson plays the role of Stig Engström, who in June 2020 was singled out as Olof Palme's killer by prosecutor Krister Petersson.

There was no trial and the preliminary investigation was dropped because Engström had died.

Appeals to turn off Christmas lights

This week, the production company FLX has blocked off the place where Olof Palme was murdered, at the corner of Sveavägen / Tunnelgatan in Stockholm, to record the scenes from the night of the murder.

FLX has recreated the shop windows around the place to a time-typical environment and sent out a letter to the residents in the area where they appeal to turn off Christmas lights that can interfere with the recording, Expressen writes.

We are keen to be able to achieve authenticity in the images and the goal is to recreate 1986 as best we can with today's street image.

", it is written in the letter that the newspaper has read.

See clips from the recording above.

The cultural news is looking for FLX.