In Denmark, the protagonist of a new children's TV series is causing a stir. Because the character, which literally means "penis man", has the largest genital in the world. In doing so, he divides the country. 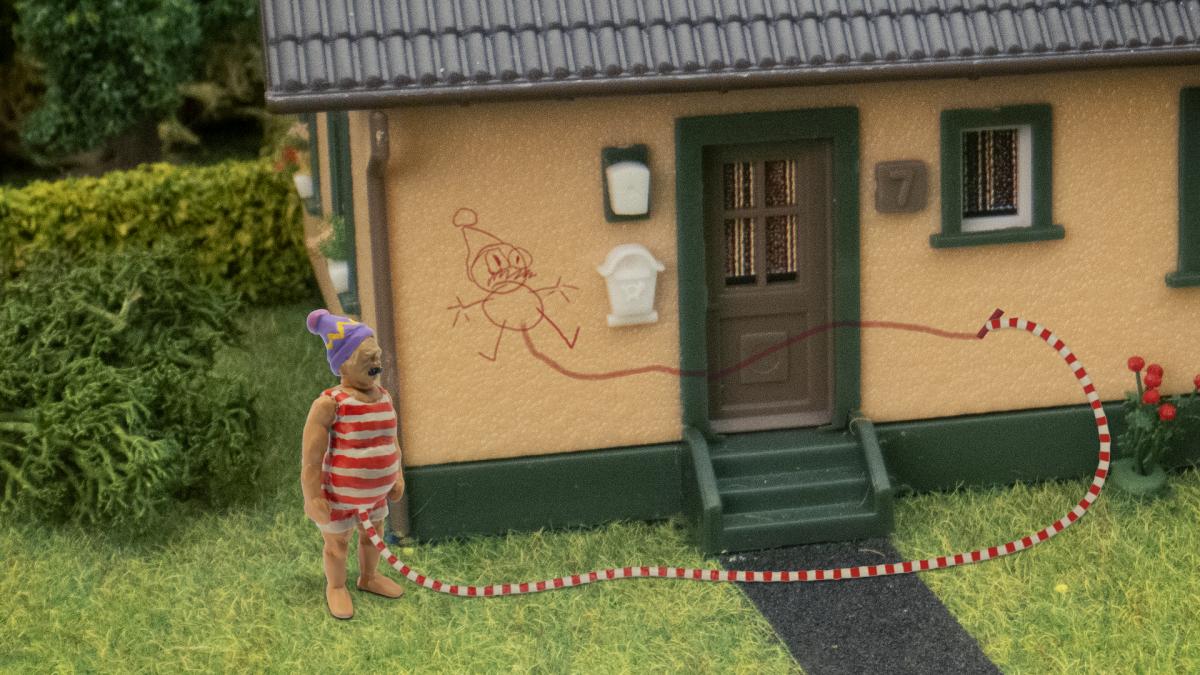 A new children's show is causing trouble in Denmark.

Because the protagonist of the same name in the series "John Dillermand" - in English: John Penis-Mann - carries the world's largest figure.

Often it is also outside of his pants, in this state Dillermand is more skilled than many people with their hands.

For example, the man with the black mustache can steal their ice cream from children, lure lions away from people or hold balloons, thanks to which he then flies off - before an elderly lady drops him again with a targeted shot from her rifle.

According to the Guardian, the program is tailored to children between the ages of four and eight.

Not everyone in Denmark likes that.

The series sparked debates about whether children should see such images and whether a superhumanly equipped main character can even be a good protagonist for a TV series in #metoo times.

“The program is meant to be harmless.

Author Anne Lise Marstrand-Jørgensen asked if a man who couldn't control his penis was really the kind of message children should be taught.

Christian Groes, gender researcher at the University of the Danish city of Roskilde near Copenhagen, thinks the series supports the ideas of patriarchy and normalizes the “locker room culture” that excuses sexist behavior by men.

“(The broadcast) is meant harmlessly,” says the researcher.

But there are also advocates of unconventional broadcasting.

According to the psychologist Erla Heinesen Højsted, the program offers many positive behavioral incentives for children.

Despite his exhibitionistic tendencies, Dillermand is a good guy who takes responsibility for his actions: “For example, if a woman tells him on the show that he should keep his penis in his pants, then he listens.

Children find genitals amusing, the adult critics mainly projected their own ideas onto what is shown.

The broadcaster, the Danish version of the public service, has already attracted attention in the past with controversial programs that made critics fear for the spiritual well-being of children in the country.

Uncle Reje can also be seen there from time to time, who has made it well known through fecal language, pipe smoking and an aversion to personal hygiene.

And only last year a format aroused international attention in which adults undressed in front of children to show that human bodies usually don't look like the ones on Instagram photos.