"National Geographic" presents the new documentary series "From the Top"

National Geographic Abu Dhabi begins broadcasting, on Monday, the premiere of the series of new documentary shows entitled: “From the Top”, the first of which is the episode “India from the Top.” The series is broadcast weekly, every Monday at 11 pm, and includes later shows, such as “Egypt From Top, and Europe from 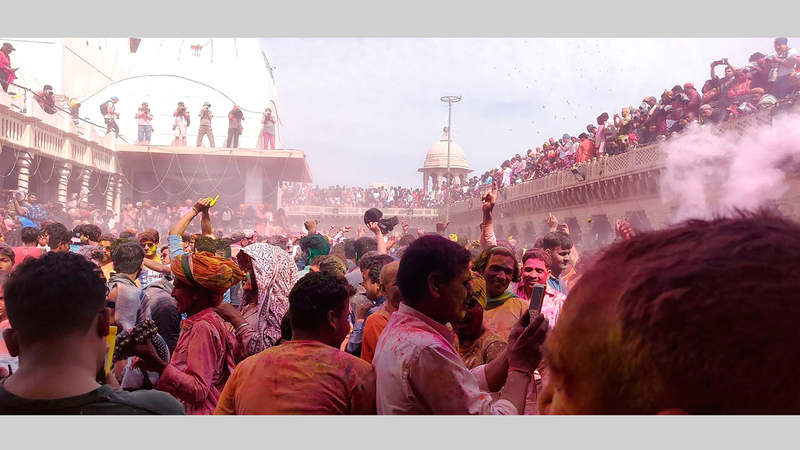 "India" is an amazing creative journey

"National Geographic" presents the new documentary series "From the Top"

The series highlights the unique connection between modern India and its ancient roots.

National Geographic Abu Dhabi begins broadcasting the premiere of a series of new documentary screenings entitled: "From the Top", the first of which is the episode "India From Above".

The series is broadcast weekly, every Monday at 11 pm, and includes subsequent shows, such as "Egypt from the Top" and "Europe from the Top".

The episode "India From Above" includes an amazing creative journey that includes special footage shot from the air of about 900 million voters in India heading to polling stations to choose the new government in the largest democratic movement in world history.

It also addresses the Indian people from the geographical, cultural, technological and historical aspects of India, in the first television production documented with the latest 4K technologies and unmanned aircraft.

The series highlights the unique connection between modern India and its ancient roots, as well as the most prominent natural wonders that characterize India.

The viewers' visual journey continues into the heart of India, exploring the Kumbh Mela Festival, the largest religious gathering in the world, and from the stunning vistas of the giant solar power plant in Tamil Nadu.

The filming of the series took place over a year and during the four seasons, to showcase the reality of India as a diverse and vibrant country.

The presentation of this distinctive documentary on the National Geographic Abu Dhabi channel is part of Abu Dhabi Media’s goals to provide the best and most recent entertainment and educational content.

One million voters in India ... constitute the largest democratic movement in the history of the world.

Later offers, such as "Egypt from above" and "Europe from above."