Three combos of cold air! Beijing may challenge the coldest record since the 21st century

As soon as I went out this morning, I was dizzy by the wailing winds of Beijing!   Xiaoxin would like to interview Cold Air on behalf of the northern partners: "Are you trying to freeze us?? Are you trying to hinder our enthusiasm for work??"   Okay, you succeeded.   Entering the new year, not only time has completed the transition, even the cold air has also completed the "work handover". Th 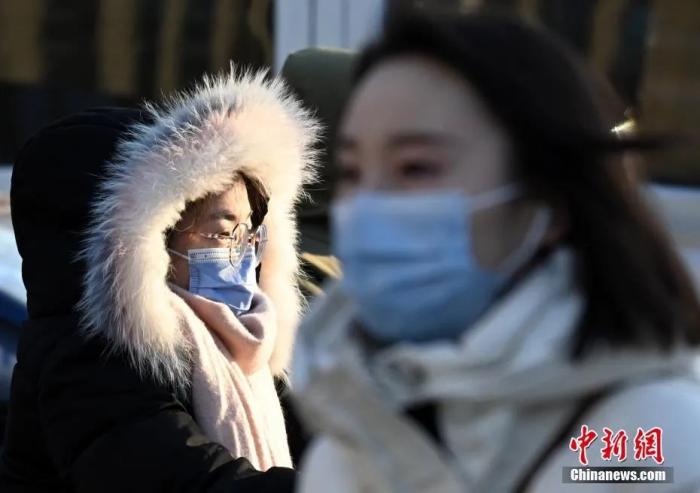 As soon as I went out this morning, I was dizzy by the wailing winds of Beijing!

The cold wave at the end of 2020 has just gone, and the temperature has not yet warmed up, and there have been three cold air arrangements in January.

The wave that was going on on the 6th was stronger.

From the 6th to the 8th, a strong cold air swept through most of my country's central and eastern regions, and there will be strong winds in many places to cool down.

On the morning of January 5, the Central Meteorological Observatory issued the first cold wave blue warning for 2021.

Currently, the cold wave warning is still in effect.

Data map: On January 5, citizens of Shijiazhuang, Hebei, went on a "cover" trip.

The coldest time of the year is here!

How cold is this day?

It is no longer a question of whether to wear long trousers or cotton trousers. It is directly testing your willpower and desire to survive.

Cold air, listen to the voices of the children--

According to the Central Meteorological Observatory, affected by strong cold air, from 08:00 on the 6th to 20:00 on the 8th, the eastern and southern parts of Northeast China, the eastern part of Northwest China, most of North China, Huanghuai, Jianghuai, Jianghan, Jiangnan, eastern Southwest, and South China Most places such as Taiwan, Taiwan Island, etc. will drop by 6-8°C successively. Among them, the temperature can reach 10°C in parts of southwestern Shanxi, central and southern Shandong, most of Jiangsu, Shanghai, northwestern Jiangxi, Zhejiang, and northwestern Fujian.

There will be northerly winds of magnitude 4-6 and gusts of magnitude 7-9 in the area north of the middle and lower reaches of the Yangtze River.

In fact, on the 4-5 days, a weak cold air has entered the eastern part of Northwest China, North China, Huanghuai, Jianghuai and other places, and the temperature generally dropped by 4 to 6°C.

On the 10-12th, there was also a cold air replenishing the south to affect my country, and the temperature in the central and eastern regions dropped by 4 to 6°C.

However, the current wave of cold air is the most "fierce" of the three cold air.

"This cold air should be paid special attention." Hu Xiao, the chief analyst of China Weather Network, said that due to the 2939 alternate time period, the base temperature is very low and feels colder than the cold wave at the end of 2020.

Under the continuous suppression of cold air, the temperature in the central and eastern regions will once again turn to a significantly lower level. The temperature in 20 provinces, autonomous regions, and municipalities may reach a new low this winter.

It can be said that under the "blessing" of the three cold air, the coldest time of the year has really come!

On January 5, citizens of Shijiazhuang, Hebei, went on a "cover" trip.

Beijing may challenge the coldest record since the 21st century

The cold wave at the end of 2020 "quick freezing" in the central and eastern regions, and some places even dropped by more than 16 degrees.

Although the cooling rate of this cold wave is not so drastic, the body temperature will be even colder!

Fang Chong, the chief forecaster of the Central Meteorological Observatory, said that although the cooling rate is slightly smaller than the "New Year's Eve" on December 27 to 31, 2020, many places have undergone the previous round of "crushing" of cooling. "Temperature" is relatively low. It is expected that after this round of cooling, the lowest temperature in parts of my country's southern northeast, northern China, and eastern Huanghuai will hit a new low since this winter.

Judging from the highest temperature, the northern part mostly cools down to a low point from the 6th to the 7th.

In big cities, the highest temperature in Harbin, Changchun, and Hohhot may reach -20°C; Jinan -8°C is a very rare low temperature in January, or exceeds the extreme temperature of the 2016 overlord cold wave.

For example, in Beijing, according to the data updated by the Beijing Meteorological Observatory at 6 o'clock on the 6th, during the day on the 6th it was sunny and cloudy, with a northerly wind of about 5 (Gust 8 or 9), and a maximum temperature of minus 10℃; The lowest temperature is minus 17℃.

The Beijing Meteorological Observatory issued the first yellow warning signal for strong winds in 2021 at 16:30 on January 5, and initiated a Class IV emergency response to major meteorological disasters (low temperature).

What is your degree today?

Can cotton trousers hold it?