The Al Ain Film Festival, in its third session, which starts on January 23, has chosen 27 films to participate in the Falcon Competitions for "Residents" and "Students" films, which include a variety of distinguished cinematic works. 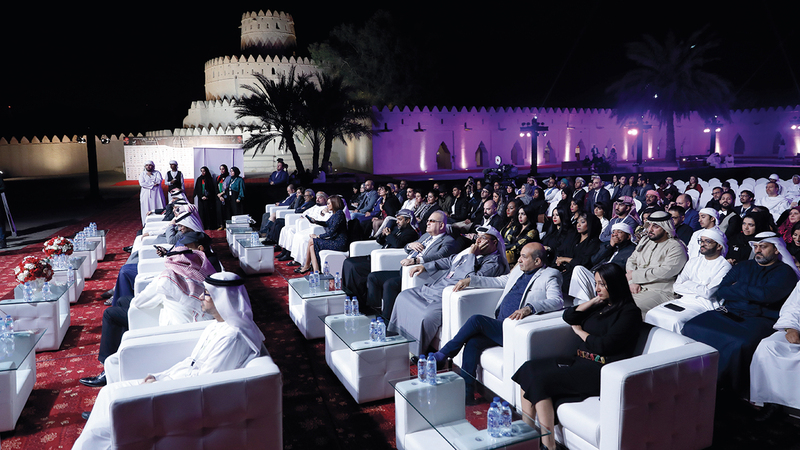 The festival supports the creativity of the young "seventh art" makers

The Al Ain Film Festival, in its third session, which starts on January 23, has chosen 27 films to participate in the falcon competition for "residents" and "students" films, which include a variety of distinguished cinematic works.

The festival, whose new session will continue on this 27th, announced that choosing this group of films confirms the festival’s approach since its inception, and its direction in supporting youth cinema and the new generation of “seventh art” makers, to serve as the most prominent platform to display their creativity and films on its screens.

The films that will be shown in the Star Cinema at Wadi Mall in Al Ain City on the 24th, 25th and 26th of this month were chosen to compete for the Falcon Prize for the "Residents" films, and their stories vary between drama, thriller, fictional and comedy, which allow all nationalities to participate in them, provided that Arab and foreign directors are residents. In the Emirates, it is limited to short films.

The works varied between American, Indian, Egyptian, Jordanian and Iraqi, and their stories and directorial artistic elements met the conditions for acceptance.

The films are "The Last Meal" by the Indian Sachin Augustin, "The Wonderful Man" by the Indian Royston Fernandes, "A Brown Woman on the Road" by Egyptian Mahmoud Mahmoud, "Room 19C" by the Jordanian Laith Al-Ramahi, and "Feng Shui" by the Egyptian Mohamed Farag, and " A mirage by Iraqi Jassim Abdullah Al-Tamimi, and “on the 27th of May this year” by Egyptian Mustafa Murad, “10” by Egyptian Muhammad Samir, “elementary brilliance” by American Liu Wong, and “ten” by Egyptian Youssef Freska.

While the «Eye Cinema» in the «Falcon for Student Films» competition selected 17 films, which are a selection made by school students from new talents, which will transfer scenes to different worlds full of excitement, adventure and seriousness, as this competition creates awareness and cinematic mobility among generations Next, in preparation for their involvement in the film industry, and spreading the culture and love of filmmaking.

Among the most prominent films in this category are: “Photo Album” by Ali Lari, “A Child Within You” by Ahmed Muhammad Al-Mazem, “Space Tourism” by Hamad Al-Amiri, “Unexpected” by Sultan Abdullah, “Amal” by Noura Hamada, and “A Higher Level” ”By Ahmad Al-Ali,“ Making a Video Game ”by Abdullah Obaid,“ Making the Horror Machine ”by Amr Luqman,“ Al Majbous ”by Ahmad Al-Rumaithi,“ Throb ”by Sultan Khamis,“ Space Leap ”by Adnan Wajih Al-Ajami, and“ Reehah Aboy ” By Fawzia Muhammad, “2020 Quarantine” by Fatima Jassem Falamerzi, “Patient 31” by Hazza Al-Mansouri, “My Special World” by Khadija Al-Yaqoubi, “The Box” by Omar Al-Taher, and “Shoka” by Dana Al-Maraghi.

"Falcon for Student Films", in which a select group of works made by school students from new talents competes.

The current third session of the festival kicks off.