For nearly 90 years, Robert Hossein juggled between cinema and theater, going so far as to marry the two in the great titanic productions he directed. Actor-director,… 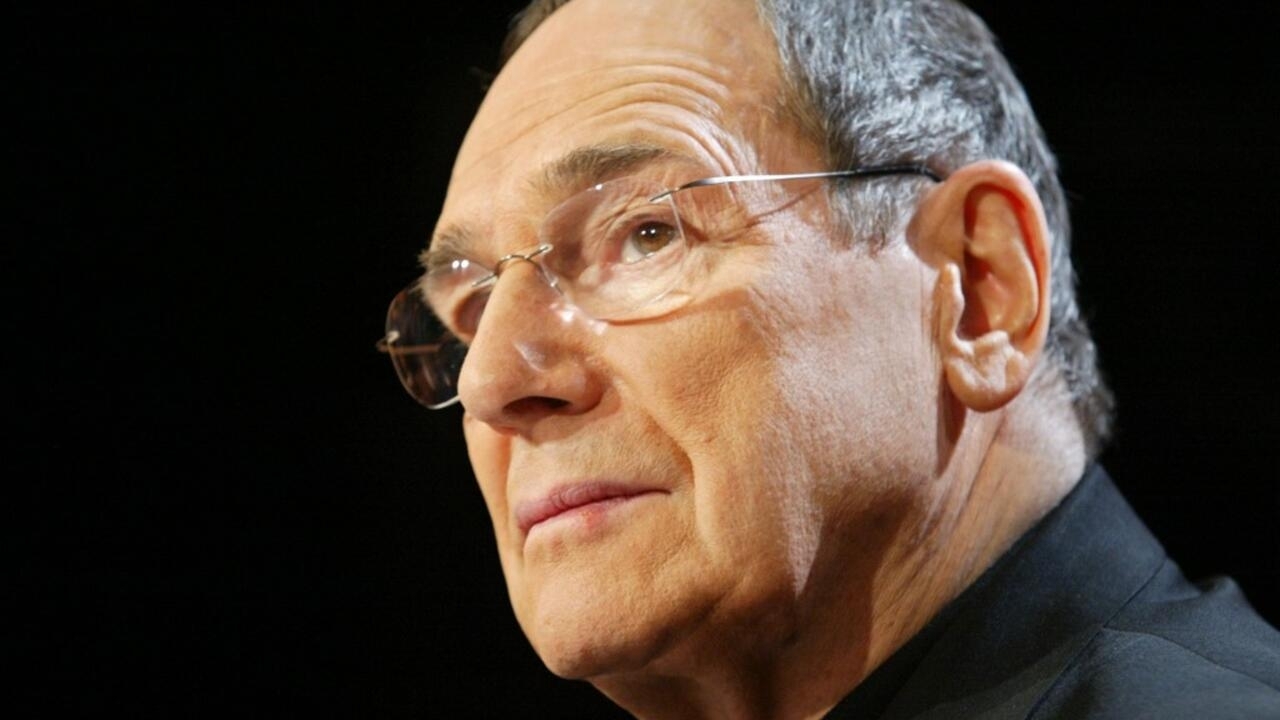 The French director and actor Robert Hossein poses on March 4, 2003, during the recording of the literary program "Vol de nuit" by TF1, at the Maison de la Radio in Paris.

For nearly 90 years, Robert Hossein juggled between cinema and theater, going so far as to marry the two in the great titanic productions he directed.

Actor, director, screenwriter, director, producer ... Notably revealed by his role Joffrey de Peyrac in the film "Angélique, marquise des Anges", this monument of French art, deeply inspired by its Russian roots, sincerely transcended by a late faith but pegged to the body, passed away on December 31, 2020, at the age of 93.

Genius is 18 hours of work a day

” was one of Robert Hossein's mottos.

The one who will become one of the most prolific French figures of the 4th and 9th arts has not always been a workaholic: small, he assiduously skips classes.

He prefers the dark rooms of cinemas and theaters, where he goes in secret.

Born in 1927 in Paris, to a Russian mother and an Azeri composer father from Samaracande (Uzbekistan), Robert Hosseinoff (his real name) has established himself on screens and on stage as well as behind the scenes.

Spectacular jack-of-all-trades full of humanity, he has made his place and left his mark thanks to his patter first, but also thanks to his relentlessness.

Man in movies, man in women

Robert Hossein meets his first successes in the theater even before being of age.

And it is with

that he made his first film appearance.

He is barely past his twenties and only has an extra role.

But his career accelerated and we then noticed him in Du rififi chez les hommes, in 1955. It was also the year he made his first film, The bastards go to hell.

Since then, Robert Hossein has appeared in more than a hundred films, often sharing the bill with the big names of French cinema (Jean Gabin, Brigitte Bardot, Francis Huster, Jean Rochefort, Jean-Pierre Belmondo ...).

Fame is definitely acquired to him in 1964: he is Joffrey de Peyrac, the manhandled husband of Angélique, Marquise des Anges.

In the eponymous film and in the four others of the series, he plays the central role of the hero very comfortable with women.

A character half-played, so much Robert Hossein collected the conquests during his life.

I owe a lot to women.

I owe them everything and more,

When a show exists, it is because the women lead the men to it.

First with Marina Vlady, of whom he will have two sons, then with Caroline Eliatcheff, the daughter of Françoise Giroud.

She is only 15 years old, half younger than him when they vowed in 1962 and will give him a child.

Finally, he falls in love with Candice Patou, whom he nicknames "the heroic nurse".

The actress, mother of Robert Hossein's last child, shared her life for more than 40 years.

If he has directed more than fifteen feature films, it is above all for his talents as a director of blockbusters that the younger generations know Robert Hossein.

One of the common denominators of most of the shows it governs is the choice of grandiose epics, great moments in history.

His first feat of arms in this area is also Le Cuirassé Potemkine, in 1975. Robert Hossein has always remained attached to the Russian origins of his family.

He has also adapted for the theater texts by Gorky and Dostoevsky - authors whom he places very high in his literary pantheon.

His work and his life bear witness to his concern for the poorest and the excluded.

With extraordinary productions, he draws a portrait gallery, a veritable succession of images of Epinal: Danton, Marie-Antoinette, Napoleon, Charles de Gaulle ... Telling men and women in everything they have more extraordinary and more human.

Always, he is attached to the details of the realization, participates in all stages of production, staging.

What emerges from Robert Hossein's work is also his attachment to faith and to God: A man named Jesus (1983), Jesus was his name (1991), Jesus the Resurrection (2000) ... C t is moreover to the first of this triptych that the director owes his greatest success.

A man named Jesus attracts more than 700,000 spectators to the Palais des Sports in Paris.

Robert Hossein also dedicated a show to Pope John Paul II, and another to Mary.

Today, I believe in men because I believe in God ”, he declared in numerous interviews in the 2000s. To journalists who question him, between two portraits of his parents, he willingly shows the portrait. of Saint Thérèse of Lisieux, which he keeps religiously in his wallet.

In an interview with the Swiss newspaper

I came to God little by little, over a difficult youth and a tormented life, through the long inspiration that m have given writers, comics, musicians, painters, etc.

I have always looked for what improves the human condition, even with atheistic works - I played Sartre, I edited Genet, I staged Battleship Potemkine, communist hymn!

The cinema legend is back on the big screen in 2019 with The Fruit of Hope, a film directed by Alain Williams.

He plays a mayor whose little girl, a biology researcher, is on the verge of discovering a cure for cancer.

Invited on TV5 Monde in June 2019 to talk about the film, Robert Hossein declares: “

You have to try to do things very seriously, but not take yourself seriously because really, you are just passing through.

"" Genius is 18 hours of work a day, "Robert Hossein repeated.

This motto was always accompanied by another: "

And talent is to find others.

There was no lack of talent, even if he sometimes said the opposite.

In his shows or his films, Robert Hossein has never hesitated to grant central roles to complete strangers.

And today, it will mostly fail them.