2020 is coming to an end and it has become time for Kulturnyheterna's TV critics to decide what has been absolutely best on TV during the past year. If you are looking for something new to watch, here are nine highly recommended series, from cozy feelgood in Stockholm to a night black Spanish terror drama. 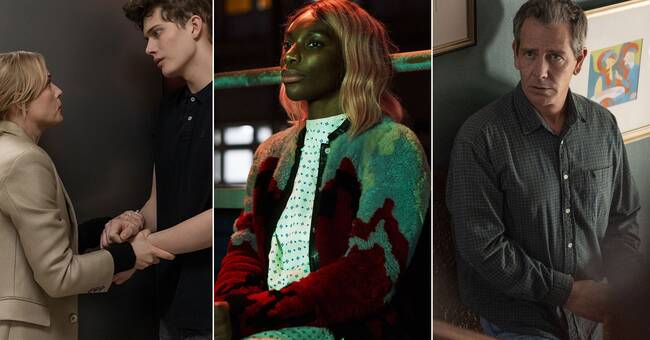 An extreme here and now feeling.

A well-formulated script that dissects various forms of power structures around gender, skin color and class - and at the same time manages to be engaging and entertaining.

In short, a series that puts the brain in social spin.

2: I know this much is true (HBO Nordic)

And a Mark Ruffalo who does both main roles: It could have been a speculative circus number, but Ruffalo is absolutely brilliant.

From ambitious production design that puts us there and then, in the muddy soil, to the theme of a Sweden in change.

Plus a wonderfully crackling hero, like a melancholy Dirty Harry.

I was very happy with this one.

I'm quite fond of romantic comedies, but it's often a rather hopeless genre, because there's so much rubbish.

Charm and personal chemistry are much more difficult than building an exciting atmosphere around or murder or a dramatic event.

But they have succeeded so well here.

A consultant and an IT technician work at the same publisher and start giving each other challenges to keep the everyday boredom at bay.

Patria is based on a Spanish bestseller and depicts two families in the Basque Country and begins during the years when the terrorist group ETA - which wanted to see an independent Basque Country - was most active in the 80s and 90s and ends in 2011 when ETA announces a permanent ceasefire.

The families end up on opposite sides of the conflict and suddenly one family has the whole village against them.

Patria shows a sect-like claustrophobia that arises in this small town when you have to keep a united front to the outside and at the same time fall apart from within and the ideology wedges itself between friends and family members.

Then when the ceasefire comes, both shame and identitylessness arise.

The absolute greatest asset with Normal people is the actors.

It is about a love relationship that lasts for a couple of years without ever being completely defined.

It starts with Connell being the coolest guy in high school and is working class and Marianne is one of the strangest girls and lives in a mansion where Connell's mother cleans, then they start at the same university in Dublin which is more Marianne's domain and the power relationship shifts.

The personal chemistry between Daisy Edgar-Jones and Paul Mescal is fantastic and Paul Mescal works very hard with tense jaws and restrained jaws - a bit like Heath Ledger in Brookeback mountain.

A slowly burning criminal horror about a creature that seems to eat the grief of its victims, and the unlikely gang that tries to stop it.

Unusually quiet to be a Stephen King film adaptation and canon acting by, among others, Australian Ben Mendelsohn!

US authorities tried to pressure Netflix to postpone the premiere until after the election.

The documentary comes so close to both the ICE Special Forces, whose job it is to hunt down and deport refugees, and the people whose dreams they crush, that they were afraid it would affect public opinion.

This nerve-wracking story has many threads, but the most memorable is the nervous chamber game in Raqqa, Syria, where two Swedish IS travelers struggle with life during the atrocities of the caliphate.