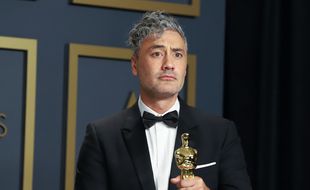 The project, called Reservation Dogs, has been validated by the American channel FX.

As Dazed relays, Taika Waititi and Sterlin Harjo co-wrote the series and will also be in production.

The story will take place in Oklahoma, and will follow the adventures of four teenagers of Native American origin who fell into delinquency.

“They spend their days committing crimes… and fighting them,” says the Oscar-winning director on Instagram.

I'm so proud to be a part of something that amplifies the voices of the natives and I'm especially proud to do it with my brother Sterlin Harjo, ”the New Zealand director said of his Native American colleague.

The eight-episode series is slated to hit screens in 2021.

The next "Thor", with Natalie Portman, will be very romantic, according to Taika Waititi