A trend of portraying motherhood has emerged in the Swedish influencer and media world. There is talk of the less glamorous aspects of being a mother - which has now been followed by debate on the cultural pages. 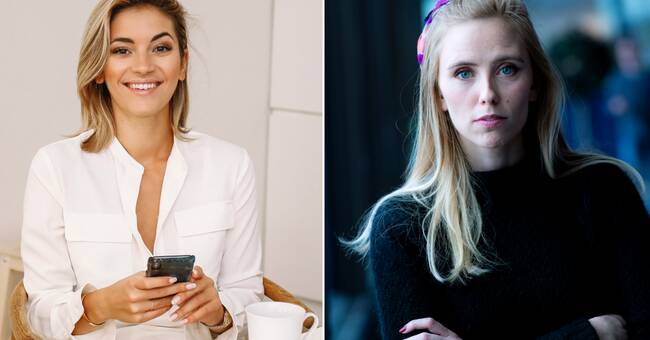 What was experienced negatively with the role of mother - such as fatigue, postpartum depression and not feeling well - was previously taboo to talk about loudly and was silenced.

Therefore, it has become a trend wave of media mothers who portray a transparent and "real" image of motherhood through social platforms, podcasts and books in response.

Examples that have come out this year are Emma Bouvin's book This is the best time in your life, Caroline Ringskog Ferrada-Noli's fictional TV series The Breastfeeding Room and Moa Wallin's podcast Mamma Moa.

In all descriptions, "recognition" is in focus.

A surplus of complainants

At the same time, the trend has aroused great emotions on the cultural pages, where the writers believe that the portrayal has received a negative focus.

Nanna Olasdotter Hallberg writes in a debate article in Expressen that she is "tired of spoiled media women's fucking whining about how hard it is to be a parent".

At present, you are not allowed to talk about how well you feel comfortable in the role of mother because then there is a risk of so-called "mom-shaming".

She wants a higher level of debate than complaining about how little you can sleep.

- You get false progressive points for being a bad parent even though you are not really, she says.

Elin Grelsson Almestad comments on last year's book release on motherhood and agrees with Olasdotter Hallberg that she is happy to hear other testimonies than those of the media women.

"Just like in the parenting flow in social media, it is only a special kind of life puzzle and everyday chaos that is described," writes Grelsson Almestad.

She believes that it is important with the descriptions to find a sisterhood between women and extend a hand to their followers.

- I wanted to talk about it and get support.

There is a need to discuss with other mothers about how things can feel when it is difficult and therefore I think that many influencers dare to bring it up, she says.