[Seubs夜]'I want to know' the case of abandoning the body of the Ara Waterway... Why was all of the victim's teeth damaged?

What was the killer trying to hide? On the 12th, SBS'I want to know that', with the subtitle'Ara Waterway Corpse Abandonment Mystery-What Did You Try to Hide the Criminal?' 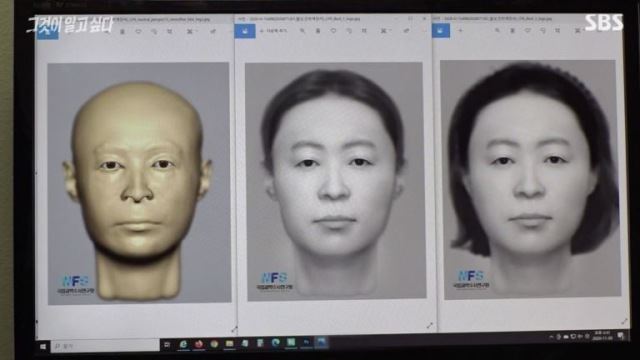 What was the killer trying to hide?

On May 29th, a damaged corpse's bridge was found on the Incheon Ara Waterway.

Accordingly, the Gyeyang Police Department in the jurisdiction organized an investigation team and conducted an extensive search.

In the meantime, an incident occurred in which a damaged body was found in Paju, and the police compared the DNA with the body of Ara Waterway.

As a result, the DNA of the two cases did not match at all, and the search continued.

And Eros, the body odor proof dog, found one more leg under the Gyul Hyundai Bridge, about 4 km away from the first discovery point.

The legs discovered every 9 days were found to be the same person, the owner of the body was female, and the blood type was B.

It was unreasonable to specify when the body was abandoned or when it died, since it is not known which part will rise above the water in a state where the body is separated.

Accordingly, the police investigated CCTV footage installed all over the Ara Waterway, but could not find any suspicious traces.

And on July 9th, a white bone skull and trunk are found in the hillside near Mt. Gyeyang.

This white bone, which is believed to have been abandoned in the mountains for more than a week, was also found to be the same body as the body of Arawater.

As a result, the police focused more on the violent incident beyond what was initially expected, but no clues were found other than the skeletonized body, and the investigation was halted.

And the police reconstructed the surviving faces through computed tomography of the skeletonized skull to complete the montage of the body of the Ara Waterway.

A woman with blood type B who died between March and April 2020.

So where was this woman's body abandoned?

The same was true of the experiment conducted by the production crew.

And about the body abandoned in the mountains of Gyeyangsan Mountain, an official from the mountaineering club speculated that "a person who knows geography seems to have been abandoned."

The opinions of the villagers were the same.

The expert said, "The culprit wants to check the body when they abandon or store the body. There is a high possibility that the body is abandoned in a place where they can see and go often and check it. It is very likely that it is a person who knows around the tunnel and has been to a lot." Analyzed.

"It is not possible to specify only the area between Mt. Gyeyang and Ara Waterway. However, it is highly likely that the person lives or works in the western part of Seoul, Incheon, and Bupyeong." "We won't be abandoned here."

In a situation where it was difficult to specify the corpse and the place where the corpse was abandoned, the production crew paid attention to something special about the corpse.

There were only 3 teeth left in the skull of the abandoned body.

And among the remaining teeth, it turned out that there was a gold inlay on the 27th tooth, and the resin treatment marks on the 37th and 46th teeth.

The dentist pointed out that "the only tooth that can be used when searching for dental records is tooth #27. However, there are many people who have been treated with gold inlays and the treatment type is not special," he pointed out that it is difficult to identify the body with this.

But another trace caught my eye.

The expert analyzed that "usually, if there is an asymmetry of the mandible, small molars are extracted to correct teeth."

He also pointed out that canine teeth cannot be easily removed by any impact.

At the same time, the expert speculated that the teeth were extracted by the criminal just before or immediately after death, saying, "It was extracted at the time of death or after death," looking at the condition of the body's teeth.

And all experts said that this was unusual.

In addition, experts said, “There must be a reason to remove the tooth.” “I did a very laborious and difficult job. I would have been reluctant to expose the victim's teeth. And if the braces were attached, it was possible that the body was deliberately removed because it was easy to identify the body. There is" analysis.

In addition, the victim's teeth are in the form of the upper teeth covering the lower teeth, and there is a possibility that they were orthodontic patients before orthognathic surgery.

In addition, if there are many traces of treatment among the teeth, it is easy to identify the victim, and the tooth may have been deliberately removed to prevent this, he added.

However, in the case of body damage cases, it should be noted that although there are many cases where teeth are damaged with a hammer or blunt tool, they are not removed one by one with a precise tool.

An expert analyzed, "The teeth are the hardest in the human tissue. However, looking at the condition of the victim's teeth, it seems that the teeth were removed using a power tool. A person who is proficient in using electric cutting devices may be the culprit."

And experts said, "Isn't the person with the specialty who knows how to handle the handpiece is the culprit," he said. "If the culprit is a dentist, it will be easier to extract teeth."

In addition, he said that he would have used a round-shaped bar normally used for grinding work as a handpiece, and he would not be able to easily think of this as a cutting tool. “I think woodworking or metalwork is not because there are many larger and more easily impactable tools.” Revealed.

And the expert said, "If you put this amount of time and effort into damaging your teeth, the meaning of the teeth will remain to the criminal. If the teeth remain intact, the person who thinks that his or her identity will be best revealed will be the criminal." Even though they use tools well, they don't know how to use a shovel or such a tool, or they don't think about it. They aren't insensitive to the abandonment of the body.”

The expert also explained that it is worth paying attention to a body that has not yet been discovered.

"The fact that no body parts and valuables have yet to be found means that the perpetrator is extremely afraid of the identification of the victim," he said. "I am well aware that if the identity is revealed, there will be suspicion." Pointed out.

To sum up, the suspect has a personal workspace, handles handpieces well, but is not familiar with large tools, and is likely to be the closest or last person to whom the victim will be suspicious if the identity is revealed, and a person with expertise in oral structure. To be high.

The undisclosed identity of the victim, an expert on this, said, "If you are a woman who does not have a family member living with you, or if you are a woman living abroad, it may be delayed to report the disappearance."

"Even if it suddenly disappears, there is a possibility that it is a person with conditions that are not suspicious of people around him," he speculated that the victim would be a lonely person.

Police officers who visit dentists in Incheon and Bupyeong and conduct investigations have been engaged in investigations for more than 200 days with the belief that one day they will be able to find the identity of the victim.

In response, the police said, "When it comes to being discovered in a river and in a mountain, it seems that the victim wants to beg to reveal his identity. If you report people who are similar to the victim's identity after seeing this program, they will investigate and investigate the criminal. We will be able to soothe the victim's resentment by arresting and solving the case.”

Lastly, the broadcast asked for a report on a woman in her early 3's and 40's who disappeared before May who had a gold inlay treatment on the 27th molars and had previously treated with resin on teeth 37 and 46.

And he stressed that this will surely be a decisive clue to resolve this case.