Recently, the book editor "Beta Minus" published a long article on Douban, saying that a large number of "water injection" short comments appeared shortly after the editor's new book "Memory" was released. It was suspected that these were all from the "raising account" operation of celebrity fans-by giving others Scoring and commenting on book, audio and video works will increase the activity of

Recently, the book editor "Beta Minus" published a long article on Douban, saying that a large number of "water injection" short comments appeared shortly after the editor's new book "Memory" was released. It was suspected that these were all from the "raising account" operation of celebrity fans-by giving others Scoring and commenting on book, audio and video works will increase the activity of the new account and facilitate the scoring of celebrity works in the future.

Why is there a lot of meaningless comments under Douban's book, video, and audio items recently?

This long article answers the confusion of a group of ordinary users.

Soon, Douban Shushu responded that it would curb the behavior of raising accounts.

At the same time, the fan clubs of the relevant stars also made a public announcement, apologizing for the bad behavior of some fans and giving correct guidance.

The other party believes that this kind of star-chasing model based on "data supremacy" is actually hurting people and themselves for fans.

A "raising horn" operation that was quickly extinguished

The new book "Memory and Memories" edited by the book editor "Beta Minus" is a novel by contemporary Russian poet Maria Stepanova released in November this year.

The content of the book is relatively unpopular, but because it once appeared on the Douban mobile phone page "new book recommendation" first, it unexpectedly became the "number raising base" for fans in the fan circle.

Not only "Memory and Memory", the book publisher "New Classic" recently made a sound on Douban Broadcasting, saying that its new edition of Raymond Carver's work "What Are We Talking When We Talk About Love" published in October also "suddenly poured in A lot of short comments on water injection with 0 fans".

Douban user "Yan Yang" sorted out Doulie's "Those Works Used by Fans to Raise Accounts", including world famous works such as "The Complete Works of Grimm's Fairy Tales", "A Dream of Red Mansions" and "The Romance of the Three Kingdoms", as well as "The Heart of Mortals". "The Great Solitude" and other new books.

The star will have three movies to be released in late 2020 and 2021. Fans will "raise an account" in advance in order to rate the idol's work after the movie is released.

After nearly two days of fermentation, Douban Shushu issued an announcement on November 24, stating that it would severely crack down on any "keeping account" behavior, abnormal users will be permanently marked, and future ratings and comments will also be treated as invalid content.

The star fan support club Weibo also expressed its position and apologized for the improper behavior of some fans, "We will collectively introspect and call on all fans to consciously maintain a good Douban environment and respect every work and every creator."

"Regular operation" from the rice circle

Why does the phenomenon of "raising account" appear in Douban?

Or because Douban is one of the most popularly recognized book, video and audio scoring sites, its ratings are considered to be a more true reflection of the quality of the work.

It is reported that in order to maintain the credibility of its scores, Douban has set up a set of "anti-water forces mechanism" to calculate the "weight" of the account based on the user's registration time, activity level and other indexes-only the account reaches a certain "weight", its score can be effective.

In fact, "raising account" is the same as "super chat", "anti-black", "control review" and other behaviors, it is the "routine operation" of traffic star fans.

Before this incident, various "Douban Raising Guides" could be easily searched on social platforms such as Weibo. Among them, the "rules" include: "Raising" idol works start two or three months before they are shown or broadcast. No.”, avatars and signatures shall not reveal the identity of fans, cannot be rated before the work is released or broadcast, pay more attention to other users, and rate and comment on book, video and audio works every day... Some fan groups even “regulate” works that must be commented every day Quantity and scoring interval.

Most fans have more than one Douban account, in addition to "raising" themselves, they can also buy and sell.

Squeeze the speech space of others

Currently, Weibo Chaohuan is the "main battlefield" for star chasing.

Chaohua encourages users to get rewards for completing tasks, and the rewards can be used to play lists for Chaohua and redeem virtual gifts.

Many people believe that it is similar rules that have shaped the fan community's "quantity over quality" behavior.

Fans copied this behavior pattern to Douban, and they became "Yanghao".

The large amount of "water injection" content brought about by "Yanghao" directly jeopardizes the two important functions of Douban Shu video and audio, which not only affects objective and fair ratings, but also squeezes the discourse space of ordinary users, destroys Douban's community ecology, and makes Those who wish to share and communicate can hardly find similarities.

As the Douban user "paradiso" said: "I don't care if the stars I hit are counted in the weight. I wrote a short public comment that everyone can see. This is the original intention of using Douban."

After Douban Shu and the star fan club expressed their views, the large-scale "raising account" incident in November seems to have come to an end.

But "Memory", which was pushed to the forefront, has become a "battlefield" between fans, "spots" and non-fans.

The short reviews of this book after November 25 are still full of reviews that have nothing to do with the content of the book: some people gave a five-star rating and left a “sorry”; some people shouted, “Don’t let the culture of the rice circle harm serious literature”; there are also some Users whose ID contains the names of other traffic stars give the book a low score of one to three stars.

"Yanghao" embodies the "involution" among stars

The "Douban Yanghao" incident is just the tip of the iceberg of various "fan-confusing behaviors" in recent years.

In 2018, a celebrity’s fan group swiped the iTunes North American charts and put his new song directly on the top of the list, causing many controversies. At the beginning of this year, another fan of a “top stream” star reported a fan’s work, which triggered a series of The turmoil caused the star to encounter collective boycotts from passers-by; in November this year, fans of a certain boy group used a star’s concert to grab tickets to "train their hands", resulting in the star’s own fans not being able to buy tickets... The contradiction between intensified?

A reporter from the Yangcheng Evening News interviewed Zhu Wenzhen, a lecturer in the Department of Sociology at Southeast University.

Yangcheng Evening News: What is the nature of the contradiction between fans and the public?

Zhu Wenzheng: This contradiction is largely due to the collective idea of ​​fans to "maintain their own group".

American sociologist Randal Collins has observed that the group connection brought by negative emotions is closer than that of positive emotions.

The same is true for fan groups. They feel "bullyed" because of negative incidents, so they unite and have more and more conflicts with the public.

But be aware that the opposition between fans and the public is fluid: For example, if you are a fan of a certain family, when something goes wrong with another family, you will become a "popular" to attack other fans; and when your idol or fan group has a negative effect News, you become a fan of being attacked by others.

Yangcheng Evening News: Has the Internet environment caused or contributed to these contradictions?

Zhu Wenzheng: The social culture symbolized by the Internet field has intensified these contradictions.

Fans try their best to get celebrities out of the circle, so they will desperately buy products endorsed by celebrities, and they will "raise accounts" in order to make the list data look real and effective. This is actually a vicious competition.

Nowadays, it is popular to say "involution", and the performance of "involution" among celebrities is to use data and traffic as indicators, and fans desperately to "rush for performance" as idols.

Yangcheng Evening News: How to build a peaceful and healthy network environment?

Zhu Wenzheng: Establishing and improving the network mechanism, strengthening the rational education of netizens, etc., many people have mentioned these, but it takes time and practice to actually implement it.

Here is a relatively "virtual" proposal: change the current popular value, stop the game of flow and capital, and find other meanings in daily life.

Only if everyone does not play that set of games, the continuously spiraling competitive game will slowly stop.

Star chasing is happy, and most of the moments in the fandom circle are also very happy, but behind the happiness is the emotional consumption controlled by capital, which is the emptiness consumed by mutual competition.

Don't let these happiness become the only belief in life, and find the meanings and possibilities of life in daily life. 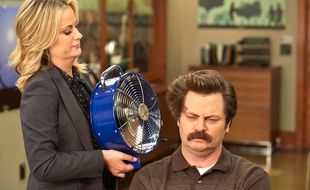