Thanks to Sans A, Martin Besson makes homeless people visible

Martin Besson, 25, founded the online media Sans A, which highlights the homeless and brings together a community of over 30,000 people to make one of their dreams come true. 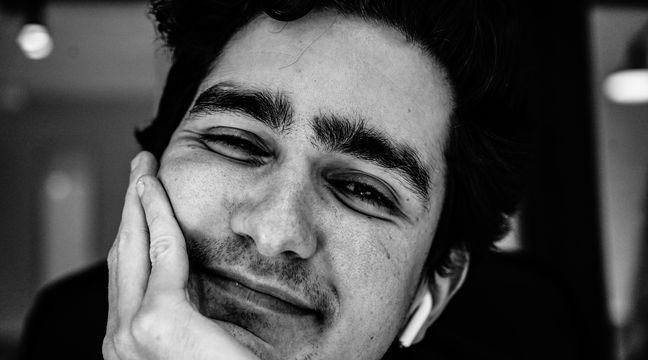 Thanks to Sans A, Martin makes homeless people visible -

They are still students or already in working life, volunteers, researchers, employees, on their own, have set up a company or an association.

Thanks to them, the future will be better.

20 Minutes has decided to give a voice to young people under 30 whose actions have a beneficial effect on the world of tomorrow.

Eighth part of this series with Martin Besson, 25, founder of the online media Sans A, who goes out to meet homeless people to tell them about them and mobilize Internet users to achieve one of their dreams.

We raised more than 2,000 euros, Gérard will have his electric wheelchair.

»Gérard is a homeless Parisian whose dream was to replace his wheelchair in order to be able to visit his long-time acolyte, another Gérard, the one who pushed him through the streets of Paris, now hospitalized in cause of stroke.

Gérard will be able to make his dream come true thanks to Sans A, an online medium that “makes the invisible visible”.

And Sans A exists thanks to Martin.

All those who meet him make the same observation.

Because he has a lot to say, messages to pass on behalf of people without shelter.

Because there is an emergency.

And as far as he was concerned, there was an urgent need to leave school, an institution he "hated".

“I couldn't find my place in society, I was totally out of step with young people of my age.

Unhappy in the community, he skips lessons from his Bac box and prefers to go talk to Guy, a homeless man from the street of his school.

“With him there was no judgment.

In the shoes of a homeless man

During his final year, he decides to put himself in the shoes of a homeless person for a week to understand what they are going through.

“I only lasted one day.

Even short, the experience allows him to apprehend the disdain faced by the homeless.

“For these people, it is incredibly violent to be invisible.

We deny who they are, their past, their humanity.

The idea of ​​making the invisible visible was born.

A handful of volunteers are recruited through social networks and the site launched in 2014. Martin is 19 years old.

"It is not very complicated to say hello to a homeless person, specifies Martin, now 25 years old.

It is also showing humanity.

It makes them feel good and we do each other good.

We grow thanks to these meetings.

»Sans A did much more.

The media tells about these men and women in text and video, highlights them through beautiful photos.

The public is getting to know them and since 2016 the community of readers has become a community of benefactors.

The engaged media engages its readers.

Internet users are invited to write to the homeless on the platform and their words are transformed into postcards.

And of course, there are the donations.

“We think that in France people are not generous, but it's just that we do not boast of generosity.

But expressing that is also a way of creating movement, ”argues Martin.

Thanks to Sans A, Internet users gave Gérard an electric wheelchair, a fishing rod to Jean-Claude, a camper van to Séverine and Fabien, an opera seat to Philippe who dreamed of listening to Rossini.

“One person, one story, dreams, actions”, as Martin sums it up.

A golden rule, however: never a forced donation.

“When you really want to help someone, you don't impose your help on them, you ask them what they need, intimate Martin.

Learn the job of a business leader in pain

Responsibilities, he, Martin does not lack.

At the head of his media, he also set up a communication agency to finance him.

And learned the job of an entrepreneur in pain.

“I made lots of mistakes.

I find it difficult to distinguish between professional and personal.

I was 22 when I made my first conventional breakup.

It was very violent.

I question myself a lot, but things are getting better and better.

Find all the articles in the series

Proud of “never having let go”, Martin is aware that “Without A is helping to change the world.

I can look myself in the face and tell myself that I have tried to do things.

But basically, talking to a homeless person is nothing special.

Without A shouldn't even exist.

Moussa mobilizes the youth of Bagnolet