After the arrest of an Afghan in Lyon, the terrorist trail seems ruled out

The 26-year-old, who will undergo a psychiatric examination, was not known to the police services and did not seem radicalized 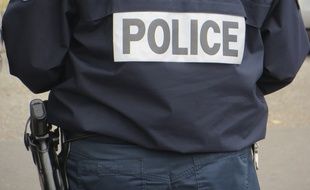 Lyon, October 3, 2018 The BST, a specialist field brigade, is now patrolling to reinforce the police force already deployed in the Republican Reconquest Quarters.

The terrorist trail seems to have been removed.

The day after the arrest of a 26-year-old Afghan armed with a knife, Thursday morning in Lyon, the prosecution provided some information on the suspect.

The individual, who strolled rue Victor-Hugo with his weapon, had just been sentenced to six months suspended prison sentence and a 3,000 euros fine.

The hearing was held on October 21.

The young man was being prosecuted for having threatened and assaulted persons holding public authority.

The day before, he had gone to the prefecture of Lyon for an approach related to his residence permit.

He had presented himself unmasked.

The police, present at the entrance, then asked him to cover his face before he loses his temper, insults them and hits them.

Arrived in France in 2014, the suspect had a valid residence permit, specifies Nicolas Jacquet, the public prosecutor of Lyon.

"He was not known to the police services both in terms of delinquency and radicalization apart from a conviction for lack of insurance," he adds, denying the information relayed by several media.

During his custody, the Afghan formally contested any violent intention explaining that his knife was to be used to "cut chocolate" and "to eat", further specifies the public prosecutor.

The investigations will continue on the basis of letters rogatory in order to determine more exactly his background, his motivations and to provide more information on his personality, in particular through a psychiatric expertise.

The man will be presented tomorrow to the Lyon public prosecutor's office with a view to opening judicial information for the heads of carrying prohibited weapons and threats with weapons.

Lyon: A young Afghan armed with a knife arrested in Perrache

Attack in Nice: What do we know about the events in the Notre-Dame basilica?