A village cadre in Dali, Yunnan, was only 35 years old on the road to poverty alleviation

China News Service, Dali, October 26 (Du Xiaoxiao and Yang Danni) At 3 pm on October 23, Yang Jizhou, director of the Shuangyang Village Committee, Yinqiao Town, Dali City, Yunnan Province, suffered a sudden illness and fell to his job. After all-out rescue work, unfortunately, he separated at 0:26 am on October 25th and was only 35 years old.   "On the afternoon of the 23rd, Yang Ji and I went 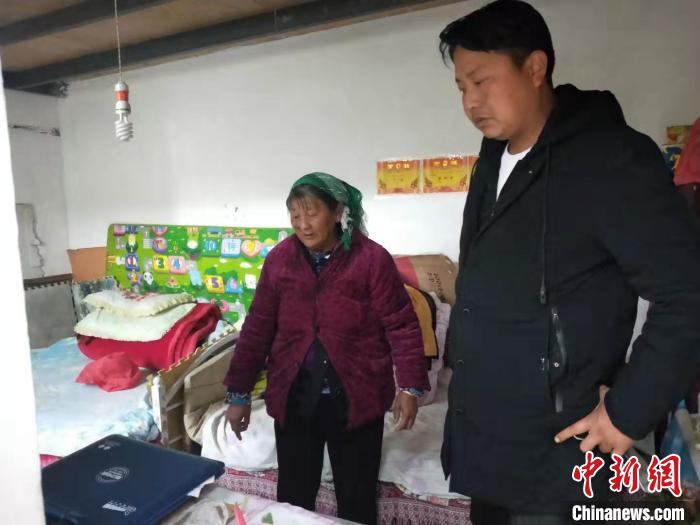 After all-out rescue work, unfortunately, he separated at 0:26 am on October 25th and was only 35 years old.

"On the afternoon of the 23rd, Yang Ji and I went to Shuangyuan Natural Village on Monday to carry out household visits for poverty alleviation and random inspections of arable land and house construction. When we arrived at the village's heart road and ditches, we acted separately." Fei Shaozhuang, a special officer of Shuangyang Village Committee, recalled "Who knows that after a while, I received a call saying that he passed out and was taken to the hospital."

In the past week, Dali City was overcast and rainy. Because of concerns that the rain would wash the waste water from stone processing into the ditches of the village’s heart, Yang Jizhou, in addition to carrying out poverty alleviation and home visits, specially went to the households in the stone processing area to check the sewage treatment and environmental sanitation. Happening.

The picture shows Yang Jizhou (right) fighting on the front line of a decisive victory against poverty.

According to Xiang Chun, a stone processing operator of the Shuangyang Village Committee, Yang Jizhou was full of energy when he entered the house, and his body was no different.

Fei Xiangchun told reporters: "Yang Jizhou said that it would be rainy to see if our sewage had flowed into the ditch. I asked him to come and sit in the house. He passed out not long after sitting by the bed. I immediately dialed 120. Seek help." Unfortunately, Yang Jizhou did not come to the rescue.

In 2001, Yang Jizhou joined the army after graduating from junior high school, and returned to the village to work in farming after leaving the army at the end of 2006.

He was able to serve, want to serve, and accomplish things. In May 2013, he was elected by the villagers as the director of the Shuangyang Village Committee. This village director has been working for 7 years.

Up to now, all 35 poverty-stricken households from the Shuangyang Village Committee have been lifted out of poverty.

Yang Jizhou’s wife, Yang Yanjiao, told reporters: “In his work, he is selfless and very dedicated. Even if it rains heavily and floods are about to happen, he always has to go out to do his work. But it leads to communication between him and his daughter. There is relatively little communication because he rarely stays at home.” Yang Jizhou, as the director of the Shuangyang Village Committee, has a lot of work pressure, and it is difficult to take care of work and family at the same time, but as long as he has time, he will always take on all kinds of housework. When I have time, I take my wife and daughter to go out and take my family to relax and relax.

"Yang Jizhou is very serious and responsible in his work, and his attitude is very rigorous. His passing is very sad for us. He is able to take the lead in poverty alleviation, protection of Erhai Lake, and small affairs in the village. He can take the lead in carrying out tasks assigned by superiors and taking the lead. Help the people solve practical difficulties." Yinqiao Town Party Committee Deputy Secretary and mayor Gao Liuquan told reporters, "We have lost a good comrade, a good cadre, and a good comrade in arms." (End)