Follow-up to the "Fake Jin Dong" case: the platform strikes, and the lawyer says it may be difficult for the victims to defend their rights

The Paper Journalist Wu Yi, intern Li Yinru, Li Zhe   On October 15th, The Paper (www.thepaper.cn) learned from ByteDance that the Douyin platform released the October platform penalty announcement. The announcement was titled "Fighting Counterfeit Celebrities and Illegal Production", and pointed at the short video platform accounts of "Fake Jin Dong" and "Fake Jack Ma" that have recently cause 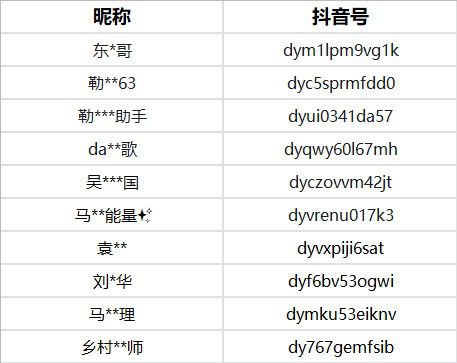 On October 15th, The Paper (www.thepaper.cn) learned from ByteDance that the Douyin platform released the October platform penalty announcement.

The announcement was titled "Fighting Counterfeit Celebrities and Illegal Production", and pointed at the short video platform accounts of "Fake Jin Dong" and "Fake Jack Ma" that have recently caused controversy.

Prior to this, the 60-year-old aunt's obsession with Jin Dong caused heated discussions on the Internet.

In the incident, a woman in her 60s in Jiangxi was obsessed with the "fake Jin Dong" video on Douyin, which led to discord between her husband and wife, and the separation between her parents and children seriously affected her family relationship.

On October 13, Jin Dong Studio issued a statement stating that it would pursue the legal responsibility of the relevant entities who opened the "fake Jin Dong" account on the short video platform.

The Paper has learned that these short video accounts impersonate celebrities and attract the attention of celebrity fans. The ultimate goal is to convert traffic into customers who live broadcast goods or brush gifts, thereby gaining economic benefits.

Similar to the experience of the 60-year-old aunt mentioned above, there are not a few victims of fraud.

Interviewed lawyers said that if these victims want to protect their rights through legal means, there may be many difficulties.

The platform has been rectified, but there are still "fake Jack Ma"

When these "fake Jin Dong" and "fake Jack Ma" were attacked by the entire network, the relevant short video platform where the account was located made a large-scale ban on such accounts.

On October 15, Douyin announced that it would impose penalties on the illegal accounts of these fake celebrities, and showed that some accounts have been blocked.

The account shown in the TikTok announcement has been blocked.

Douyin officially stated that the platform has always been resolutely cracking down on content and accounts that counterfeit celebrities. "During September, the Douyin Security Center permanently blocked more than 5,000 counterfeit celebrity black production accounts."

However, before the Douyin announcement on the 15th, there were still many such content and accounts that counterfeit celebrities.

A report from Red Star News showed that the reporter searched on the Douyin platform with "Dongdidi" as the key word on the 13th, and still found a lot of Jin Dong photos as the avatar, named "Didi" and "Jin Dong". "Brother Jin", "Brother Dongdong" and other suspected "fake Jin Dong" accounts.

There are still many "fake Jin Dong" videos with Jin Dong's photos or interviewed video clips plus voiceovers in the aforementioned accounts.

In these dubbings, there are a lot of inducements such as "Dear sister, I keep sending you messages, why don't you return to me?" "Sister, click the love and the plus sign on the right, and can you reply to me?" Language.

On the evening of October 15th, after the official announcement of Douyin, The Paper again searched Douyin with the keyword "Dongdidi" and found that most of the accounts suspected of scamming "Jin Dong" no longer exist.

But when the search keyword becomes "Mr. Ma", there are still several Douyin accounts with Jack Ma's photo as the avatar active in the forefront of searches.

When reporters entered the Douyin pages of several of these accounts, they could also find that they had opened a product window, where most of the books displayed were inspirational and speech books.

Searching with "Mr. Ma" as the keyword, you can also see some accounts with pictures of Ma Yun and Ma Huateng as their avatars, and they have a lot of attention.

One of the Douyin accounts, named "Ma Yunzheng Energy", was still live broadcast at 8:12 that night. The live content was live recordings of Ma Yun's various speeches. The contents of the goods dubbed in the name of Ma Yun were inserted between the speeches.

The victims are mostly female middle-aged and elderly fans

The Paper learned that there are many victims who are deceived by fake videos, especially middle-aged and elderly women.

Lack of recognition of network information and lack of one's own emotional life are common characteristics of such victims.

The 60-year-old aunt in Jiangxi, who has aroused social attention, quarreled with her husband because of her infatuation with "fake Jin Dong", and even made the crazy move of going to the Northeast alone to find "Jin Dong".

There is more than one such aunt.

Ms. Zhou revealed to The Paper that her grandmother is 72 years old this year. Last year, during the Mid-Autumn Festival, her family discovered that her grandmother was watching a fake Jin Dong video on the short video platform and had a lot of affection for "Jin Dong" in the video.

Grandma will also comment on the video, such as "My brother likes you, I really want to be with you for a lifetime, miss you, when will you come to me, I will always wait for you, I must always love myself otherwise I will feel bad" etc. .

Ms. Zhou and her family are very helpless about this.

She said that her grandmother and grandfather had a bad relationship. At the beginning, it was an arranged marriage, but now it is even more disgusting to see each other. There was a divorce last year.

"My grandmother now thinks that we have separated her and'Jin Dong'. Every day at home, we are like enemies, cursing and saying that she regrets giving birth to my mother, and her family prevented her from pursuing love."

Ms. Zhou said that at that time, her grandmother had even reached the point where she was “willing to take the money and the'fake Jin Dong' far away, and would rather bear infamy and love it vigorously”.

However, after several persuasion by her family, Ms. Zhou's grandmother has gradually realized the falseness of these accounts. Recently, she has less liked video forwarding.

Victims may have difficulty prosecuting

The producers of fake celebrity videos such as "Fake Jin Dong" and "Fake Jack Ma" have brought emotional distress to the victim's family, but it is the purpose of these fake video producers to obtain financial benefits.

According to the Douyin announcement, fake celebrities are a common cheating method used by black production gangs. These fake accounts deceive users' attention and clicks, and then make profits through e-commerce and rewards.

There are also some fraudulent accounts, which lead users to external platforms to defraud money and are suspected of violating relevant national laws and regulations.

The Paper also noticed that these "fake Jin Dong" accounts will be broadcast live on the short video platform, and various products will be promoted in the name of Jin Dong during the live broadcast for "sisters" to buy.

In these live broadcasts, there is usually no live footage, and the voice of "Jin Dong" in the live broadcast is obviously machine-recorded. Several similar sentences are played randomly, repeatedly emphasizing product content and purchasing methods.

Many victims, in order to support the idol they believe in, will actively buy these products.

Ms. Le, who is addicted to such videos at home, told The Paper that her grandmother had bought such products.

These live broadcasts will say that they are Jin Dong’s assistants and sell some products produced in their own factories.

The operators of these "fake celebrity" accounts will select products with targeted products based on the characteristics of their audiences.

In some short video accounts carrying goods under the name of Jack Ma, The Paper found that they are selling success and speech books such as "Three Musts of Eloquence", "Ma Yun's Success Study", "Ma Yun's Internal Speech" and so on.

Such counterfeit celebrity accounts have brought economic and spiritual losses to many ordinary families. How should victims protect their rights through legal means?

Attorney Zhu Lixia of Shanghai United Law Firm told The Paper that it is difficult for ordinary family victims to sue related counterfeiters.

If this kind of deception only affects the family relationship, it will be more difficult to resolve it through legal means for the time being.

Zhu Lixia said, "Because there is still a lack of relevant charges as a basis for prosecuting such violations."

If financial interests are involved, the crime of fraud can be used as a basis for the victim to pursue the legal responsibility of the relevant video producer.

However, Zhu Lixia said that if the fraudster only brought the goods live, and the goods purchased by the victim were not fake or inferior products, it would still be difficult to directly identify such acts of carrying goods live as a fraud.