Qais Sheikh Najib: The Syrian drama has lost a lot

Artist Qais Sheikh Najib does not carry an optimistic view about the status of the Syrian drama, as he sees that it has lost a lot due to the migration that his country has witnessed in artistic expertise and brains, expressing his hope that the Levantine series will return to its beautiful past, during which it achieved great popularity. 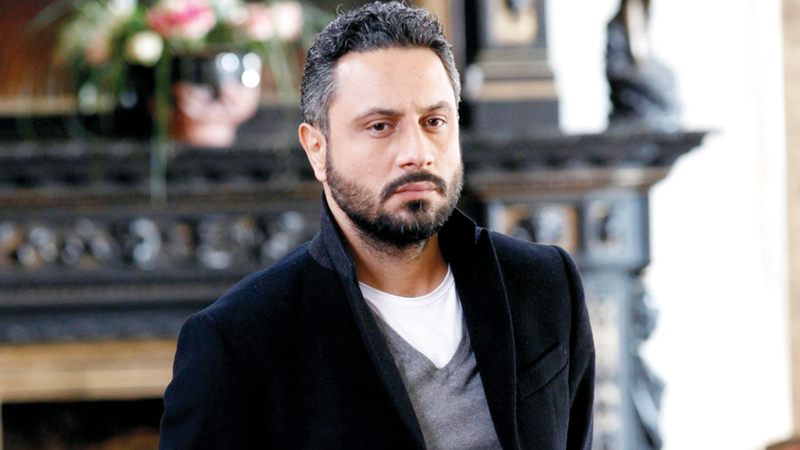 Qais Sheikh Najib: The Syrian drama has lost a lot

Artist Qais Sheikh Najib does not carry an optimistic view about the status of the Syrian drama, as he sees that it has lost a lot due to the migration that his country has witnessed in artistic expertise and brains, expressing his hope that the Levantine series will return to its beautiful past, during which it achieved great popularity.

The Syrian star said that the joint drama is tempting to the artist, because it provides him with great spread through high views, revealing to "Emirates Today" about the new he is attending: “I participate in a new series that will be shown in Ramadan 2021, and the text is still in the process of writing, and the director Syrian, while the production will be joint Arab, and we will start filming next December, but I can describe the series as interesting in terms of text.

Regarding heading to joint drama in the recent period, more than Syrian, Sheikh Najib added that last year he presented a work of Syrian and non-joint production, entitled "A Safety Distance", but the choice of the role for him, whether it is a joint Arab work or a purely Syrian work It is based on several criteria: the opportunity presented, the project, and the artistic value it carries, as it takes all these matters into account.

The Syrian star added during his interview with "Emirates Today", shortly before the launch of the "Qada Man," program in which he is participating alongside the stars Khaled Selim and Nicolas Moawad: “When I was presented with a good opportunity, I presented it in Syria, and this in itself made me agree to the role, and the joint work It is the one that is achieving high popularity, far from the local works that are presented in every country, whether in Egypt, Syria or Lebanon, as joint works remain more widespread, and this in itself tempts the representative to go to present it.

However, he added that this approach does not mean acceptance of any role, as there are joint works that are presented to him and he rejects them. The issue is related to supply, demand and artistic value in the first place.

On his vision of the situation of the Syrian drama during the current period, he stressed that “the war has affected the drama, and it takes time to regain its presence. The war is for 10 years, and the harsh conditions have not yet ended, in addition to the migration of a large proportion of minds and artistic expertise out of the country. It greatly affected the drama, and it still needs a long time to stabilize and regain its health, as there must be a real environment for the drama to return to its previous state, which means the return of the creators to work », hesitating to announce his optimism in the current circumstances, but he hopes Conditions are directed to the best.

A lesson for everyone

With regard to the period of the Corona crisis, and how it affected it, the star of the series "Children of Adam" noted that this period was a lesson for all people. Corona crisis taught people patience, as it is a difficult ordeal by all standards, but what makes these circumstances pass is that it passes to everyone.

He pointed out that he spent the quarantine period watching TV and movies most of the time, while avoiding reading because it requires concentration, which is difficult in this circumstance, and he also committed to exercising, as he arranged a small club at home, in addition to that it was an opportunity to get close to the family. And communicate with the other, even remotely.

Qais Sheikh Najeeb was born into an artistic family. His father is the actor and director Mohamed Sheikh Najeeb.

He graduated from the Higher Institute of Dramatic Arts in 1998, and joined the Syndicate of Syrian Artists in 1999. He presented a large number of works in dramas, the most recent of which was the series "Children of Adam", which was shown last Ramadan, and the series "A distance of safety", which was shown in Ramadan 2019.

He also presented in theater "crime and punishment", "wedding" and "this time."

There are six films in his credit, including “One More Time”.

In his presentation experience, he had an experience with the "Arab Broadcaster" program.

"I will participate in a new series that will be shown in Ramadan 2021, and it can be described as interesting work."

"The Corona crisis is a difficult ordeal by all standards and a lesson for everyone, and I spent the quarantine period watching movies."