Inspirational stories from the Emirates in the bestseller in the world

Despite the social divergence conditions around the world, "Guinness World Records" revealed yesterday, the 2021 edition in the Arab region, coinciding with its global launch from its headquarters in the United Kingdom. The official authority to monitor and record records around the world revealed that the Emirates 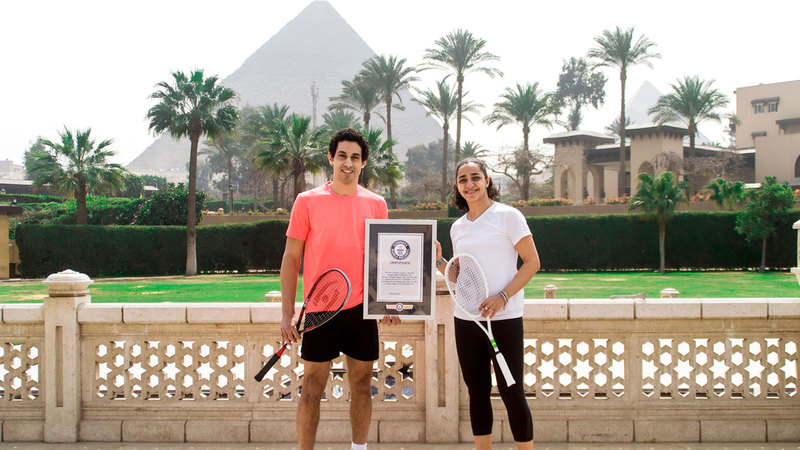 Inspirational stories from the Emirates in the bestseller in the world

Despite the social divergence conditions around the world, "Guinness World Records" revealed yesterday, the 2021 edition in the Arab region, coinciding with its global launch from its headquarters in the United Kingdom.

The official authority to monitor and record records around the world revealed that the UAE is the first in the Arab world to achieve record achievements with 413 records currently, followed by Saudi Arabia with 93 records, and the Arab Republic of Egypt third.

The achievement of Emirati astronaut Hazza Al Mansoori has reached the pages of the Guinness Book of Records, which is considered the best-selling book in the world, after the Indian International School in Sharjah formed the largest image of a space rocket formed by a human to celebrate Al Mansouri's arrival on the International Space Station.

The various Emirati achievements that found a place in the pages of the new book, including the achievement of "Emirates Airlines" for the most nationalities on board one plane.

The book also included Emirati achievements such as the largest building in the form of a picture frame on the Dubai frame, and the Emirati landmark in Abu Dhabi, "CLYMB Abu Dhabi," which includes the largest free jumping wind tunnel in the world, and the highest indoor climbing wall in the world.

Masdar City in the capital, Abu Dhabi, reserved a place for its construction after it formed the largest mosaic in the world from recyclable materials.

The size of the board reached 1015 square meters, equivalent to the size of two basketball courts, and it took a whole month to prepare. 90,500 recyclable materials were used in it, which included plastic bottles, metal containers and cardboard boxes.

The book did not overlook a number of the Arab region’s achievements, including, for example, the Lebanese environmental activist Caroline Chabatini, for her achievement of the largest model of plastic containers.

The two Egyptians Tariq Moamen and Raneem Al-Waili also topped the front page of their achievement as the first couple to achieve the World Squash Championship in the history of the game.

From the UAE, and specifically from the Dubai beach, the British, Nick Watson, on his 50th birthday, pulled his son from the people of determination on a cruise that lasted for six hours, setting a record for the fastest time in towing a boat swimming for a distance of 5 km, and another number for a distance of 10 km.

From the UAE and Abu Dhabi in particular, the book reviewed a group of the accomplishments of the Australian “Eva Clark”, who holds 12 different records in physical sports, all of which she achieved in the Emirates during her 20 years of existence.

The book reviews pictures of the world of "Warner Bros. Abu Dhabi" as the largest indoor entertainment city, and the Office of the Future as the first commercial building printed with 3D printing technology, and the longest fireworks display that was organized on Al Marjan Island in Ras Al Khaimah early this year.

Sharjah had a share of the pages this year and entered the completion of the "Sharjah Child Friendly Office" for the most number of people in a printed picture with cropped faces.

The Kingdom of Saudi Arabia has had a share of the pages of the global book, as it topped two global achievements on behalf of the Royal Commission for Al-Ula Governorate for the longest display of incandescent balloons in the world led by pilots from 19 countries, and the largest building covered with mirrors in the world.

From Egypt, the copy also included a review of the oldest pyramid known to mankind so far, which is the "pyramid of Djoser" or "the step pyramid", the archaeological landmark at Saqqara northwest of the ancient city of Memphis in Egypt.

From Jordan, Deirain Abata was classified "the shrine of the Prophet Lot" in the southern Jordan Valley as the lowest archaeological site below sea level in the world, after this important archaeological landmark was documented inside a natural cave cavity at a drop of 388 meters.

A UAE record in the encyclopedia.