What kind of experience is learning and doing archaeology? Does archeology dig ancient tombs?

What kind of experience is learning archaeology?   Zhang Xue, reporter of Economic Daily and China Economic Net   This summer, Zhong Fangrong, a girl from Hunan province, got into trouble. After she got a score of 676 in the college entrance examination, she applied for an unpopular archeology major among many majors in Peking University.   Some people gave the little girl a thumbs up and adm...

What kind of experience is learning archaeology?

This summer, Zhong Fangrong, a girl from Hunan province, got into trouble. After she got a score of 676 in the college entrance examination, she applied for an unpopular archeology major among many majors in Peking University.

Some people gave the little girl a thumbs up and admired her for persisting in her own self and her dream. Others worried about Zhong Fangrong’s future, thinking that it is not easy to find a job for unpopular majors, and the income from archaeology is not high, so she should be advised to change. profession.

On August 2nd, Zhong Fangrong spoke on Weibo, saying that he had liked history and cultural relics since he was a child. Under the influence of Mr. Fan Jinshi, the honorary dean of Dunhuang Academy, he chose to apply for the archaeology major. The content is not long, but it is enough to show her firmness.

Zhong Fangrong's actions made the archaeological collectives who were used to the "cold" out of the circle. From Mr. Fan Jinshi to the State Administration of Cultural Heritage, Peking University, and local museums, all of them sent blessings and encouragement to Zhong Fangrong's choice.

What is the experience of studying and doing archaeology? The layman sees the excitement, but for the insider, the ups and downs of it, I am afraid it is hard to say.

Zhao Zhijun is a researcher at the Institute of Archaeology, Chinese Academy of Social Sciences. Counting from being admitted to Peking University's archaeology major in 1977, this year is the 43rd year of his relationship with archaeology.

After reading Zhong Fangrong’s news, he wrote in his WeChat Moments: Archaeology is indeed hard and even hard, but our archaeology is full of fun and even surprises. Life is short, and it is not worth it to make money all for a living. There should be some dreams and pursuits. Thanks to Xiao Zhong, our big archaeology has suddenly changed from a mysterious unpopular subject to a popular subject.

Archaeology is unpopular because most people don't understand it. Most of the understanding of archaeology comes from film and television dramas, documentaries, and novels, plus some reasonable imagination.

Zhao Zhijun said that before entering the university, he was "stunned" about what archaeology is. When he applied for the college entrance examination, he chose to major in Chinese History in the History Department of Peking University because he liked history, but he failed to do so. Between the law and archaeology majors given by the school, he chose archeology related to history. "When I got the admission notice, I was wondering, is archeology digging ancient tombs? I hurriedly searched for a book to find out what archeology is."

Some people interpret archaeology from an academic perspective, saying that its mission is to study the history of ancient human society based on the objects left over by ancient humans through various activities. Others start from the perceptual perspective and describe archaeology as including poetry and distant learning, and can answer "who am I", "where am I from", "where am I going"...

Archeology is not far from us. In recent years, from the excavation of the tomb of Liu He, the ancient city of Liangzhu, to the protection and excavation of the ancient shipwreck "Nanhai No. 1" in Nanhai, Jiangxi Province... Presented before the eyes of the world, not only makes history fans exclaimed, but also makes ordinary people feel the charm of archaeology and the power of civilization.

Popular majors in people’s eyes correspond to popular majors. Popular majors tend to have good job prospects and income. Zhao Zhijun said that because of the unpopularity, there are few students willing to study archaeology and talents are scarce. Therefore, there is no shortage of job opportunities as everyone thinks. "Archaeology is indeed not an industry that makes a lot of money, but there is no need to worry about firewood, rice, oil and salt, nor to worry about future retirement. This sense of stability and satisfaction is not available to all occupations."

"The other side of suffering is happiness"

Although more than 40 years have passed, Zhao Zhijun still remembers his first experience in field excavation.

The field archaeology practice for students at school is a tradition that Peking University has adhered to to this day. In 1979, Zhao Zhijun and the whole class came to the Qucun site in Quwo County, Shanxi, and began a six-month internship. One of his jobs is to clean up a tomb from the Western Zhou Dynasty. The owner of the tomb has a necklace made of stone and bones on his neck. "I lie on the bottom of the tomb a few meters deep, cold and wet every day, staring at the tomb owner’s skull. Eyes, take a bamboo stick and clean up the beads on the necklace little by little."

The physical materials in archaeology include various relics and relics, which are mostly buried underground and must be scientifically investigated and excavated before they can be systematically and completely revealed and collected. The foundation of archaeological research lies in field investigation and excavation. It's normal to do field excavation, wield a shovel, take a shovel, and be covered in soil and mud every day.

The internship at the Qucun site gave Zhao Zhijun the first taste of the pain of archaeology. In addition to the pain of work, he also suffered from unexpected life. "Although the intern students started alone, the food was still relatively poor; we lived on the tukang of the fellow villager's home, and we lay on the bed every night to pinch lice." Recalling the past, Zhao Zhijun could only see light clouds on his face, but He said that the experience really made the students complain again and again, and some people even vowed not to do archaeology.

Zhao Zhijun is the latter. In the 1990s, Zhao Zhijun went to the United States to continue his studies. One time to participate in an archaeological investigation, he needed to walk through a dense forest. He had no experience. On the first day he had his trouser legs cut into cloth by bushes, and his legs were covered with blood. This made him sigh that the suffering of archaeology knows no boundaries.

The reason why archaeology is unpopular is that many people do not want to learn and do not like to do it because of the hard work or even hardship. With the economic development of our country and the overall improvement of material life, the living conditions of the archaeological team have long been different from the past. However, due to the particularity of archaeological work, the excavation sites are mostly in difficult and remote places. A new generation of archaeologists and peers engaged in other work In comparison, there is still a gap in living conditions.

Zhao Zhijun told reporters: "I always call on relevant departments or colleges to improve the living conditions of archaeological team members as far as possible within the scope of policy conditions, such as raising food standards, improving accommodation conditions, and solving difficulties such as bathing and laundry. They have given up a lot for their professional ideals, and they should not let the pains of life that can be solved to extinguish their enthusiasm. After all, talents are rare."

"Archaeological work is indeed bitter, but just like a coin has two sides, the other side of bitterness is happiness. Archaeology is a profession of'having fun'." Zhao Zhijun said, because the excavation site is far away from the hustle and bustle, it just can make people calm down and feel nature beauty of. "Once, at an archaeological site in Xinjiang, for the first time in my life, I saw the vast Milky Way with tens of thousands of stars. Do you know how shocking the soul is?"

"During archaeology, what we deal with every day are precious cultural relics. Ordinary people can only go to the museum to see through the window, and we can touch it with our hands." He said, wandering in the long river of history and the ocean of art every day, although earning Not big money, but definitely spiritually rich.

"Keep exploring, there will always be surprises"

The greater joy of archaeology lies in exploring the unknown. "Every time you excavate, you don't know what you will find. If you keep exploring, there will always be surprises." Zhao Zhijun said.

The biggest surprise Zhao Zhijun has encountered so far is at the Wannian Xianrendong site in Jiangxi. "After dating and other technical appraisals, experts believe that the cultural accumulation in the Xianrendong site was about 10,000 years ago. This is the most critical part of the transition from the Paleolithic to the Neolithic. A standard for the Neolithic is The emergence of agriculture." Zhao Zhijun found the remains of cultivated rice between 10,000 and 12,000 years ago through the phytolith analysis method of plant archaeology, and also found the remains of wild rice 12,000 years ago. This result will bring China The planting time of rice was advanced to 10,000 years ago. Zhao Zhijun published a paper titled "The Middle Reaches of the Yangtze River in China Is One of the Origins of Cultivated Rice" in the British academic journal "Antiquty", which caused a sensation in academic circles at home and abroad.

"Our research on plant archaeology revealed that during the formation of Chinese civilization, only the middle reaches of the Yellow River was characterized by the cultivation of multiple varieties of crops for agricultural production, and the middle reaches of the Yellow River was the core area of ​​the Xia, Shang and Zhou civilizations, so agricultural development should be There is a certain corresponding relationship with the origin of civilization. The so-called'five-grain harvest' multi-variety crop cultivation is not a word of praise for the origin of Chinese civilization, but a necessary condition." Zhao Zhijun said.

For Zhao Zhijun and tens of thousands of ordinary archaeologists, in the days of joy and bitterness, surprises are always on the way. 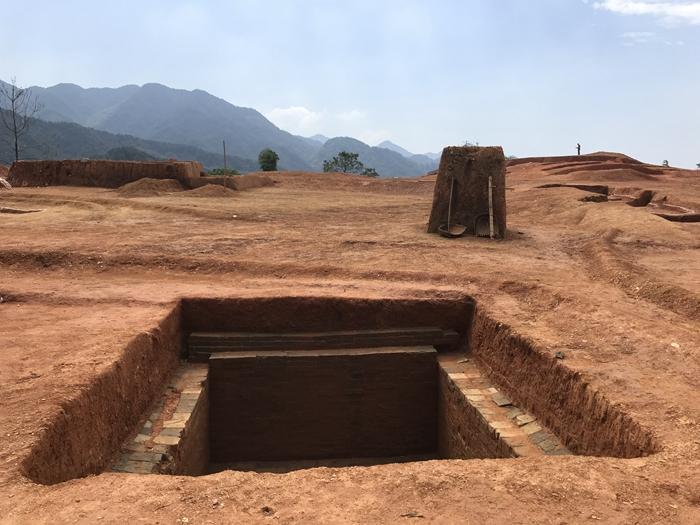 Life/Entertain 2020-07-02T10:13:59.679Z
What about ancient toilets? What information does the epitaph record? Archaeologists reveal

Life/Entertain 2020-07-02T10:14:10.789Z
What about ancient toilets? What information does the epitaph record? Archaeologists reveal

Life/Entertain 2020-08-18T20:08:01.477Z
Why are the remains of the sarcophagus in the ancient tombs of the Spring and Autumn Period and Warring States Period in Lijiang not decayed for thousands of years

Life/Entertain 2020-08-19T05:58:26.053Z
Why are the remains of the sarcophagus in the ancient tombs of the Spring and Autumn Period and Warring States Period in Lijiang not decayed for thousands of years 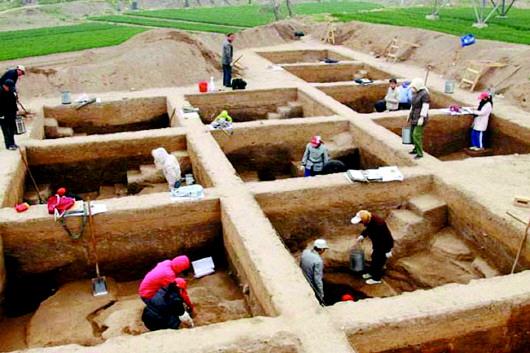 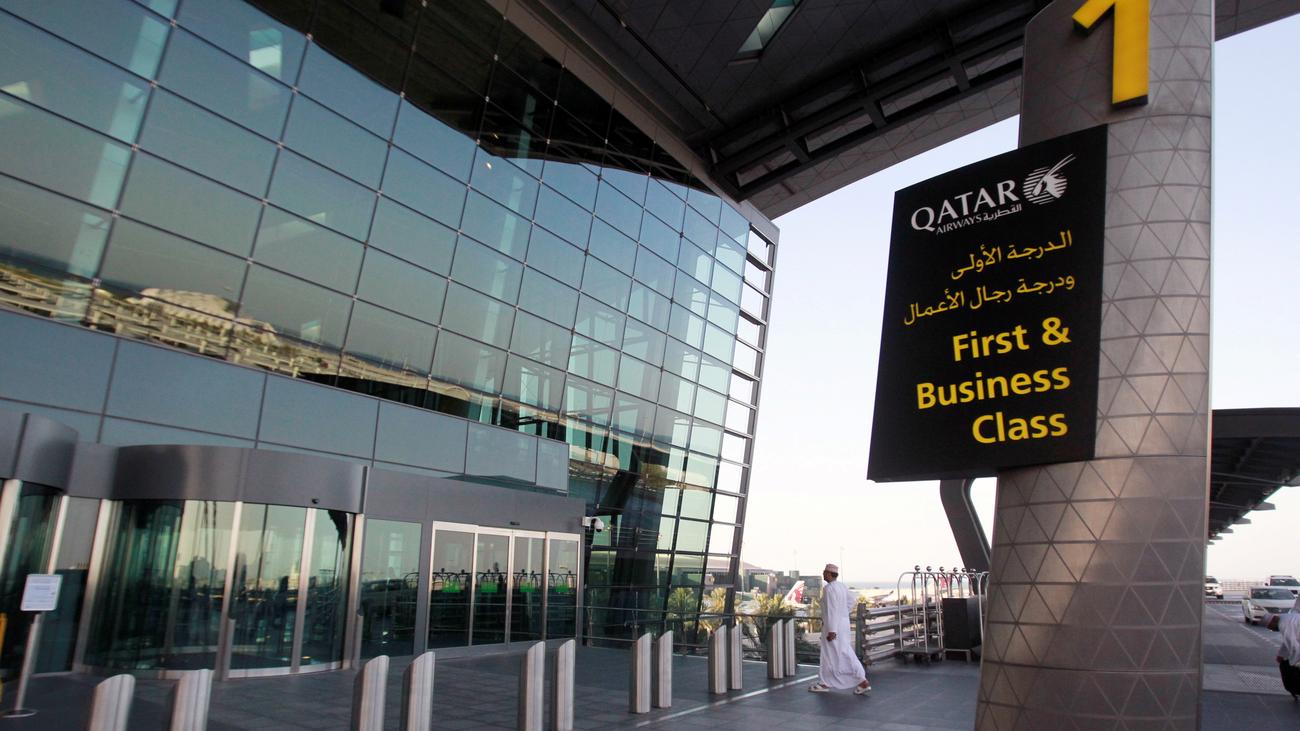 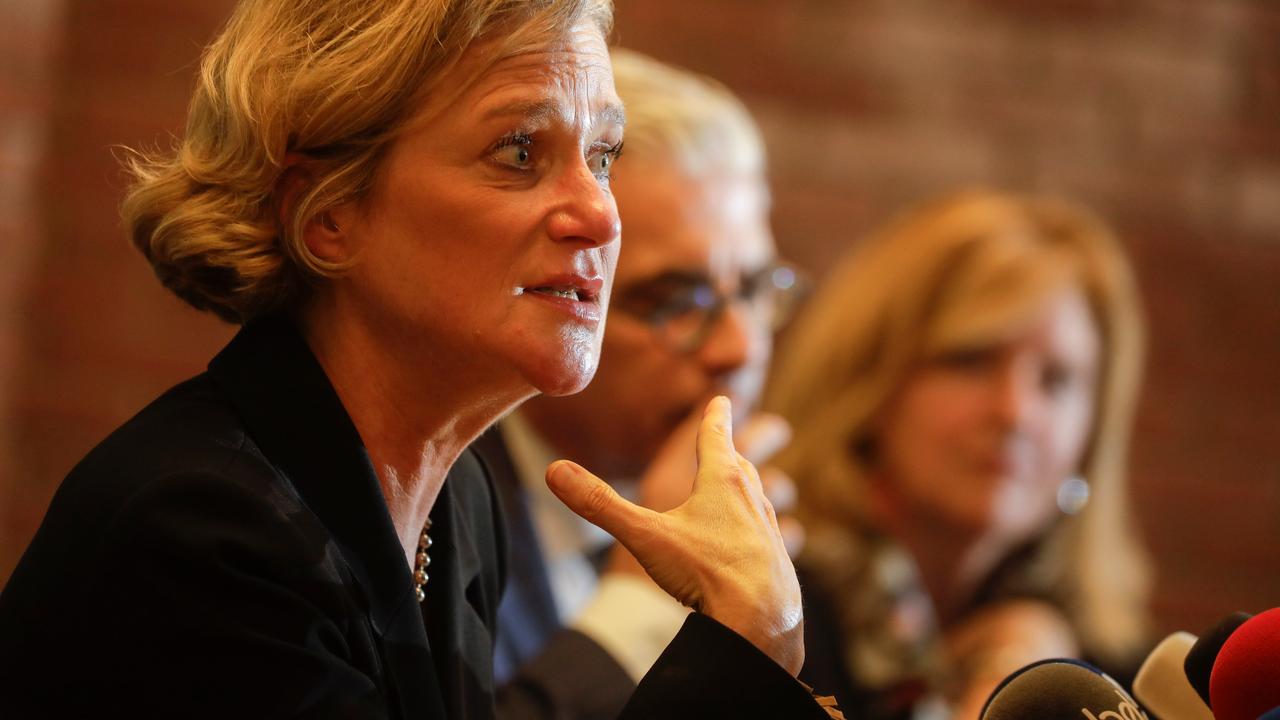 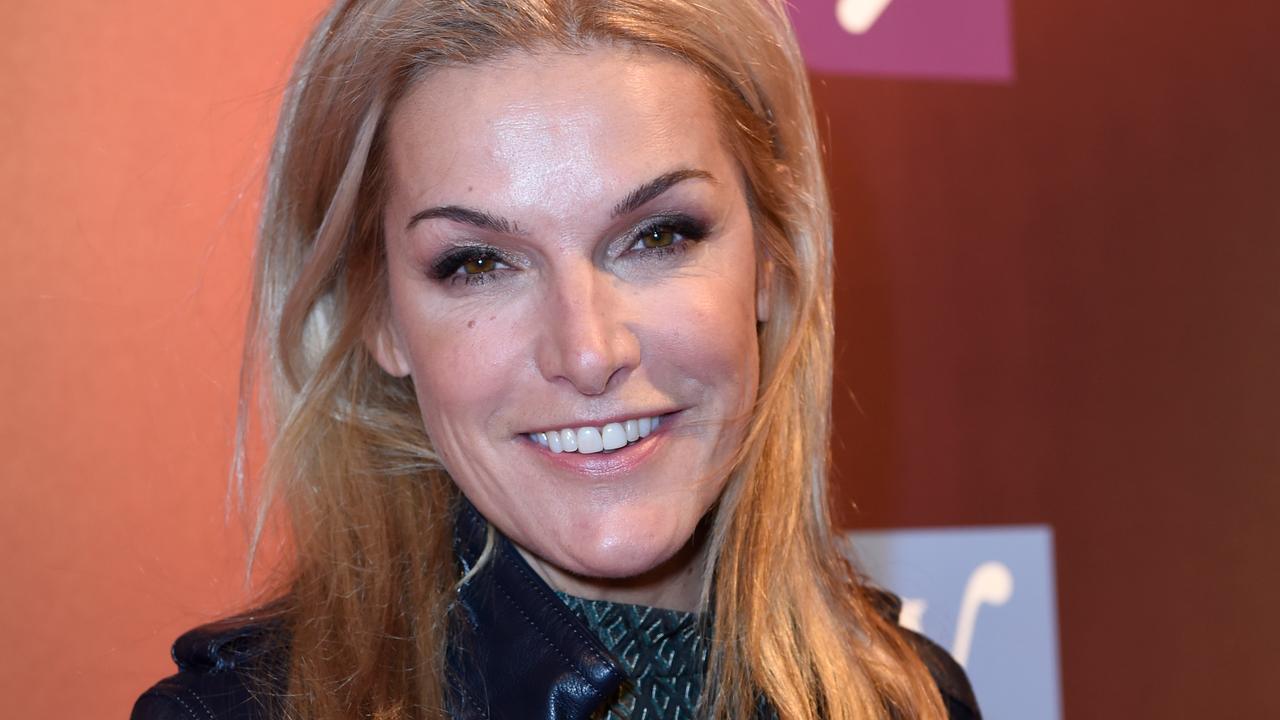 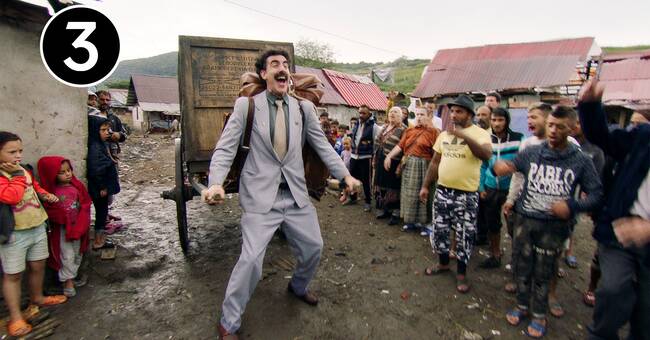 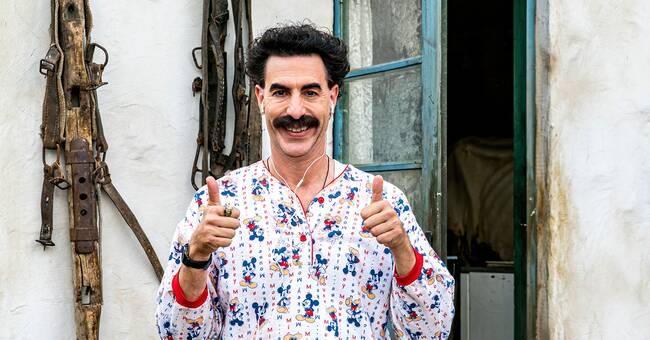