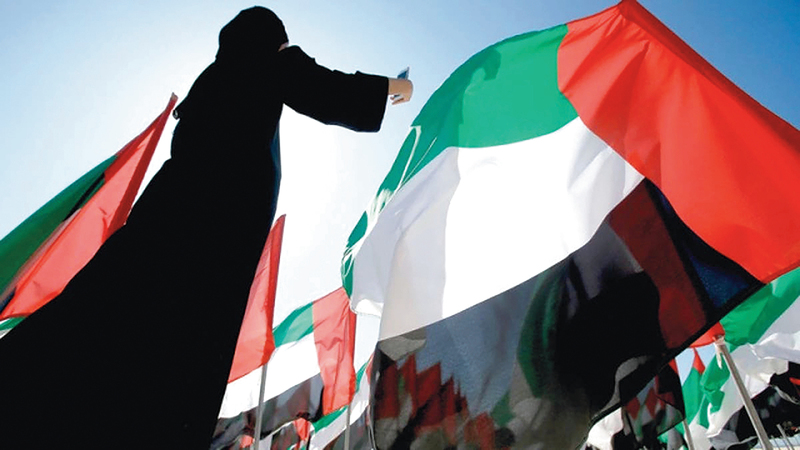 The women's sectors in the UAE are a pillar of sustainability and the nation. Archives

The wife of His Highness Sheikh Mohammed bin Hamad bin Mohammed Al Sharqi, Crown Prince of Fujairah, Her Highness Sheikha Latifa bint Mohammed bin Rashid Al Maktoum, patron of the Sheikha Latifa bint Mohammed Al Maktoum Award for Childhood Creativity, emanating from the Women's Renaissance Society in Dubai, that Emirati women have achieved record and creative achievements And creative with the grace of God Almighty, and the unlimited support of the wise leadership, and the reinforced support of His Highness Sheikha Fatima bint Mubarak, President of the General Women's Union, President of the Supreme Council for Motherhood and Childhood, and Supreme Chairwoman of the Family Development Foundation (Mother of the Emirates).

Her Highness Sheikha Latifa bint Mohammed bin Rashid Al Maktoum said, in a statement on the occasion of Emirati Women's Day, which falls on August 28 of each year: “We were all happy during the past two days with the country's celebrations of Emirati Women's Day, and here we must have mercy on the spirit of the founding father, the wise Arab Zayed Goodness, may God rest his soul, for his historical efforts in serving Emirati women, as he laid the foundations for empowering women with confidence and ability, and in the footsteps of Zayed al-Khair, our beloved Emirates walked under the leadership of His Highness Sheikh Khalifa bin Zayed Al Nahyan, President of the State, and His Highness Sheikh Mohammed bin Rashid Al Maktoum Vice President and Prime Minister of the UAE and Ruler of Dubai, His Highness Sheikh Mohammed bin Zayed Al Nahyan, Crown Prince of Abu Dhabi and Deputy Supreme Commander of the Armed Forces, and their brothers, the members of the Supreme Council of the Union, rulers of the Emirates, in support of the issues and aspirations of Emirati women.

Her Highness expressed her pride in the success, creativity and excellence of the Emirati woman, and her Highness raised the highest verses of congratulations and blessings to His Highness (Mother of Humanity, Mother of the Emirates), the mother, Her Highness Sheikha Fatima bint Mubarak, appreciating Her Highness's rich and continuous efforts, which established a bright and honorable model for women's participation and its pioneering role in empowering women. Women in all vital sectors, and her wise vision to support and support the march of success, excellence and excellence for Emirati women, until she brought her to the tops of leadership and the highest levels of individual giving at the family level, the first nucleus in the social system. Her Highness added: “The congratulations are extended to the wife of His Highness the father, Sheikh Mohammed bin Rashid Al Maktoum, the mother of generosity, Her Highness Sheikha Hind bint Maktoum bin Jumah Al Maktoum, appreciating the support and efforts of Her Highness in the arenas of humanitarian, social and charitable work in the spaces of Emirati women's work.”

Her Highness said: “On my own behalf and on behalf of the family of the Sheikha Latifa bint Mohammed bin Rashid Award, we are proud, proud and congratulate the mothers of the martyrs who have come dear and precious for the sake of the dear homeland ... We also congratulate the mothers of orphans, the candles of hope and the women of human sacrifice, and in the highest meanings we congratulate all mothers. And women in our dear country are the Emirati Women's Day, given that the women's sectors in our precious emirates are a bond of sustainability and the nation. Therefore, the slogan of the country's celebrations this year came under a connotation greater than the meaning and depth of its content (planning for the fifty .. women is the support of the nation), and it carries values ​​and cultural concepts luminous in the sky The dear homeland is a support and a bar. ” Her Highness Sheikha Latifa bint Mohammed bin Rashid pointed out that women are the pride of the Emirates, and that there are three radiance flying in the spaces of the nation embodying the fingerprints of the Emirati woman, represented by three Emirati achievements that the state launched, finally, that fully reflected the level of what Emirati women have achieved, namely «probe Hope », the Barakah project for peaceful nuclear energy, and its active contribution to the national experience in combating the spread of the Corona virus, by joining the ranks of the first line of defense, to confirm the success of the wise leadership’s efforts in empowering it in various sectors, and establishing it as a basic partner in the development process.

Her Highness concluded by saying: "Every year, the Emirati leadership is fine, the people of the Emirates are fine, and the women are firmly rooted in the land of loyalty with a thousand good."

"We have mercy on the spirit of the founding father, the wise Arab wise, Zayed al-Khair, for his historic efforts in serving Emirati women, as he laid the foundations for empowering women with confidence and competence."