Win back the "home at home" you! To seize the summer economy, businessmen fight

Chinanews client, Beijing, August 2nd (Reporter Zhang Ni) After entering the vault, many parts of the country have entered the "sweat steaming" mode, but the summer economy is accompanied by the hot weather.   10% off air tickets, free tickets, night markets open...Under the special background that the epidemic has not yet ended, businesses have played various "summer cards" just to win back co... 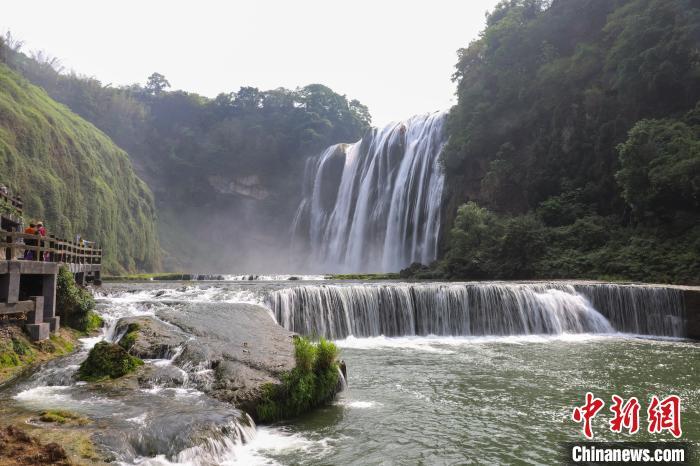 Chinanews client, Beijing, August 2nd (Reporter Zhang Ni) After entering the vault, many parts of the country have entered the "sweat steaming" mode, but the summer economy is accompanied by the hot weather.

10% off air tickets, free tickets, night markets open...Under the special background that the epidemic has not yet ended, businesses have played various "summer cards" just to win back consumers who are "staying at home".

——10% discount on air tickets, free tickets..."Poetry and Faraway" is waiting for you

For the tourism industry that has just been hit by the epidemic, the arrival of this summer vacation is long-awaited.

On July 14, the General Office of the Ministry of Culture and Tourism issued a notice allowing travel agencies to conditionally resume their inter-provincial team tour business. The lifting of the ban on inter-provincial team travel has rekindled the enthusiasm of "poetry and the distant place" for many people, and finally allowed the tourism industry to smell the breath of "spring".

How to attract more tourists in the summer? The simple and rude "price tag" became the first choice.

Take airlines as an example. Recently, the low prices offered by many companies are quite attractive.

On the 30th, on a ticketing platform, a reporter inquired about a one-way ticket from Beijing to Shanghai on August 8, and the economy class discount was even as low as 1.9%, which was only less than 400 yuan; Beijing to Kunming flights, economy class The lowest price is only 500 yuan, which is equivalent to less than 20% off.

In addition, there are some airlines that also offer big discounts in business class. For example, on August 8, the business class discount on some flights from Beijing to Xi'an was as low as 32%.

In addition to airlines, all major scenic spots will not hesitate to drop the ticket prices in order to attract summer tourists, and some are even free.

For example, in order to boost tourism consumption, from August 1 to the end of this year, 81 state-owned scenic spots in Shandong Province, such as Mount Tai, Sankong, and the world's first spring, will greatly reduce the ticket price, some as low as 20%.

Outside Shandong, Shanxi, Henan and other places have successively issued free tickets for scenic spots. According to previous incomplete statistics, at least 500 domestic scenic spots have implemented preferential measures.

With the start of summer vacation, students and parents are undoubtedly a huge potential consumer group. With the end of the college entrance examination, gatherings and travel have become the main activities of many student party holidays.

On July 10, Ctrip released data showing that within 24 hours after the college entrance examination, searches for air tickets, train tickets, and hotels in many places across the country rose rapidly. Among them, the search volume for hotels increased by 59% year-on-year on the same day last month. , In the proportion of search users, the proportion of "post-00" accounts for the vast majority.

Therefore, many businesses have targeted the young group of students and introduced various special measures for candidates.

Recently, the Culture, Radio, Film, Television and Tourism Bureau of Handan City, Hebei Province launched the "Commemorative Graduation Season, Free Tour in Midsummer" for 2020 college entrance examination candidates. From July 18 to August 31, 2020, college entrance examination candidates across the country can visit 18 scenic spots including the anti-Japanese tunnel ruins at the bottom of the Jinan Mountain and Taihang Yaowang Valley for free with an admission ticket and personal ID card.

Facing the travel needs of summer students, families, and groups, HNA's airlines have launched a variety of air packages.

For example, Hainan Airlines has tailored a special preferential product "Teacher and Student Travel Discount" for college teachers and students, and formulated family package products to meet the travel requirements of the elderly, children and other groups. Tianjin Airlines also introduced that students can enjoy a discount of about 10% of the economy class fare.

In addition to aviation and tourism, fitness, catering and other industries have also begun to play the "student card".

For example, on a group buying platform, many gyms have launched summer special training programs for middle and high school candidates, children's experience packages, parent-child packages, and so on.

In addition, some photography studios have specially launched special discount experience programs for all kinds of fresh graduates in order to meet the needs of graduates to take graduation photos.

Data map: On the evening of July 29, in Kunming, Yunnan, a waiter in a restaurant was serving customers. Photo by China News Agency reporter Kang Ping

Where is the busiest summer day? Of course it is the summer night market. With the effective control of the epidemic in most parts of the country, night markets in the streets and lanes are gradually booming.

For businesses previously affected by the epidemic, especially the catering industry, extending business hours is undoubtedly an important channel to increase turnover.

At present, many parts of the country have issued policies and specific measures to promote the development of urban night economy.

Beijing also issued and implemented the "Beijing Action Plan for Promoting New Consumption and Leading Quality and New Life" in June this year. According to this plan, Beijing will design and develop about 10 "Night View Beijing" routes, and plan to host 10 boutique fluorescent night runs, night shows and other outdoor themed activities.

In addition, Beijing will implement the "Light Up Beijing" night cultural tourism consumption plan, and promote the extension of the business hours of museums, art galleries, scenic spots, parks, and characteristic commercial blocks with conditions.

Tianjin has also issued a detailed plan for the night market. In May of this year, the Tianjin Municipal Bureau of Commerce issued the "Ten Major Projects for the Development of Night Economy in Tianjin (2020-2022)", which clearly stated that gradually getting rid of the "night economy" is the traditional thinking of catering, snacks and food stalls, and gradually forming food and travel Diversified night consumer markets such as shopping, entertainment, sports, exhibitions and performances.

It is worth mentioning that the document specifically proposes to combine night economy with tourism economy, backstreet economy, small shop economy, and Internet celebrity economy, and introduce multiple formats such as experience, entertainment, interaction, and immersion.

Data map: A viewer scans the QR code to pick up the ticket in the CBD store of Beijing Wanda Cinemas. Photo by China News Agency reporter Jia Tianyong

Under the epidemic situation, whether they can win back the people who "stay at home" and let them consume again, comprehensive epidemic prevention measures are the prerequisite for them to go out with peace of mind.

On the one hand, we must attract customers, and on the other side, there must be no negligence in epidemic prevention and control. How to balance the two?

Many businesses have begun to make a fuss about the business environment. Current limitation, one-meter noodles, and staff nucleic acid testing... are to make customers feel relieved to enter the store.

In the major movie theaters that have just restarted, it is also necessary to strictly implement the "Guidelines for the Reopening of Movie Screening Sites of the China Film Distribution and Exhibition Association for the Prevention and Control of Epidemics."

According to the requirements, the theater shall adopt online real-name reservation, contactless ticket sales, and cross-seating ticket sales. The attendance rate of each show shall not exceed 30%, and the distance between strangers shall be more than 1 meter. In addition, in movie theaters, one-meter noodles and body temperature measurement have become "standard equipment", and many theaters have provided audiences with items such as hand sanitizers and disinfectants.

Less than two weeks after the movie theater resumed work, there have been positive data changes.

According to data from the professional version of Maoyan, as of July 29, the number of theaters nationwide had resumed work at 5,985, and the national resumption rate reached 52.75%. Among them, the resumption rate of theaters in Shandong, Shanxi, Jiangxi, Hunan, Zhejiang and other provinces has exceeded 60%.

What are you involved in the increasingly hot summer economy? (Finish)

News/Politics 2020-05-07T10:27:32.548Z
Taiwan Youth Venture Platform is optimistic about the mainland market: seize the development opportunities after the epidemic 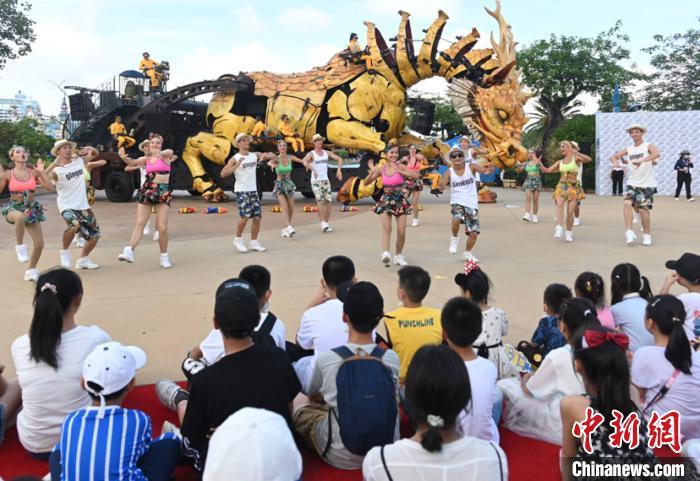 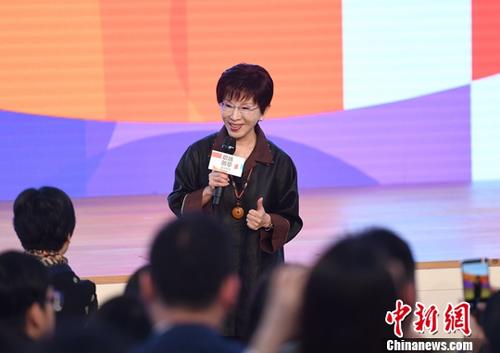 News/Politics 2020-07-17T15:21:09.943Z
Hong Xiuzhu delivered a speech at the Zhongshan Forum on both sides of the Taiwan Straits and once again emphasized adherence to the "1992 Consensus" 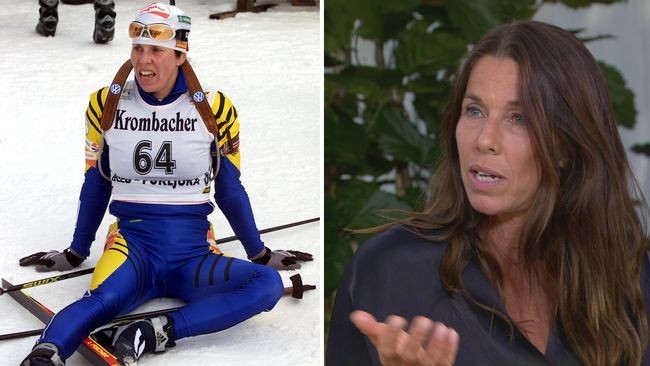 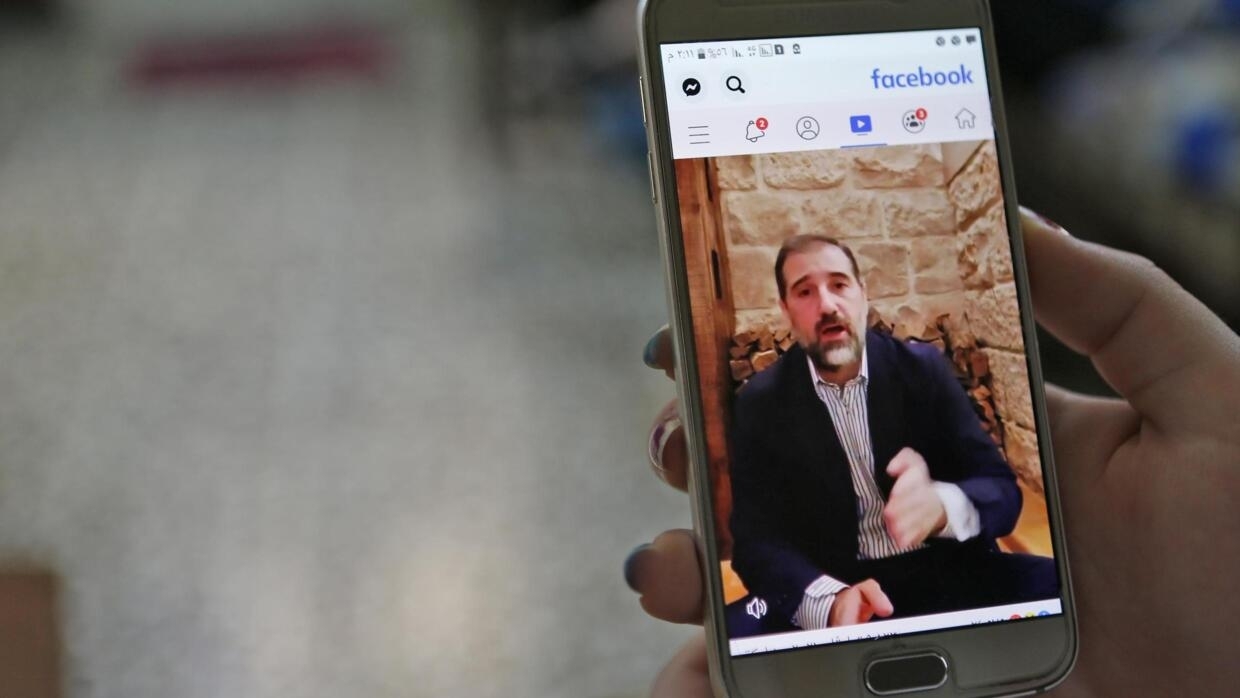 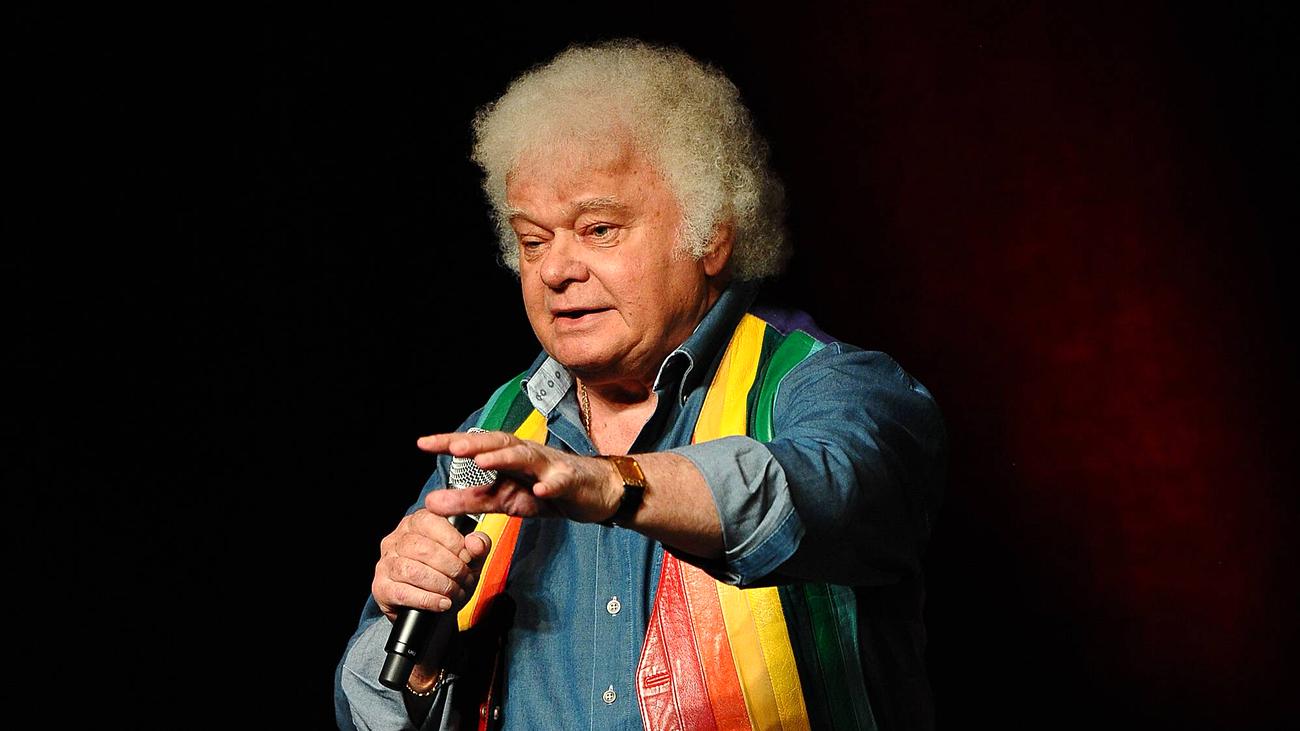 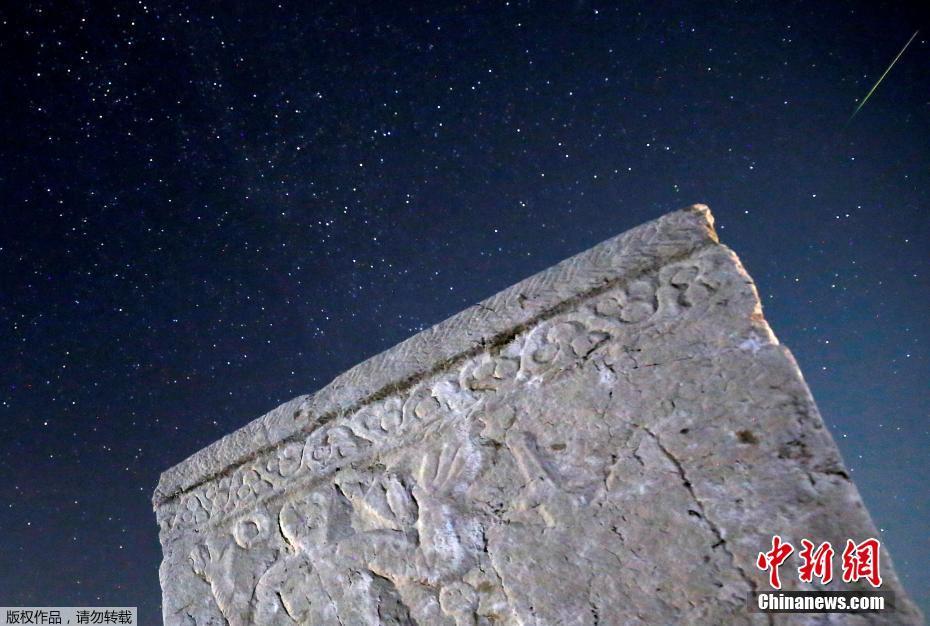 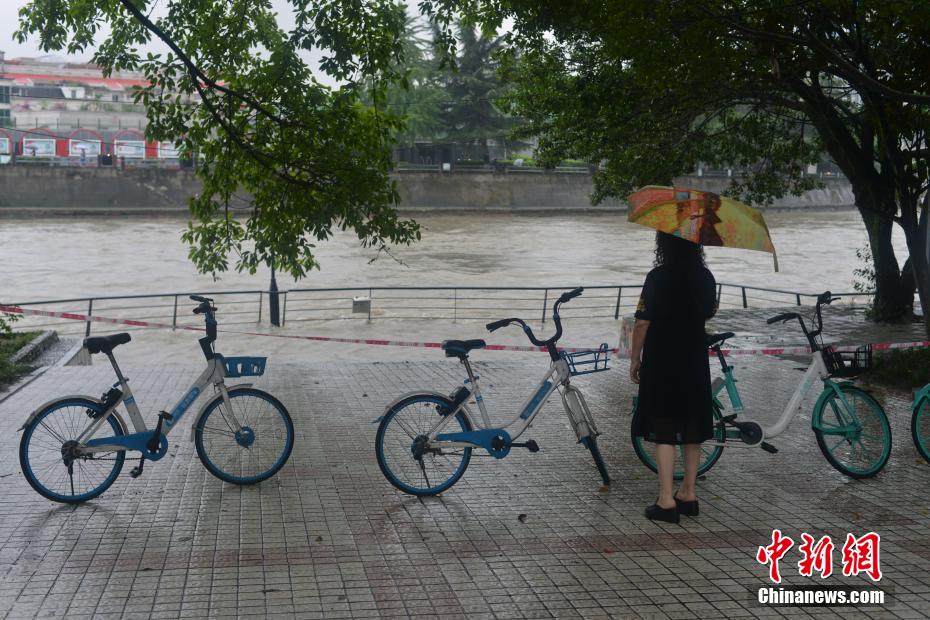 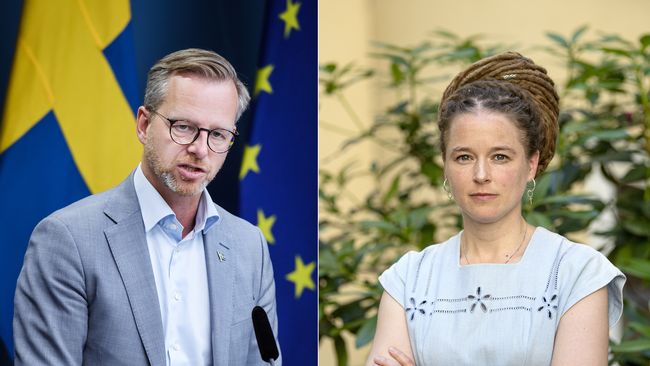