Tips to protect against excessive sweating in the summer

The problem of sweating in the summer is one of the most troublesome things for people, especially those whose work requires going out of offices and practicing field work. Here we offer some advice, which was published on the German website (Deutsche Welle), to reduce sweating in the summer: 1 - reduce drinking coffee Reducing the meal 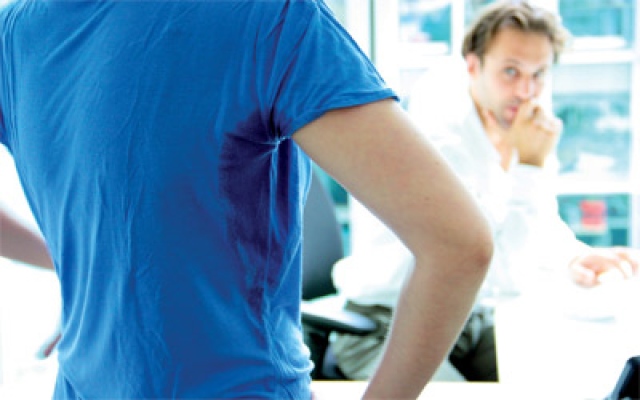 The problem of sweating in the summer is one of the most troublesome things for people, especially those whose work requires getting out of offices and practicing field work.

Here are some tips that were published on the German website (Deutsche Welle) to reduce sweating in the summer:

1- Reducing coffee drinking, and reducing meals that contain hot spices such as hot pepper and curry, as it may lead to increased sweating in some people.

2- Eat moisturizing foods such as fruits, yogurt, and foods containing zinc, or nuts, which reduce the unpleasant smell of sweat.

3- Wearing appropriate clothes, as wearing tight clothes hinders the movement of air under the clothes, which results in extreme sweating. Therefore, it is advisable to wear clothes that leave air and made of natural fabrics such as linen.

5- Use the correct deodorant, and it is best to use "Antiperspirant" and not "Deodorant". Deutsche Welle, quoting Men's Health, explains that the difference between them is that the deodorant only covers the smell of sweat, while antiperspirants narrow the sweat glands under the armpit and thus reduce sweat to a large extent. It is advised to use antiperspirants before bed to get the best results.

Antiperspirants should not be used after hair removal under the armpits, as this may cause skin infections in some people.

6- Bathing in lukewarm water, although some enjoy bathing in warm or hot water, but this may increase the problem of permanent sweating. Hot water can open pores and stimulate the formation of sweat. So it is best to shower in lukewarm or cold water that closes the pores. It is also advised to use antibacterial soap when bathing, as mixing bacteria with sweat causes an irritating smell of sweat.

7- Going to the sauna, and this may seem strange, but according to the Deutsche Welle website, the frequent going to the sauna accustoms the body to lower its temperature automatically, which will reduce the formation of sweat in the long run. The site warns of the importance of compensating for the sweat that the body loses by drinking a lot of water after using the sauna.

8- Vinegar may help reduce excessive sweating, according to its Deutsche Welle website from Refinery 29, which praises the effect of vinegar on preventing sweating. It is recommended to take two teaspoons in the morning, one from white vinegar and one from apple cider vinegar.

9- Maintain an appropriate ambient temperature by turning on the conditioner, or placing a bowl of ice in front of the fan to cool the air somewhat. It is also recommended to close the curtains in the daytime to prevent sunlight from entering the room.

10- It is advised to postpone heavy physical work for the evening or perform it in the early morning.