The art that was cleaned away

The janitors in the London Underground scribbled a Banksyverk by mistake. The cultural news lists more works of art that have been zealously scrubbed, painted and swept away in all good faith. 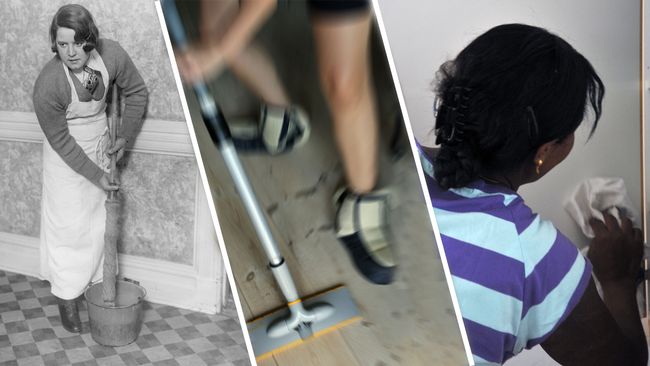 In Ruben Östlund's Gold Palm winning film The square, a janitor at a museum of contemporary art vacuums up some gray piles - which is art. But it is not only in fiction that art is mistaken for rubbish. The cultural news lists.

1. At Rosendal's school in Vallentuna, the school had the students paint over a mural by Peter Tillberg in April 2020. The motivation was that the students "wanted it brighter". The school did not know the artist behind the painting.

Peter Tillberg's mural was painted over by students. Photo: private

2. In 2019, a summer working youth was instructed to paint over new graffiti that appeared in the center of Rågsved in Stockholm. He then mistaken the graffiti work Highway, which covers an entire facade, for graffiti and dutifully began painting the entire wall blue.

The highway was half painted over by a graffiti cleaner in the belief that the painting was illegal. Stock Photography. Photo: Pär Fredin / TT

3. The park administration in Uppsala saw some rubbish floating around in Svandammen in 2018. They swept it ashore, unaware that it was a floating word artwork by Clark Lunberry, funny enough on the theme of appearance / disappearance.

4. In the Italian Museum Gallery, the janitors were to clean up after a vernissage in 2015. They picked up champagne bottles, confetti and cigarette butts from the floor. It turned out to be a work that symbolized the country's politicians' lifestyle in the 80's.

The work "We are going to dance tonight" by Goldschmied & Chiari

5. A zealous janitor in Dortmund, Germany, scrubbed a work of art worth seven million kronor at the city's Ostwallmuseum in 2011. She removed the entire patina that would represent a rain pool.

"When it Starts Dripping from the Ceiling" by Martin Kippenberger Photo: Mike Siepmann / TT