We have plunged into the 150 measures of the Climate Convention

For nine months, the 150 French drawn from the Citizens' Climate Convention worked to identify measures to reduce our greenhouse gas emissions by 40% from here 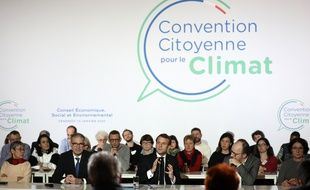 It is a 286-page report, blacked out with 149 proposals grouped into 50 major objectives, themselves classified into five themes. "Eat", "stay", "consume", "produce and work", "move". Plus a chapter that brings together a series of proposals to revise the Constitution aimed at making it more effective in the fight against global warming.

This big pavement is already the first proof that the 150 citizens drawn by lot from the Citizen's Climate Convention took their mission seriously. Desired by Emmanuel Macron, who had made it one of his responses to the “yellow vests” crisis, this assembly was launched in early October, with the aim of identifying measures that would make it possible to reduce emissions by at least 40% greenhouse gas (GHG) emissions by 2030. All in a logic of social justice.

Nine months later, we are there: the 150 citizens meet one last time, from Friday to Sunday, at the Economic, Social and Environmental Council (Cese), for a seventh and last working session. It will be a question of rereading and definitively voting on the 149 proposals, then of refining the report before submitting it to the executive on Sunday evening.

What to remember? Julien Blanchet, general rapporteur of the Citizen's Climate Convention, does not really like the question. First of all because "this relationship forms a whole," he explains. It is difficult to get out of it one measure more than another without breaking the overall coherence desired by the 150 citizens. Another downside: the 150 proposals sent to journalists on Thursday are not frozen. "This weekend, the votes will focus on the 50 major objectives, it is not impossible that some will be removed at the last moment," recalls Julien Blanchet.

The program of these 3 days of work for citizens ➡️ https: // t .co / whxqGbRsLm. #ConventionCitoyenne pic.twitter.com/Ul8S0S6Uxq

All the same, 20 Minutes has peeled the 286 pages and gives you some flagship proposals that could appear in the final version.

Mandating thermal renovation of the building s . Many things are done today on the energy renovation of buildings, concedes the convention in its report. In particular on thermal colanders, these dwellings classified F or G with regard to their low energy performance. But the current levers are mainly incentive, note the 150 citizens, who propose to change scale. Quite simply by making it compulsory for occupying owners or landlords to renovate their homes by 2040. “Our ambition is to move from renovation with small gestures and small steps, to global renovation (roof , insulation, window, heating and VMC), multiplying by three the pace of renovations ”, write the 150 citizens. To facilitate this work, the convention recommends setting up a harmonized network of one-stop shops, setting up a progressive system of aid for renovation - with loans and grants for the most disadvantaged - or training building professionals. to meet the demand for overall renovation.

Make the city more compact. The convention has identified thirteen proposals to fight against artificialisation of the soil. In other words, the conversion of open ground (natural spaces, gardens and public parks, agricultural land, forests ...) into artificial spaces (housing, offices, sports fields, paths ...). A big chunk of the ecological transition: "Today, the artificialisation of soils is progressing by 8.5% per year, an increase equivalent to (the area of) an average French department in less than ten years, between 2006 and 2015 ”, recalls the report.

To counter this, the convention proposes the prohibition of any artificialisation of land as long as the rehabilitation of existing buildings - old housing or brownfields, for example - is possible within the existing urban envelope. Another measure would be to immediately take coercive measures to stop the development of peri-urban commercial areas that consume a lot of space. "Except in areas where the density of commercial and artisanal area per inhabitant is much lower than the departmental average", specifies the report.

Ban advertising for polluting products . On the “consume” theme, the 150 citizens not only looked at the carbon footprint of our purchases, but also took an interest in incentives for overconsumption. In the viewfinder then, advertising, which the convention proposes to regulate. A rising idea, also carried by parliamentarians and NGOs. "We believe that this is one of the main levers to be used to change consumer behavior in a sustainable way, because of its major role in the production of our lifestyles", write the 150 citizens. Their flagship proposal is to ban advertising on the most polluting products from 2023, in the same way that the Evin law already prohibits advertising on tobacco and strongly restricts it on alcoholic beverages. But it goes beyond that, the convention proposing to regulate advertising in general, in order to redirect consumption to more virtuous products from a climatic point of view, or even to put in place notices to encourage people to consume less.

A daily vegetarian choice in self-service. "By 2030, our plate will have to include 20% less meat and dairy products and more fruit and vegetables, pulses and cereals," recalls the convention in order to reduce the carbon footprint of our food. The 150 citizens say they do not want to dictate to people what they should consume, but "rather make sure that everyone has access to the right information and that the choice of suitable products is made easier and accessible to all". In this perspective, the report proposes to rely in particular on collective catering which, even if it represents less than 10% of meals in France, "is an essential lever in terms of education and behavior change". The agreement, for example, offers a bonus of 10 cents per meal for small organic and local canteens, "to help them absorb the additional cost for the first three years of their transition". Or that all the self-services of public catering offer a daily vegetarian choice from January 2022.

Boost agroecology. The objective is clear for the convention: to reach 50% of agroecology farms by 2040. What is it? The adoption of agricultural practices which take into account the balances of nature and the services it provides, defines France Nature Environment, which gives several examples. The convention sees this model as a way to better "respect living things and biodiversity, maintain carbon in the soil and allow agriculture that emits less GHGs". The convention insists very much on the need to support this transition, by asking the State to play this role. By reforming agricultural education and training for example, but also by weighing all its weight in the current negotiations on the new Common Agricultural Policy (CAP) to redirect subsidies to farmers towards practices that emit less greenhouse gases . The convention would even welcome "the creation of a minimum wage for small farmers, breeders and fishermen who produce organic, local and respecting the principles of agroecology".

110 km / h high max on the highway. “Getting around” is another big chapter in this report. The convention identified a battery of measures to accelerate the exit from the private car and develop alternative solutions. These include the proposal to reform the income tax kilometer allowance system, a tax benefit enjoyed by people traveling by private car to their place of work. "The more powerful a car, the greater the compensation", regrets the convention, which proposes to index this mileage allowance on the car's C02 emissions. Another measure, which could make a big splash, is to reduce speed on highways, from 130 to 110 km / h. "This would reduce greenhouse gas emissions by 20%, on average, on these transports", justifies the convention.

Citizen Climate Convention: "I hope the response of the executive will be commensurate with the work of these 150 citizens," says Laurence Tubiana

Climate: Has the citizens' convention changed the convictions of its 150 members? 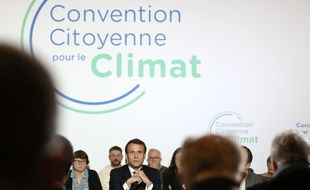 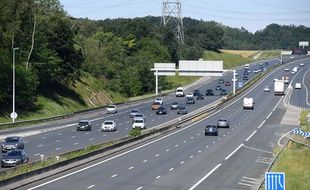 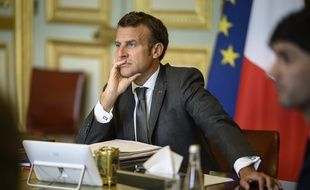 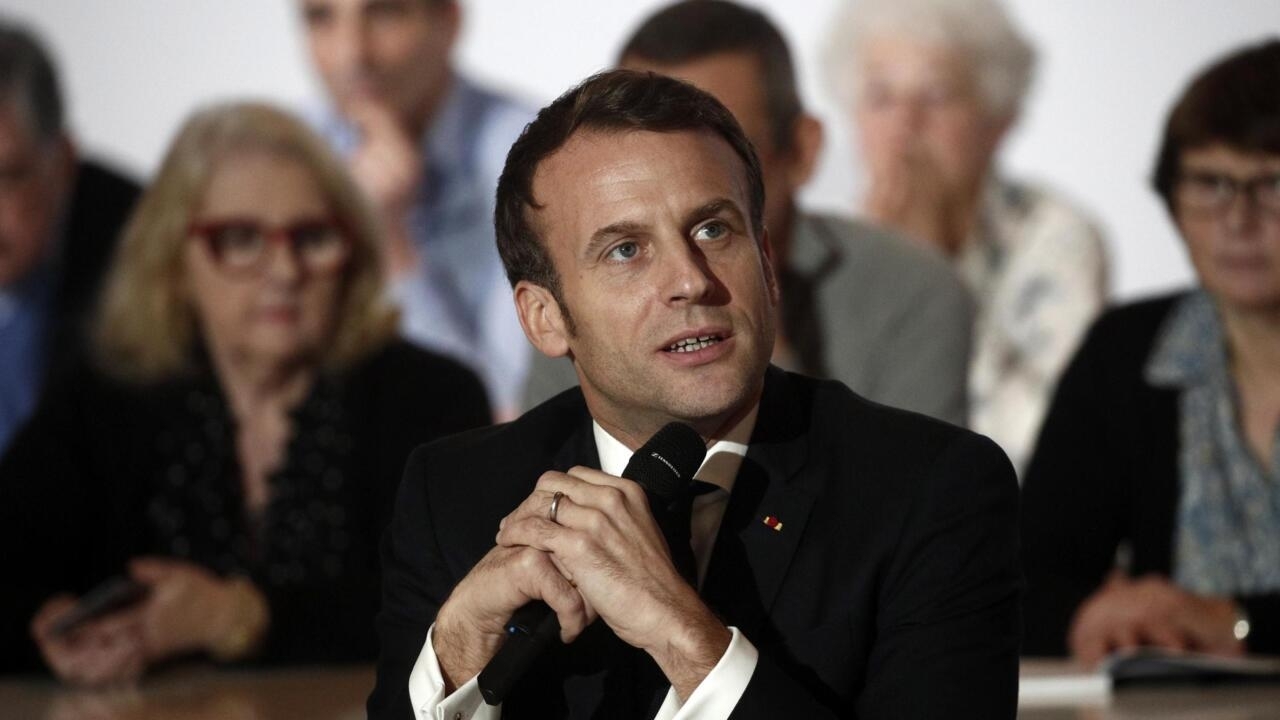 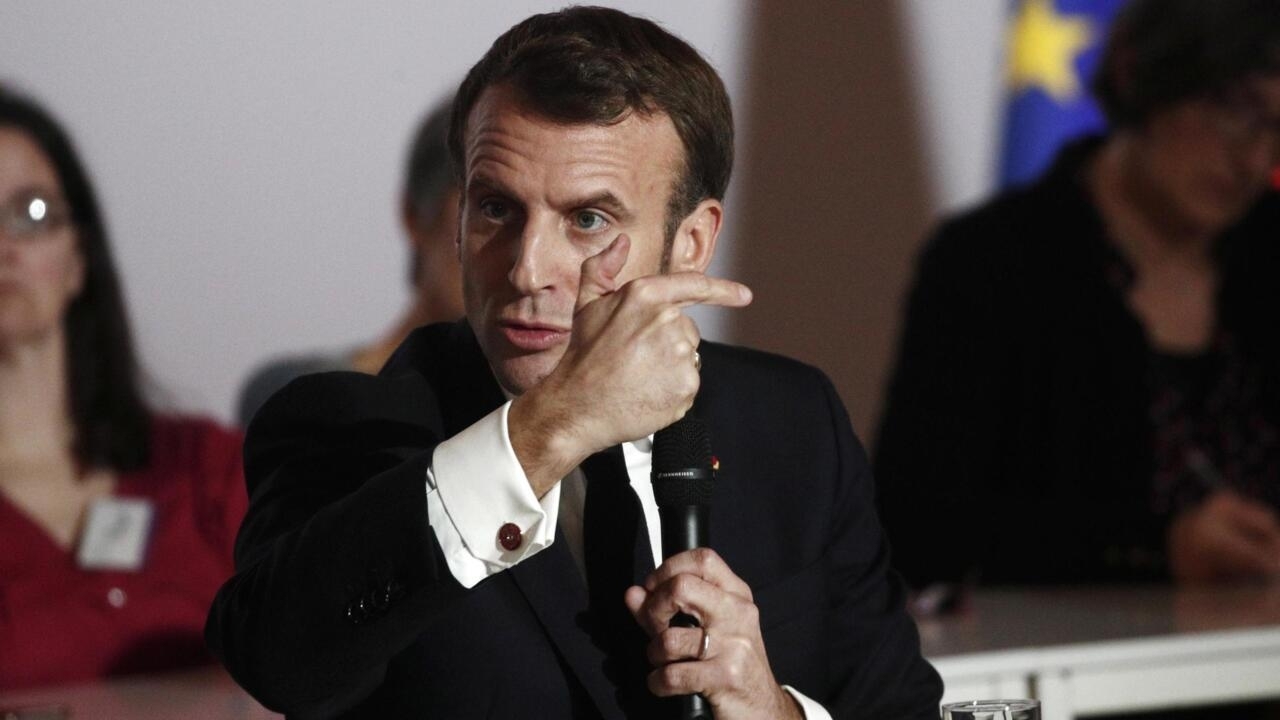 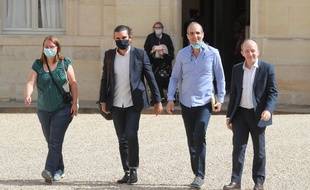 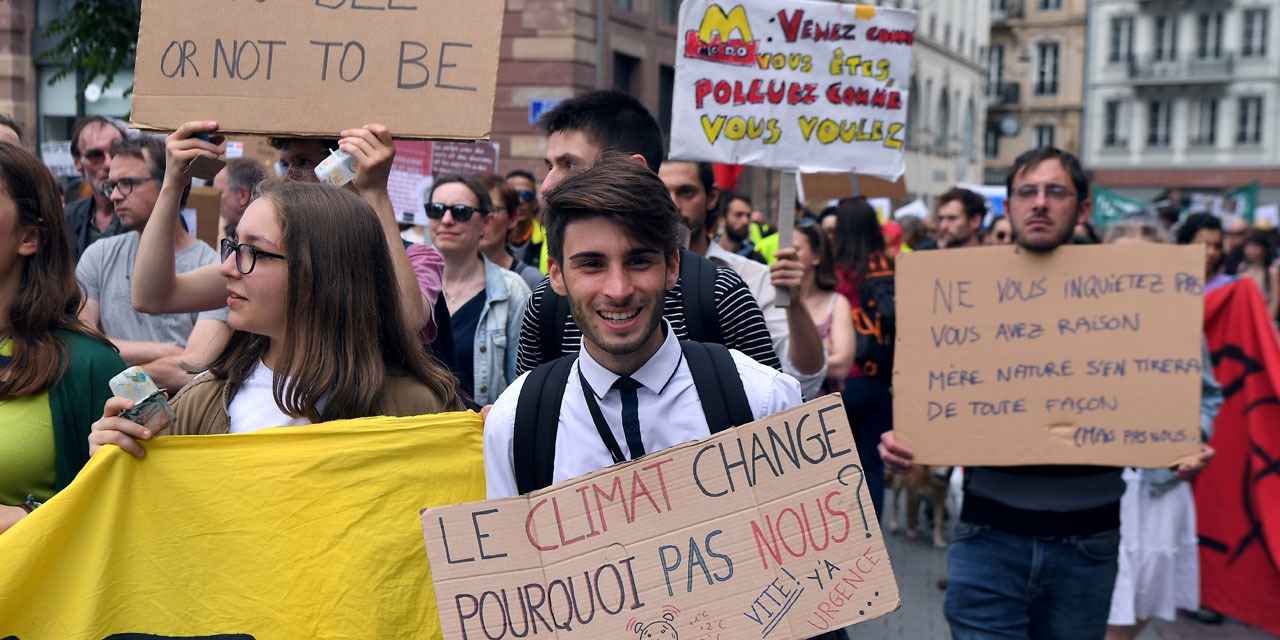 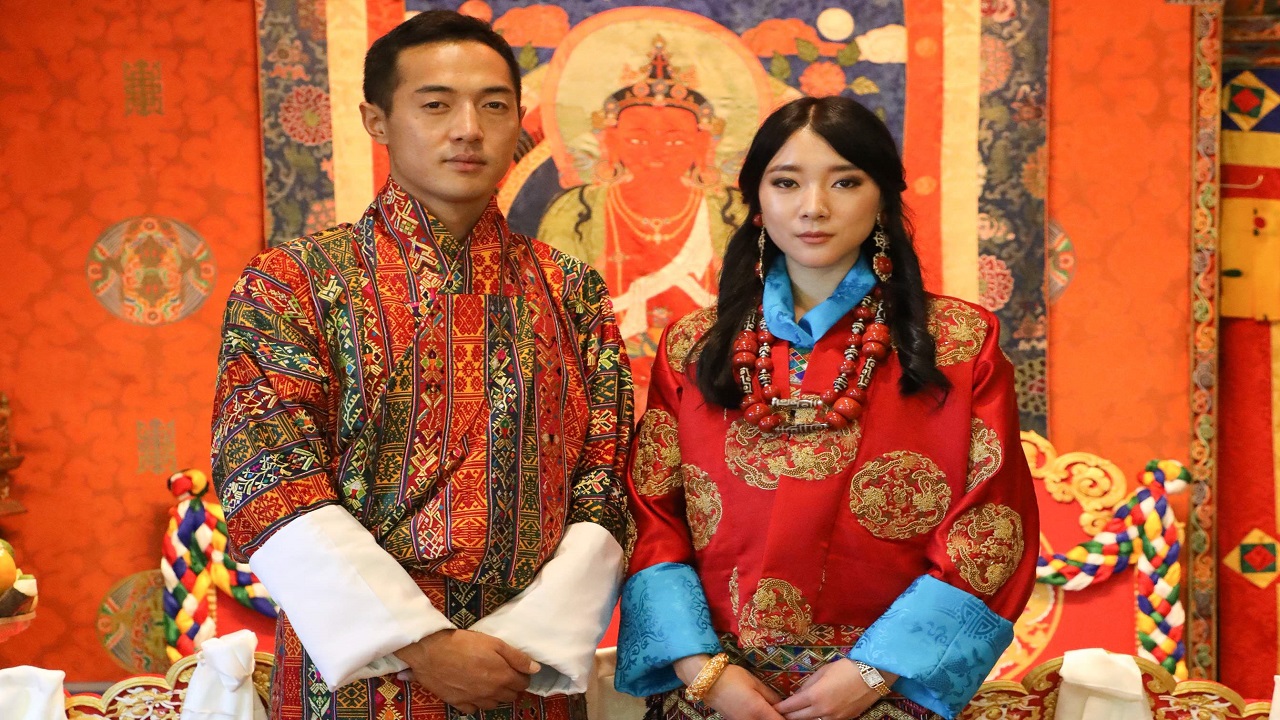 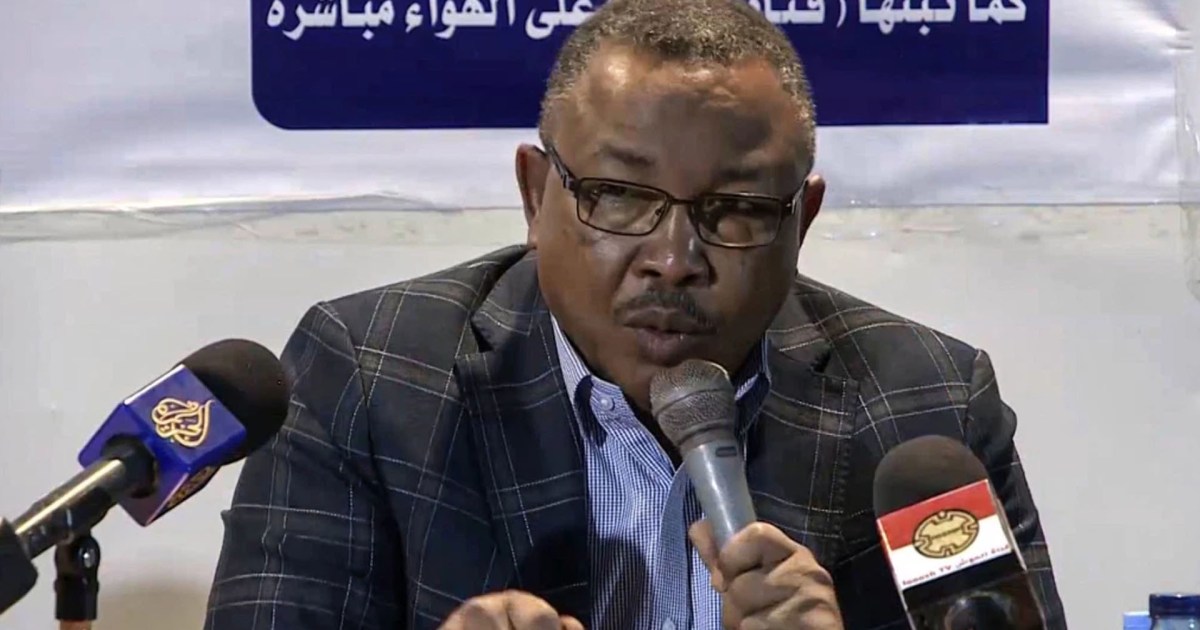 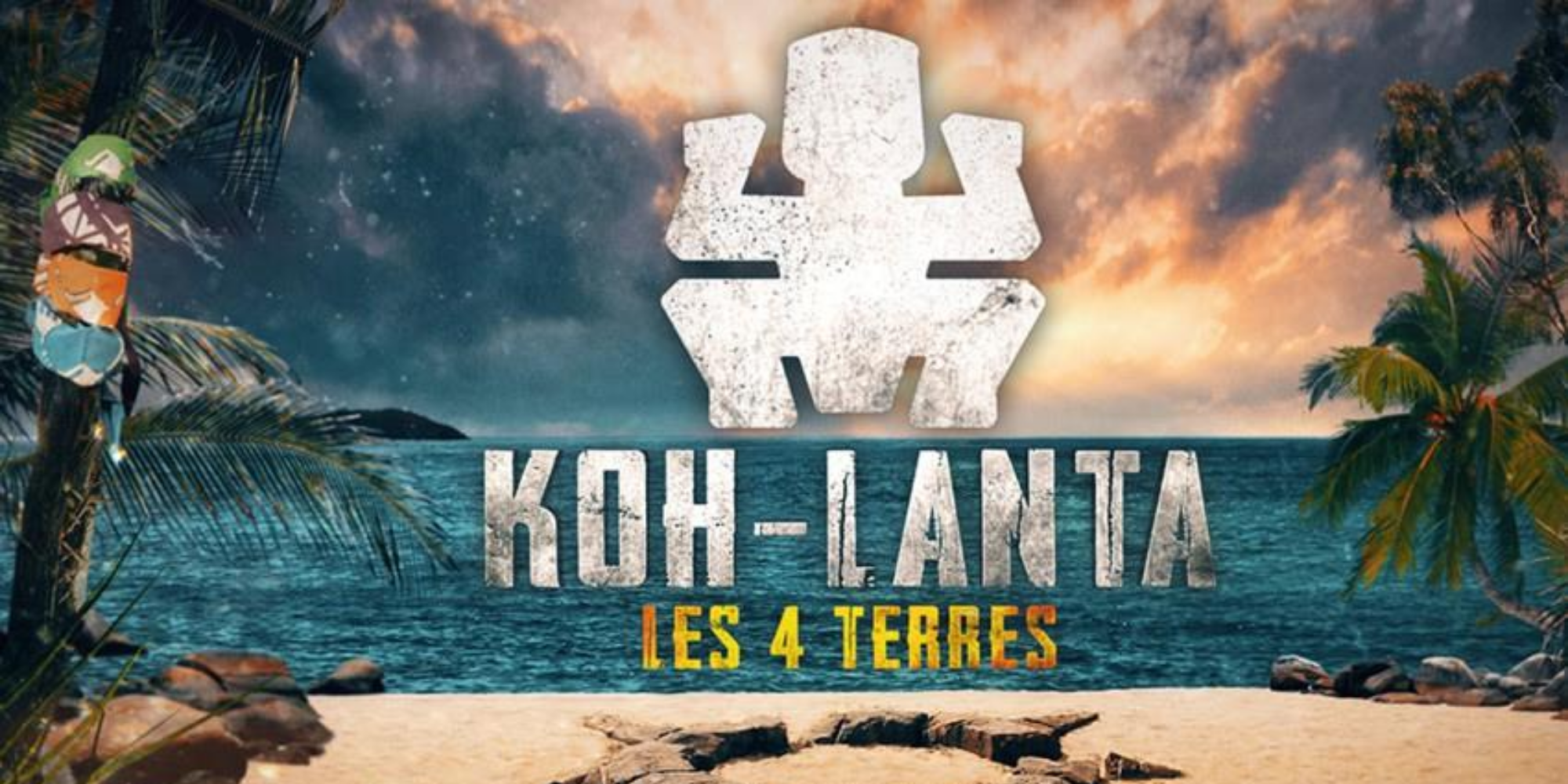