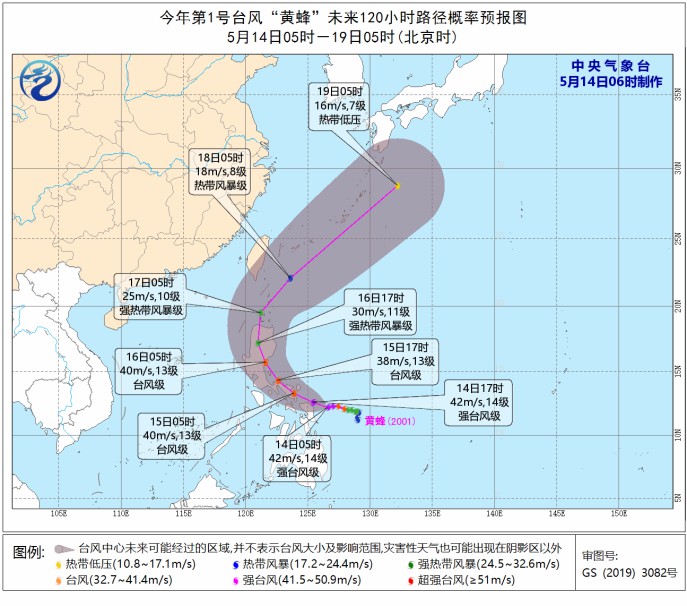 China News Service, May 14th, according to the website of the Central Meteorological Observatory, in the early morning of the 14th, the No. 1 typhoon "Wasp" this year was strengthened to a strong typhoon level. It is expected that the "Wasp" will move northwestward at a speed of 10-15 kilometers per hour, and will land on the eastern coast of the Philippines around the 15th.

This year's No. 1 typhoon "Wasp" was strengthened to a typhoon level on the 13th, and strengthened to a strong typhoon level in the early morning of the 14th. Its center is located at 5 o'clock in the morning (Beijing time, the same below). It is located in the Pacific Northwest about 660 kilometers southeast of Manila, Philippines On the ocean surface, it is 12.2 degrees north latitude and 126.6 degrees east longitude. The maximum wind force near the center is 14 (42 m / s), the lowest pressure in the center is 955 hPa, the radius of the seventh-level wind circle is 180-270 kilometers, and the radius of the ten-level wind circle is 80 kilometers. , The twelve-level wind circle has a radius of 30 kilometers.

"Wasp" will land on the eastern coast of the Philippines

It is expected that the "Wasp" will move northwestward at a speed of 10-15 kilometers per hour and gradually approach the eastern coast of the Philippines. The intensity will not change much before landing; the above-mentioned coastal landing will be around 15th, and then it will move northeastward, and It will gradually weaken and disappear in the east of the island of Taiwan.

Affected by the "Wasp", from the night of the 15th to the 17th, the wind force in the central and eastern parts of the South China Sea, the Bass Strait, and the ocean to the east of Taiwan will gradually increase to 6-7, part of the sea area is 8-9, and gusts are 10-11. 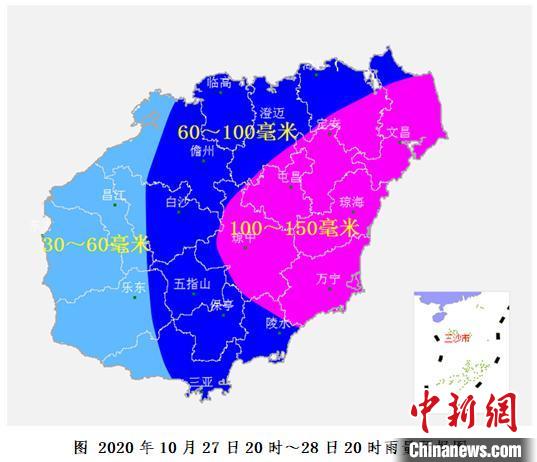 Life/Entertain 2021-01-21T00:42:44.311Z
Four Shijiazhuang people: fighting the "epidemic" is an action to protect their hometown-Chinanews.com