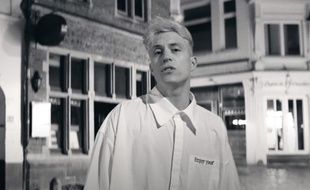 It's a confession song. Last Friday, Loïc Nottet unveiled Mr / Mrs , a title lasting more than six minutes in which he gives himself up with disarming sincerity. “Hear me scream, throw away all my guts, in this sound that counts the life of a pessimistic idiot. I feel lonely, damn. No one is holding my hand. (…) So every night I drink, I cut my mouth, to forget that in the end, success makes you alone, ”sings the 24-year-old Belgian artist, simply accompanied by a piano. Loïc Nottet, who gave Belgium fourth place at Eurovision in 2015 and won a Dance with the stars a few months later on TF1, returns for 20 Minutes to the genesis of this song which will appear in his next album, Sillygomania .

It is not very original: one evening when I did not feel very well, I took a paper and a pen and I wrote everything I thought. This is why the song is very long and tackles a lot of different subjects, even if it is mainly the fact of not being able to find its place that stands out. I just "disgusted", in quotes, all that I had in me and that I had accumulated for quite some time. When I reread the text, I realized that I was humming it. This is where the melody was born.

Have you hesitated to make it public?

I was a little scared because baring is not an easy exercise, especially in your mother tongue - it's the first time I write a song in French. It took me a long time to call a friend of mine to arrange for the piano. I knew he would pay attention to the lyrics and that it would raise questions. He welcomed the song as a good surprise, I saw in his eyes that there was hope, that he found her beautiful, that she spoke to him. We could then create it for pure pleasure. I told myself that if she had helped me, because it always feels good to take out everything that we keep inside, and that if it spoke to my friend, then it could speak to others. That's what prompted me to put it on the album.

When did you write it specifically?

Two years ago. It was right after my first tour. I had had a few professional disappointments and a lot of sentimental disappointments. There are certain points evoked in the song which are arranged today, but 90% of the text still correspond to me completely compared to my personal questioning and the place which I occupy here on Earth. It feels good to see that this song is arousing interest and reaction. People send me messages that make reading good. It's very touching. It is a part of me that I had not shown at all and to see that people are so receptive, it was unexpected for me. I did not expect that.

The French language is a language so difficult to sing and to handle. Not all words can fit into a melody ... I was a little afraid of being judged, because I did not want to express myself in ultra-romanticized language at all. I wanted to speak like a 20 year old. I was worried that people would take it for pretension. I saw that some were referring to Piaf and Brel. It is an immense honor for me because they are two artists that I really like, especially Piaf, but I feared that we could say: "He tried to do like ..." I was also afraid that people do not appreciate the sound of my voice in French. These fears have evaporated over the days with the reception of the public.

Some also make the comparison with “Formidable” by Stromae, where it is also a question of expressing one's vulnerability…

I like the idea that one day, old, I can listen to my songs and relive my life through it. For me, it was super important to take it out because it corresponds to a moment in my life when I am in full questioning on a private and professional level. I like to imagine myself on a bench, old, and remember what state of mind I was in when I wrote my songs. To be able to do that, you have to be honest and sincere in what you say. Don't be afraid to say what you think. I come from a generation where young people dare to say things more and more. It is very good. It is by offering this kind of vulnerability on a plateau that we will encourage young people to say out loud what they think low, to confess who they are, what they have done, what they want to do. or not in their lives.

The clip for "Mr / Mrs" is a sequence shot, shot in Brussels. Has there been a lot of catch and improvisation?

We did three takes. Time was running out. It was raining that day. We had to turn between the showers. It was not easy because I was quickly bullied on the street. It was two or three days before confinement, but there weren't many people, luckily for me. I imagined myself singing this song in the street, with a hat turned over while waiting for coins. When I listen to it, I have in mind the image of a street artist who tells his life, that's why I wanted to find myself in Brussels alleys, in a classy and dark atmosphere.

At the end of the clip, you dance. We know that you won "Dance with the Stars" four years ago ... Do you still remain attached to this art?

Dance will always be part of me [he started dancing at the age of 9]. There, it starts to weigh a little on me because I can not really dance for the moment, suitably at least. It is very complicated for me to take lessons today in dance schools because the notoriety makes that people recognize me quickly. I feel like I have to be perfect. Today, with smartphones, you can find yourself very quickly on Instagram, on YouTube and a work session where you have the right to make mistakes can turn into a kind of evaluation. Sometimes I reserve rooms and I just dance with friends. I miss the time when I could be in a dance school with a teacher who supervises us and be just in the crowd, like anyone else.