The cartoonist Philippe Adamov is dead

He has signed around twenty books, including the large frescoes "Le vent des Dieux" and "Les eaux de Mortelune" 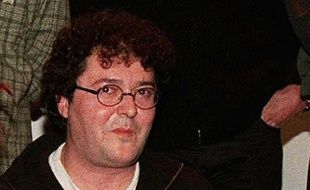 The cartoonist Philippe Adamov, who had signed twenty books including the large frescoes The Wind of the Gods and The Waters of Mortelune , has died, announced Wednesday the publishing house Glénat. "Philippe Adamov died Monday at 63," said the comic book publisher, in a press release devoted to the disappearance of this "great man of the 9th art".

After working in the animation studio of René Laloux (one of the French masters of SF), he turned to illustration of science fiction novels, before breaking into comics. Thanks to a first publication in the children's magazine Okapi , Glénat had spotted the designer, and had entrusted him with the series, in collaboration with the scriptwriter Patrick Cothias, Le vent des Dieux . In this historic fresco in the heart of medieval Japan, published from 1985, he developed his realistic line and his keen eye for detail.

The designer, strongly influenced by Moebius ( The Incal ), another reference in science fiction, had then signed several other series, most of them with Glénat, including his other masterful work, Les eaux de Mortelune (10 volumes published from 1986 to 2000), again with Cothias in the script.

This series of anticipation with powerful images and cruel characters is played out in a post-apocalyptic Paris, where water has become the most coveted resource. It has become a classic in French science fiction.

Angoulême Festival 2020: A popular success somewhat weighed down by a too sharp record