'Prostitution': sexual exploitation as a faithful reflection of our world

"It's hard to quit. Go back to paid jobs normally, where you are normally treated, like an employee. It might be like being hooked on a hard drug with being a whore. Everything 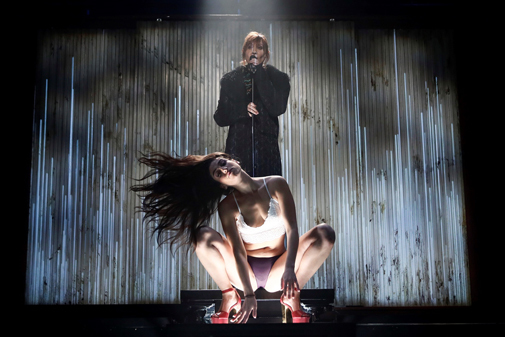 "It's hard to quit. Go back to paid jobs normally, where you are normally treated, like an employee. It would be a good idea to be hooked on a hard drug with being a whore . Everything starts well: feelings of easy power (about men, about money ), strong emotions, interesting discoveries about yourself, release of doubts ... But it is a treacherous relief.The side effects are hard And when you try to quit the complications they seem: 'Once again, only once more and now. .. 'But as soon as you have the slightest problem, you come back. That's it for a while: coming back, leaving, coming back, leaving ... until I started living off my work. "

On stage, Carmen Machi recites fragments of 'The King Kong Theory', by Virginie Despentes . He even puts a French accent while a pianist (Laia Vallés) plays some pieces to finish giving the scene a cabaret air. We are in the Spanish Theater, just around the corner from where women and young boys offer their sexual services . 'Prostitution', the title of the assembly, does not leave much room for the imagination: from texts by Despentes, Amelia Tiganus, Juan Cavestany and - above all - of the real testimonies of prostitutes and chaperos, Andrés Lima and Albert Boronat have created the dramaturgy of one of the shows that will mark this season.

"I still don't see the difference between prostitution and legal wage labor," Machi continues. "Between prostitution and female seduction. Between paid sex and interested sex. Between femininity, as magazines show us, and that of the whore. I always miss the difference. Always. Because although some do not say clearly what their fees are, I have the sensation of having met many whores, such as domestic work or the education of children, sexual services have to be done for free. What strikes morality is not the fact that the woman in the paid sex finds no pleasure. No. It is simply that she moves away from home and gains her own independence. Because money is independence. "

The words have a different resonance at a time when the issue of sexual violence against women has been at the center of the social debate. A discussion that should not forget the fundamental, according to Nathalie Poza , co-star of the play with Machi and Carolina Yuste: "The stigma of the word 'whore', that neon sign, is falling and women appear. I feel more in his skin and I feel more like sharing it. I know them and I feel them better, and somehow that is what one wants to achieve: to give them a voice in the most honest way. "

A work that goes down to the mud of that reality that we don't want to look at, but also works on other metaphorical levels. This is explained by Andrés Lima , director of the assembly: "Prostitution is a true reflection of the world we live in," he says. "That is, the power relations that occur in the office of a newspaper, for example, or in a ministry or in any guild ... they become more less the same."

"Capitalism," explains the director, "now marks the pattern of production relations and those that exist between workers and employers. And although this was a job, as some call it, the exploitation that exists within the world of prostitution is exactly the same outside. " Therefore, the only thing that the prostitution of our society teaches us is that "we repeat these patterns of behavior in all levels. There is not much difference."

"There are many degrees of prostitution," he says, "but I think it's normal, just as it is normal to lie in life."

The very thing about prostitution, for Lima, is the "state of allegiance" that marks relations with the pimp or with the client. "The less rights you have, the more abusive is that relationship," he says. And he adds that it is not very different "from what happens with the immigrants who work in the greenhouses or with the other thousands of jobs that are being carried out by those who arrive in Europe these days."

Therefore, Lima would differentiate "the will to prostitute itself from the fact of living a society that is already prostituted ." And in this nuance is where, according to him, lies the bet of a work like this.

"Of course, people prostitute themselves to live, that is very clear: it is not a sport or an artistic discipline; it is something that is needed," Lima says. And remember that "the highest percentage of prostitutes is registered in the poorest classes. Later, there are luxury prostitutes who do it because they feel like it and, above all, there is slavery, but both issues are in another field."

Prostitution also addresses another debate: the one that, within more or less close ideological or cultural positions, faces abolitionists against regulators. The case of the Netherlands, for example, in which the regulation was sold as an improvement in the conditions of prostitutes, has ended up being the opposite: a washing of the trafficking and exploitation networks from other countries.

Lima finds it "interesting" what the Minister of Equality, Irene Montero, said: "That we must end the trafficking before and then tackle the issue of legalization or abolition of prostitution."

Faced with these legalistic views, facing such a text takes the issue to a new level. One could speak of "moral", but it would be more convenient to refer to social acceptance, which is that receptacle where some things come in and others do not, generally under the filter of social networks. If a few years ago we didn't care if a famous actor flaunted his experience in brothels or that a writer novelized his encounters with chaperos , today it becomes impossible to talk about this reality without being covered by a layer of shame.

"I don't know how society's relationship with prostitution will evolve," Lima acknowledges. "I imagine that the more open our society is, the more understanding it will look at all this." Because, it affects, "prostitution is a fact that is produced by the need to have money, by the few resources of many women who have no more than their body ." The more just this society is also, "this will be only and exclusively a question of pleasure research and not survival, because I believe there is for everyone: In society there are people who like very rare things, and the world of desire will not stop working and being alien to the world of the family. "

Everything, to return to that neon sign that Nathalie Poza was talking about. "We must look at prostitution with less prejudice and we should tend towards stigmatization," says the theater director.

The Paper SphereYorick's song: Mary Santpere and the sacred gift of laughter 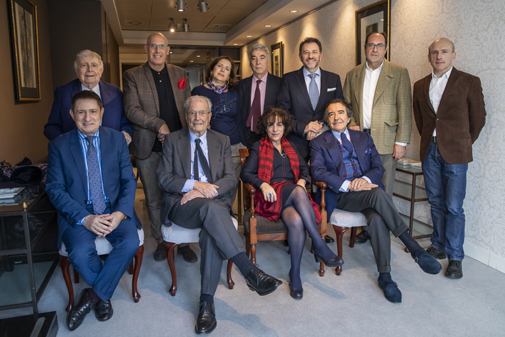 News/Politics 2020-04-21T07:59:08.442Z
Victims of trafficking and vulnerable prostitutes will receive the minimum income designed by the Government for the coronavirus 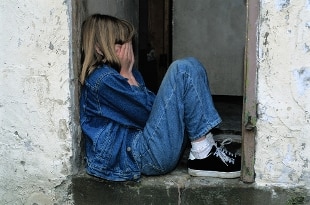