For epidemiologist Arnaud Fontanet, France has the health facilities necessary to deal with a possible epidemic of this virus which appeared in late December in China 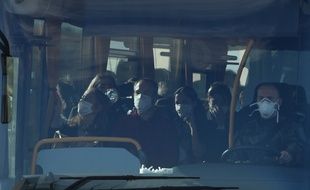 A wind of panic is blowing over France. Will our country be hit head-on by the coronavirus, this disease from China which has caused the death of more than 300 people there since mid-December? While six people have been infected and hospitalized, the French are worried, rush to the protective masks and flood the Samu teams with calls to ask them all kinds of questions about the virus.

In addition, hundreds of people who returned from China were placed in quarantine when they got off the plane, rekindling the concern of the inhabitants of the villages that welcome them. Is the fear of this coronavirus really justified? To find out, 20 Minutes asked epidemiologist Arnaud Fontanet, director of the Department of Global Health at the Institut Pasteur and professor at Cnam.

Are we right to be afraid of this Coronavirus?

You have to understand that we are faced with an unprecedented situation. It is a new virus which arrives in human population. So there is quite a bit of anxiety associated with it. You can tell that there are other dangerous respiratory infections, like the flu. Each year, on average, 10,000 people die from the flu in France. But that doesn't move us much more than that. This new Coronavirus, today, six people are infected on French soil, and there are still no deaths. But we do not yet know what the real spread of this virus will be in the population. We are just gathering the first information.

We have seen that in China there is a massive epidemic which is controlled by extremely draconian means. In France, we have a surveillance system that is already operational, hospital beds dedicated to this type of patient and contact monitoring over a two-week period. So far, all but the sixth infected person have returned from China. He was a doctor who had examined an infected person since returning from Asia, but was diagnosed soon after.

What is your main concern about this virus?

My current fear is the possible spread of the virus in countries with more fragile health structures and who would have difficulty coping with it. I am thinking, for example, of India where a first case was diagnosed three days ago, of the Philippines where another patient was detected three days ago also before dying. There is also sub-Saharan Africa where there is a lot of trade with China; if the virus arrived, the answer would be very difficult to implement. If other outbreaks set in and became active, it would greatly complicate our ability to control this epidemic globally. It is the long term that will tell us what the real severity of this virus will be.

Do we know how the epidemic will evolve in the coming weeks?

It is still too early to say because households can move to other countries. In China, conflicting data is circulating. Modeling placed the peak of the epidemic at the end of April. It seems a little late to me. In addition, they are seasonal viruses, so we will have to see the impact that warmer temperatures can have.

We talk about Coronavirus, but in reality there are several….

There are already six coronaviruses that infect men. Four are seasonal, including those who give colds. There was also the SARS coronavirus in 2003, that of the seas in the Gulf countries which has been circulating since 2013 and which is transmitted by dromedaries. This new coronavirus, which comes from the city of Wuhan, is closer in its way of behaving sras than seasonal coronavirus which gives colds. There are severe lung diseases with mortality for hospital patients which can be high. Afterwards, there may be benign forms in the community which do not lead to hospitalizations and which would cause his mortality to be lower than sras. But for now, on hospitalized forms, it is a coronavirus that can kill 10 to 15% of people.

Who are the people most affected by this new coronavirus?

For the moment, it is adults who are affected. Particularly people over the age of 65, who are at risk of complications and dying, or those who have other associated illnesses such as diabetes or hypertension.

Is research underway to find a vaccine?

Yes. There are several vaccines in the pipeline but be aware that it takes time. According to the most optimistic estimates, this vaccine would be ready within a year.

Are there gestures to adopt to limit contagion?

For now, it should be remembered that this coronavirus circulates in an extremely limited way in France since only one transmission has been detected on the territory. On the other hand, people who return from China and who, within the following 15 days, have symptoms such as fever and respiratory signs, are invited to call immediately on the 15th, and not to go to the emergency room or to their doctor. . By talking to the Samu regulator, they will see whether it is necessary to consider isolation for a specific diagnostic test.

Returnees from China will receive this document upon arrival in Istres #Coronarivus pic.twitter.com/SvYl9xOSYX

Several hundred people who have returned from China have been quarantined. Do you think this measure is effective?

It is a good measure. They are for 14 days, the maximum incubation period for the disease. If they were infected during this period, we would know.

Can the virus mutate?

It is one of the mutant RNA viruses, so it may become more transmissible. It is a possibility because he is adapting to man. But for now, he doesn't mutate much.

Coronavirus: In Angers, a factory of protective masks is collapsing under demand

Coronavirus: In Carry-le-Rouet, residents worried about their health, others for sea urchins 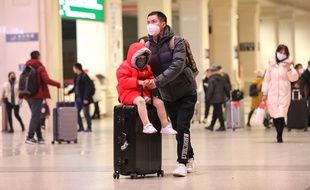 What do we know about this spreading Chinese virus? 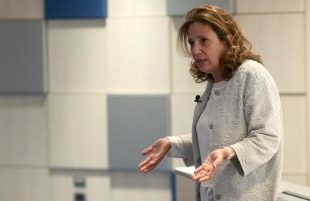 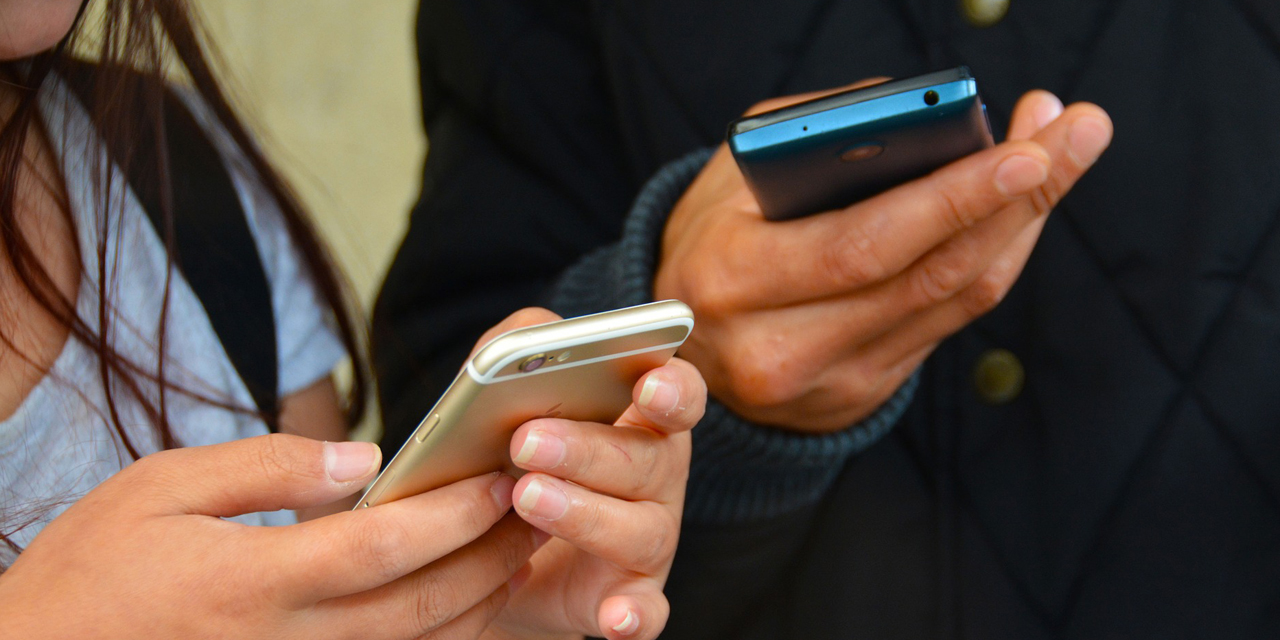 Faced with the coronavirus, what could the geolocation of French people be used for? 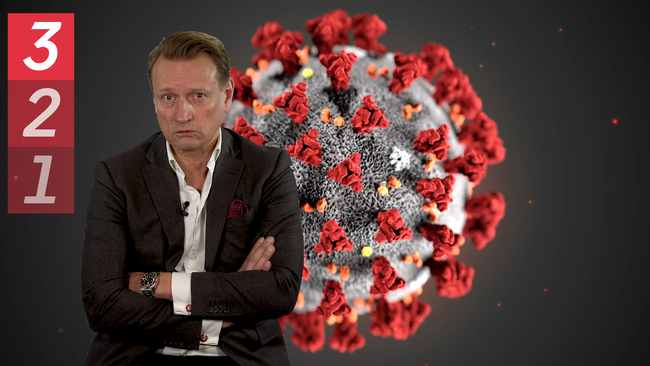 Then a virus outbreak disappears 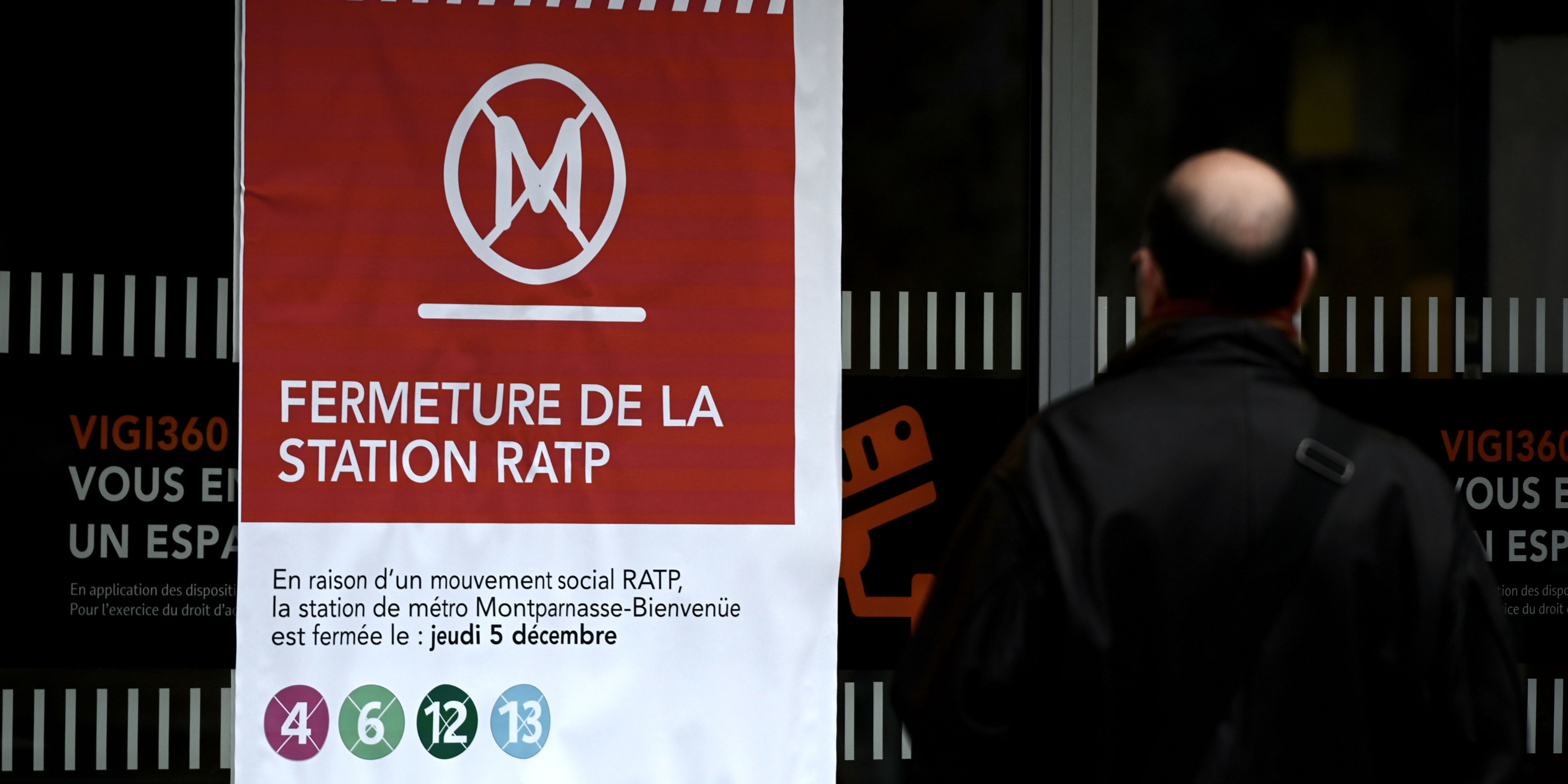 Disturbances related to the strike: "We are worn because we do not know what will be tomorrow", worried traders 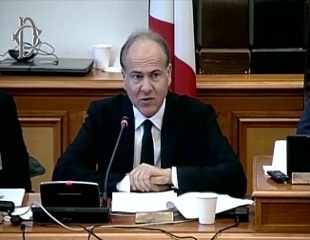 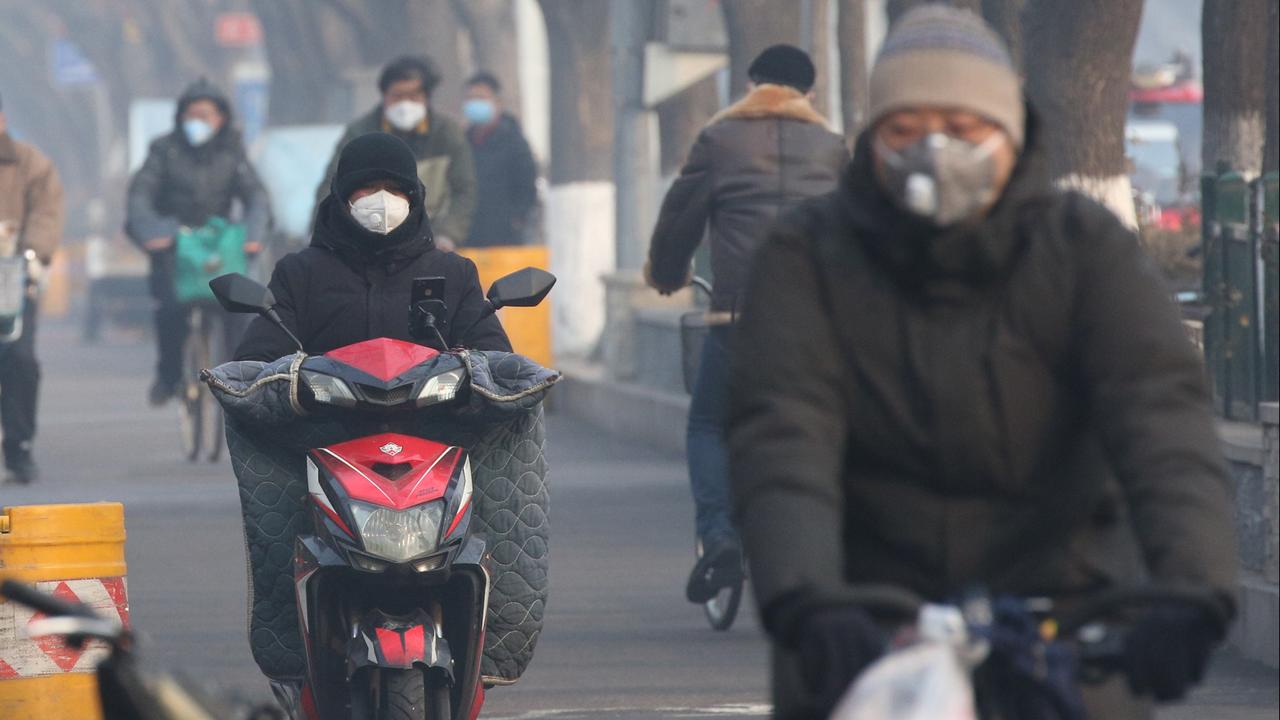 What the WHO figures tell us about the corona virus 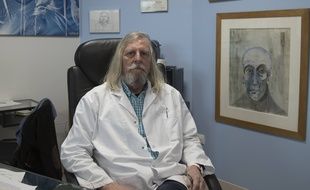 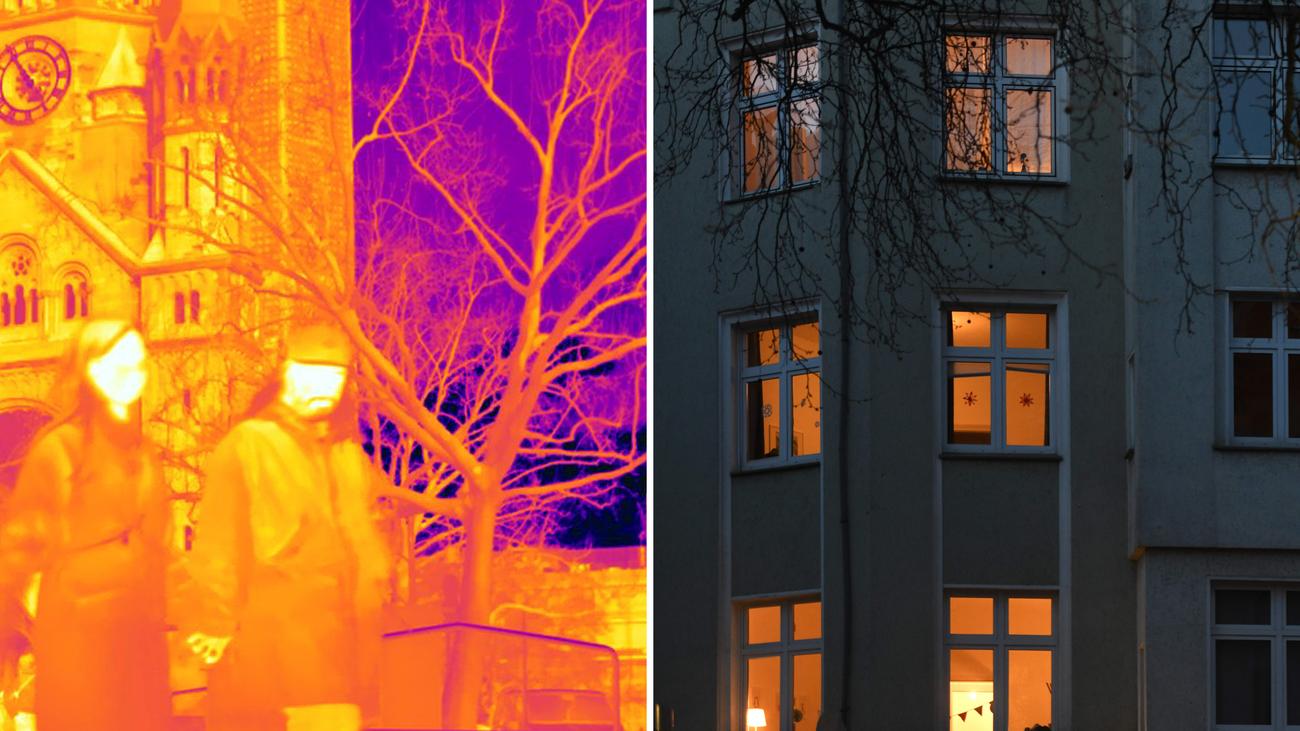 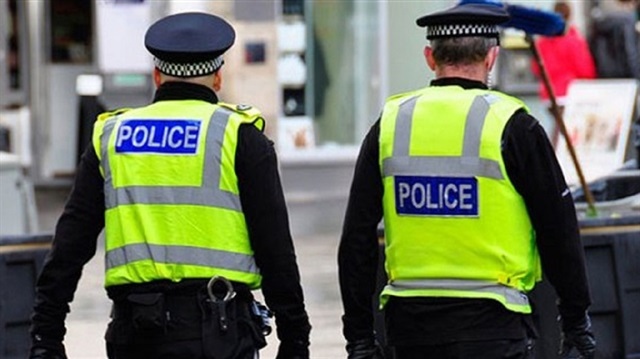 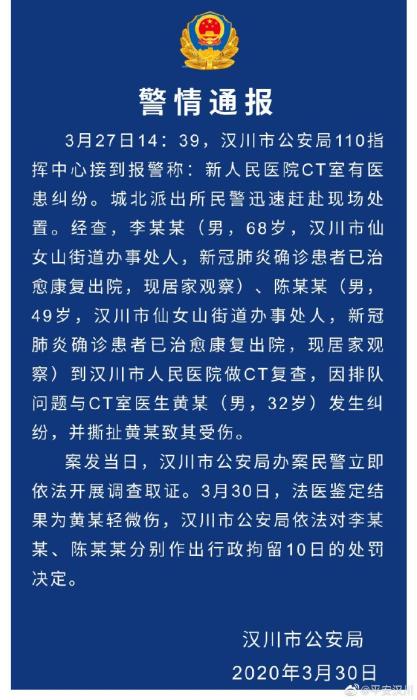