Before arriving on the set of TF1, candidates must go through many stages little known to the public 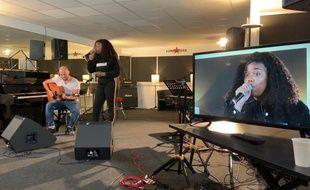 The Voice launches its ninth season this Saturday evening on TF1 with a first session of blind auditions. For the public, this is the kickoff of the musical adventure. But for the talents, the serious things started several months before arriving on the plate of the tele-hook, with the wire of stages which are never shown on television. It is these behind the scenes that 20 Minutes invites you to discover through the journey of Toni, 23, one of the 4,000 voices that the production met to pass the casting.

At Studio Luna Rossa (Paris 13th), a stone's throw from the François-Mitterrand Library, The Voice teams did not wait until September to return to school. We push a door at the end of a corridor and we arrive in a room where a dozen people are gathered. Among them, Bruno Berberes and Pascal Guix, respectively casting director and artistic director of The Voice , sitting side by side on a sofa. It is in this small space that 200 candidates must succeed each other to hope to take the next step. In the end, only 110 will win their ticket for blind auditions. If the overall level is very good, the casting pros are very picky. "You sing well, but you don't put yourself in danger, I want you to take risks," explains Bruno Berberes to a young woman who took up Richard Cocciante's Coup de soleil properly. He warns another: “Be careful, with your cartoon voice, you risk not being taken seriously, or even being taken for a nerdy. "

Toni; during her audition at the Luna Rossa strudio. - MN

It was soon after that Toni appeared. Originally from Saint-Cyr-L'Ecole (Yvelines), she has been singing professionally for five years. "I give concerts here and there, I am a chorister for other artists, I record choirs on the albums", she will list a few moments later in front of the 20 minutes dictaphone. For the moment, she is embarking on a cover of TLC's No Scrubs. "It's a pleasure, we never heard this song in casting! “Enthuses Pascal Guix. The excitement is confirmed when Toni lets go at the microphone, putting the little audience of the day in his pocket. Unsurprisingly, she is called upon to continue the adventure. She also surprises with her charisma and confidence. "Even if I am strong and often self-confident, there is always this nervousness against which I can do nothing, because I want to sing well, to make a good impression", she confides once exit the room. She says she participates in The Voice because it always "scared" her. “We do not want, in the event of rejection, to hear that we may not be made for this job. And that's why I told myself that I was going to go for it. Without lying, it inflates a little the ego to know that we are on the right track and that what we do artistically is worth something. "

It's time to pick up the tone. Talents still in the race have an appointment with a vocal coach. Pascal Guix attends these rehearsals, delivers his remarks, confirms a choice of song or directs to another title. Toni, she has tried several songs, including Pookie by Aya Nakamura, Say My Name by Destiny's Child or Soleil by Roméo Elvis. “I was able to interpret each song several times, testing the tones that suited me best. The production is there to listen to us, we are there to listen to it. We go there in a state of mind where we have nothing to prove. Once the audition is over, the production and we [the candidates] become one, we have to move forward. Toni is all the more satisfied that it is her choice of heart, Doo Wop by Lauryn Hill, which has been validated. It is therefore this title that she will defend at blind hearings. Music director Olivier Schulteis will deliver the final orchestration to her, as to other talents, so that she can rehearse at home. “Taking the time to rehearse at home is very important. During the next stage, we will not be there to discover the song, we will be supposed to have it well in the legs to settle what is wrong, ”she summarizes.

We find Toni at the Hocco, a rehearsal studio in Vitry-sur-Seine (Val-de-Marne). It is there that each season, since the creation of The Voice , talents perform their first rehearsal with the show's orchestra. "It remains impressive, even if I have a few years of experience, because we do not want to disappoint or disappoint others," she says. “Yesterday, we chained the vocal exercises in order to heat the voice well, to work the joints to deliver the song at best. With the other candidates, we sang our respective songs in turn, just to feel the mood of everyone. It was time for the final advice before being delivered to ourselves with the orchestra, ”she explains. "There were a lot of emotions yesterday," confirms Pierre-Yves Duchesne, Toni's voice coach.

Toni during his first rehearsal with the orchestra of "The Voice", October 9 in Vitry-sur-Seine. - F. Randanne / 20 Minutes

The latter is a perfectionist, while two repetitions seemed to be enough, she asks to sing Doo Wop a third time. "Are you sure you want to do it again?" For us, it's good, ”says Olivier Schulteis. "I just want to settle one last thing," she slips. “I wanted to stall the breath,” she says when she leaves the room at 20 minutes . I tended to add words that were useless and prevented me from breathing. I finished the song out of breath. It's 1 min 45 of apnea, I need to know how to distribute the energy. It's complicated, these things, it's work and I'm learning it there, "she debriefs," happy "with her performance. "With what I sing there and what I can give, if they don't take me during blind auditions it is that they have a problem!" She concluded, bursting out laughing. But we seriously think the same thing.

Before leaving, we make a detour to a small room where Bruno Berberes continues to pass last minute castings. "Talents can come into the race until the last moment," says Pascal Guix. Claudio Capéo [eliminated in the battles in season 5], for example, arrived only three days before the blind auditions were filmed. He already had experience and a well-worked piece. "

It's D-Day. The filming of season 9 of The Voice begins at the Lendit studio in Saint-Denis (Seine-Saint-Denis). The blind auditions will be spread over several days. Toni is part of the first salvo and is the fourth to pass on the scene. For the occasion, she is accompanied, among others, by her mother, who stresses for her behind the scenes. Silence on the set. The first notes of Doo Wop sound. What happens next will be discovered this Saturday on TF1. 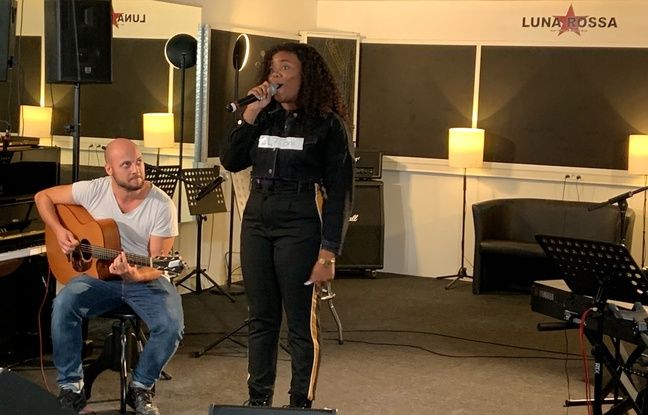 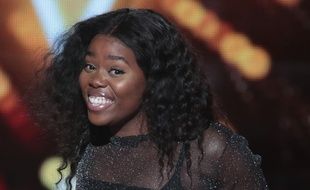 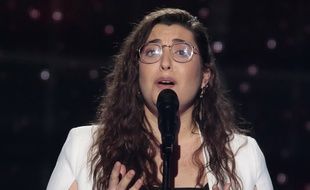 VIDEO. Laure conquered the coaches with a takeover of Tina Arena 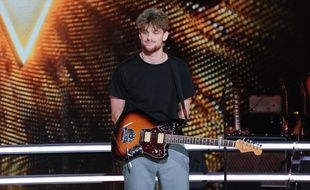 "I was shocked" ... Owlite reacts to his victory in "The Voice" battles

Sudden nuisance inheritance, the reality is 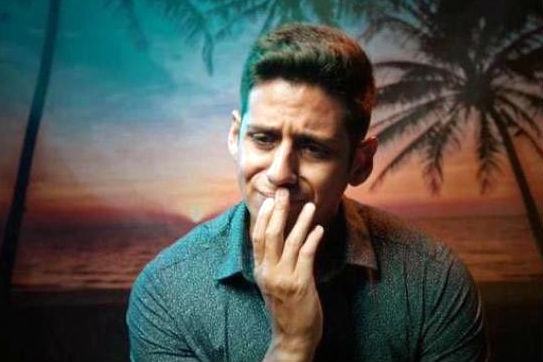 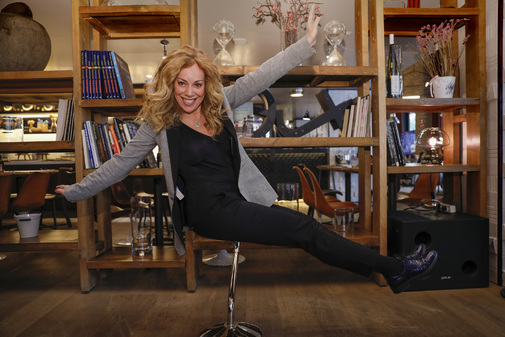 Raquel Martos: "On television nobody listens to what accounts if you are a woman" 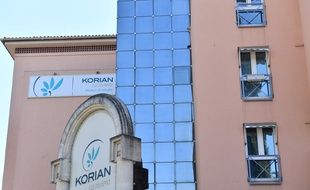 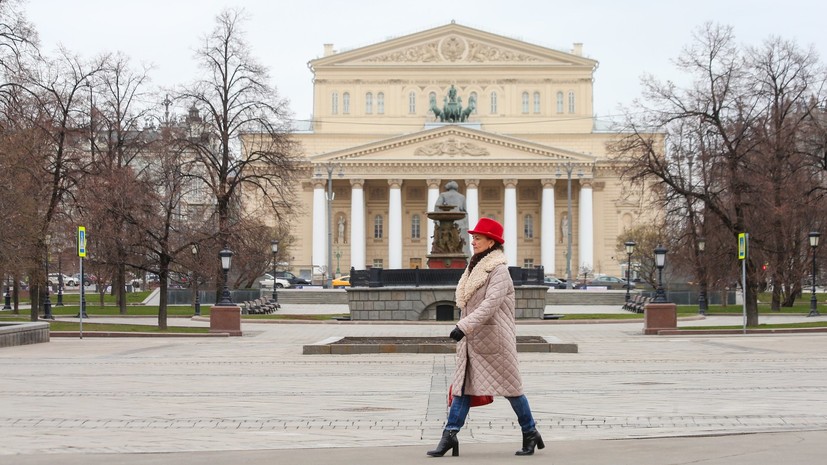 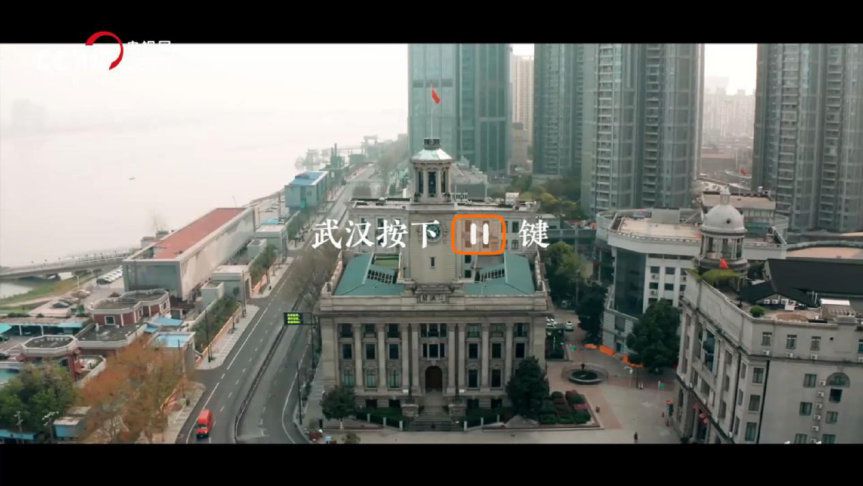