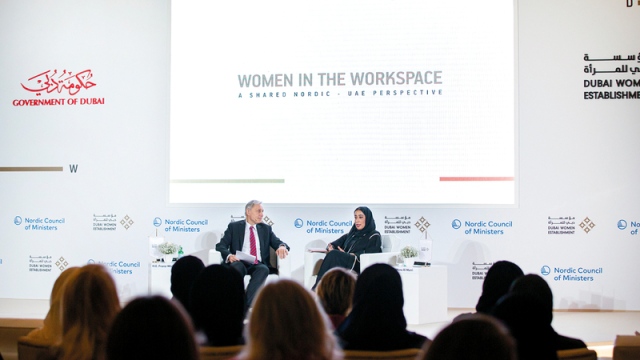 Dubai Women’s Foundation, in cooperation with the Danish embassy in the country, organized a forum “Women at Work… A Common Vision between the Emirates and Scandinavian Countries”, with the aim of exchanging knowledge and experiences in the field of supporting women in both the Emirates and Scandinavia, and discussing the best ways and policies that support their social role Success ingredients for establishing and managing entrepreneurial projects.

The forum included organizing three discussion sessions and two workshops, in which the ambassadors of Scandinavian countries and about 70 leaders and entrepreneurs from the Emirates, Denmark, Sweden, Finland and Norway participated, who own commercial projects, and work in economic institutions in the country, as the Danish ambassador to the country conducted a dialogue with Mona Al-Marri in the opening session, The situation of women in both the UAE and the Scandinavian countries, legislation and policies that support gender balance in the work environment, and lessons learned from the successful Emirati experience in the field of women's support.

In the other two discussion sessions, various experiences of entrepreneurship projects were reviewed, including the challenges women face in establishing these projects, and how successful they are in striking a balance between their family lives and pursuing their own work.

Mona Al-Marri said during the opening session, “The forum comes within the framework of these strong relationships, and it is an ideal platform to learn about the experience of women in these friendly countries, which contributes to the exchange of experience and knowledge, especially as it is considered one of the world leaders in gender balance, and that women have A prominent role in political and economic life and various fields and jobs, according to what is confirmed in practice and global gender equality reports », noting that these countries are a global model in the support and success of women.

She highlighted the successes of Emirati women in various sectors with the support and encouragement of the wise leadership of the state, stressing that there are many opportunities to enhance cooperation between the Emirates and the Scandinavian countries in the file of gender balance, especially with several similar areas in this file, including the shared governmental vision of the priority of gender balance in Strategic plans, policies and business practices.

She drew on «some similarities, according to the reports of the Organization for Economic Cooperation and Development, Denmark is one of the least countries in the income difference between men and women, and we have in the UAE a law issued by the Council of Ministers in 2018 of equal wages and salaries between the sexes, and at the political level, the percentage of representation Danish women in parliament are 40%, in Sweden 46%, and in Finland 47%, while the global rate of representation of women in parliament reaches 20%, considering that this matter is a priority for the Emirati leadership, as the percentage of women representation in the Federal National Council is currently 50 %, Which makes the Emirates one of the highest rates They are illiterate in terms of parliamentary representation of women, and women currently represent 29.9% of ministerial positions in the government of the state, and the Council of Ministers instructed to increase their representation in the diplomatic corps.

Mona Al-Marri expressed her pride in the successes of Emirati women, and the Emirati experience in supporting women in less than 50 years since the founding of the country, as it currently ranks first in the Arab world and 26th in the world in the gender equality report issued by the United Nations Development Program for 2019 , In which the UAE advanced 23 centers within only four years of the establishment of the Emirates Gender Balance Council in 2015.

She emphasized the leadership role of the Dubai Women’s Foundation, headed by the campus of His Highness Sheikh Mansour bin Zayed Al Nahyan, Deputy Prime Minister and Minister of Presidential Affairs, Her Highness Sheikha Manal bint Mohammed bin Rashid Al Maktoum, President of the Emirates Council for Gender Balance and President of Dubai Women’s Foundation, in supporting Emirati women Her Highness’s interest in developing her leadership and professional capabilities as a priority in the organization’s business strategy, with a focus on increasing her participation in the labor market, leadership positions and decision-making centers, in line with the vision and directions of wise leadership that gives women great attention in the future plans of the state, indicating that the malt J comes within this attention, and provides an ideal opportunity for the pioneers of Emirati business for international experiences can benefit from them.

For his part, the Danish ambassador to the country praised the Emirati experience in supporting and making women successful, and the remarkable progress of their participation in the labor market in recent years, expressing his happiness at organizing this forum that brings together leaders from the Emirates and North European countries and Emirati women entrepreneurs of the new generation. He said: «We hope through the forum that we build on our common experience to crystallize steps that can inspire individuals, the private sector and government to move forward.

He added that what makes organizing this forum a special event is his endeavor to reach specific mechanisms to achieve gender equality in the workplace, whether it is individual work or in the private sector or government, as well as the steps necessary to enable young professionals to achieve their leadership aspirations, and how the government and the private sector Supporting gender equality by enhancing the balance between work on the one hand and family and social life on the other hand, while enhancing happiness and hence productivity.

He pointed out that "gender equality is part of the Scandinavian DNA, and as ambassadors, we are ready to work with many talented Emirati women and entrepreneurs, the private sector and the government in opening new doors and bringing about real change", pointing to one of the major success stories in countries European North, which stimulates the talents, energies and ambition of women in all areas of life.

Balance and happiness .. in the sessions

The first working session was held in the forum entitled “Balance and Happiness at Workplace”, which dealt with ways of achieving a balance between the social and practical life of women entrepreneurs, and were spoken by the Ambassador of Finland in the Emirates Mariana Nessila, Director General of Emaar Hospitality Sharihan Al Meshari, and CEO of NOVO Cinema Deby Stanford, and its management Tech leader, Ulrika Headland.

The second session was held under the title "Strategies for Success of New Women Entrepreneurs", in which Ghada Othman, a specialist in leadership of growth and welfare, spoke, director of "Sisters Pioni Launch" Matt Haxsen, team member and project manager at "Edevy and Sherwoman" at the Women and Business Foundation Anika Moore, moderated by the Ambassador Denmark in the Emirates Franz Michael Scold Millen.

Three workshops were held to exchange views and ideas on ways to enhance the role of women in entrepreneurship projects, and to overcome the challenges and investment opportunities available in the Emirates to establish commercial projects, in which the ambassadors of Scandinavian countries, women, business leaders and leaders in economic institutions in the state participated.

The percentage of Emirati women in the Federal National Council.

"Gender equality is part of the Scandinavian DNA, and as ambassadors, we are ready to work with many talented Emirati women entrepreneurs."

The UAE is ranked first in the Arab world and 26th in the world with gender equality. 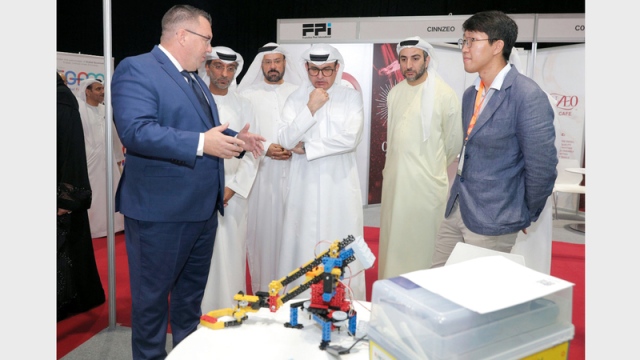 Al Qamzi: The UAE has attractive ingredients for franchisees 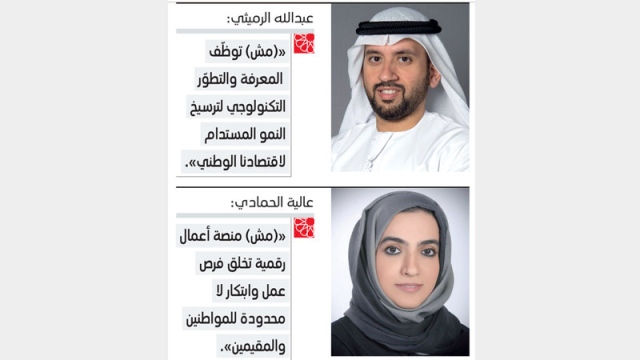 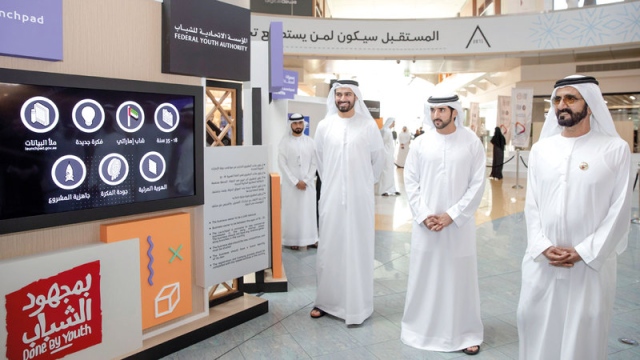 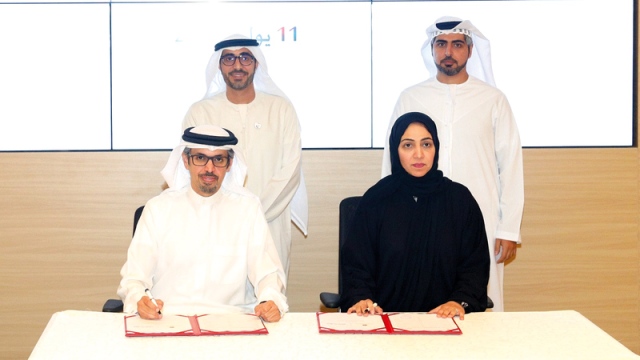 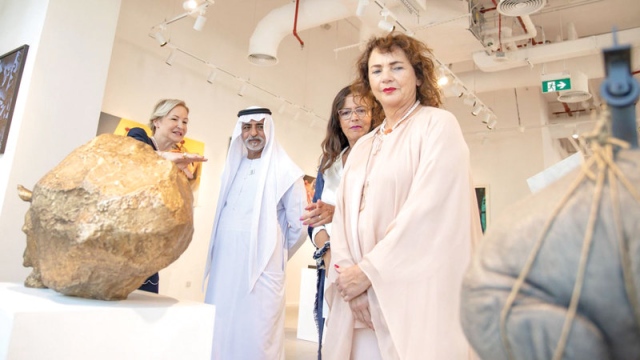 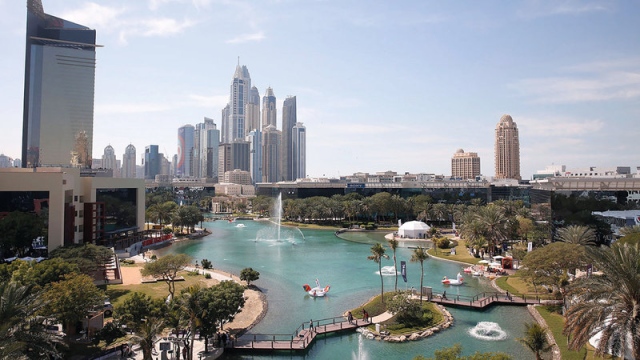 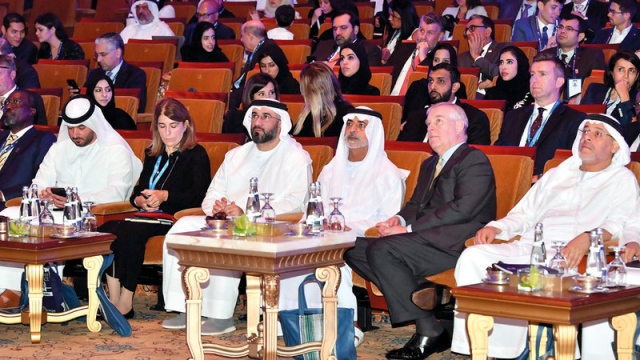 1.2 billion dirhams government contracts and funding for members of «Enterprise Development» in Dubai 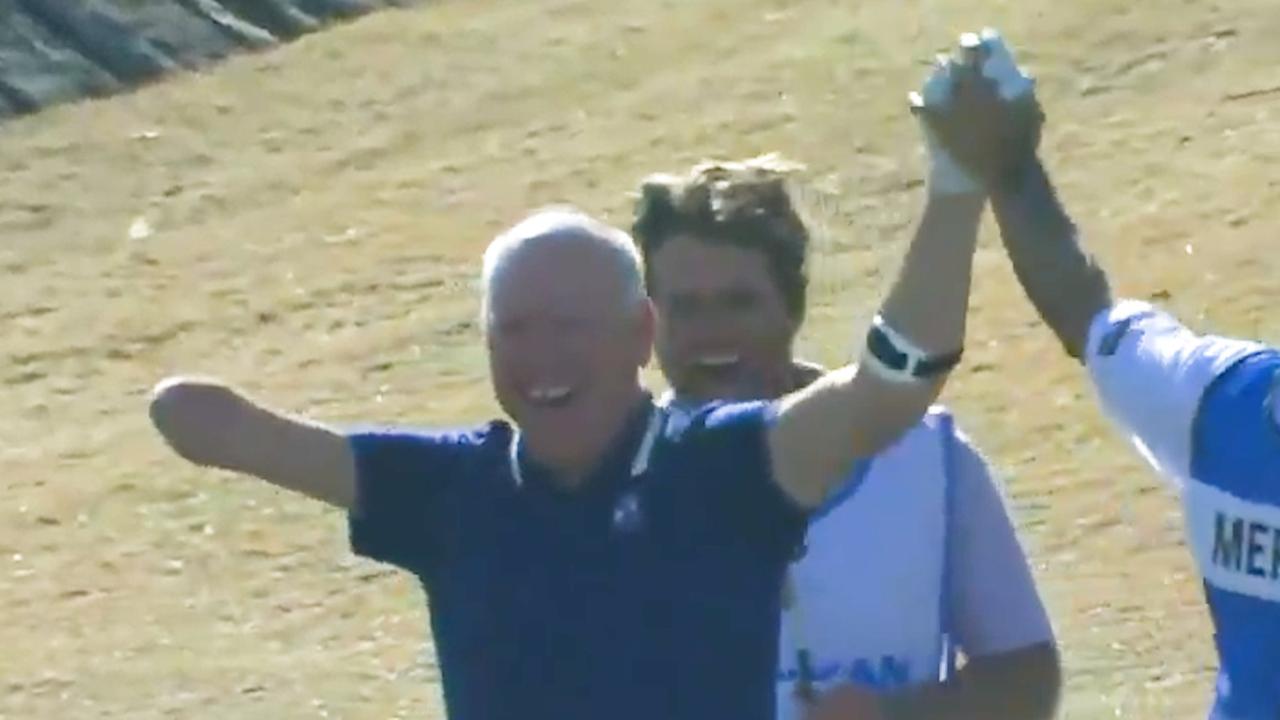 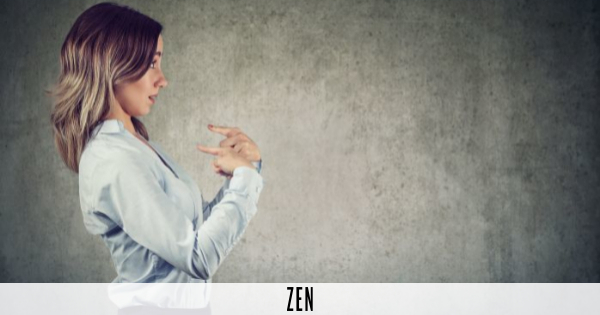 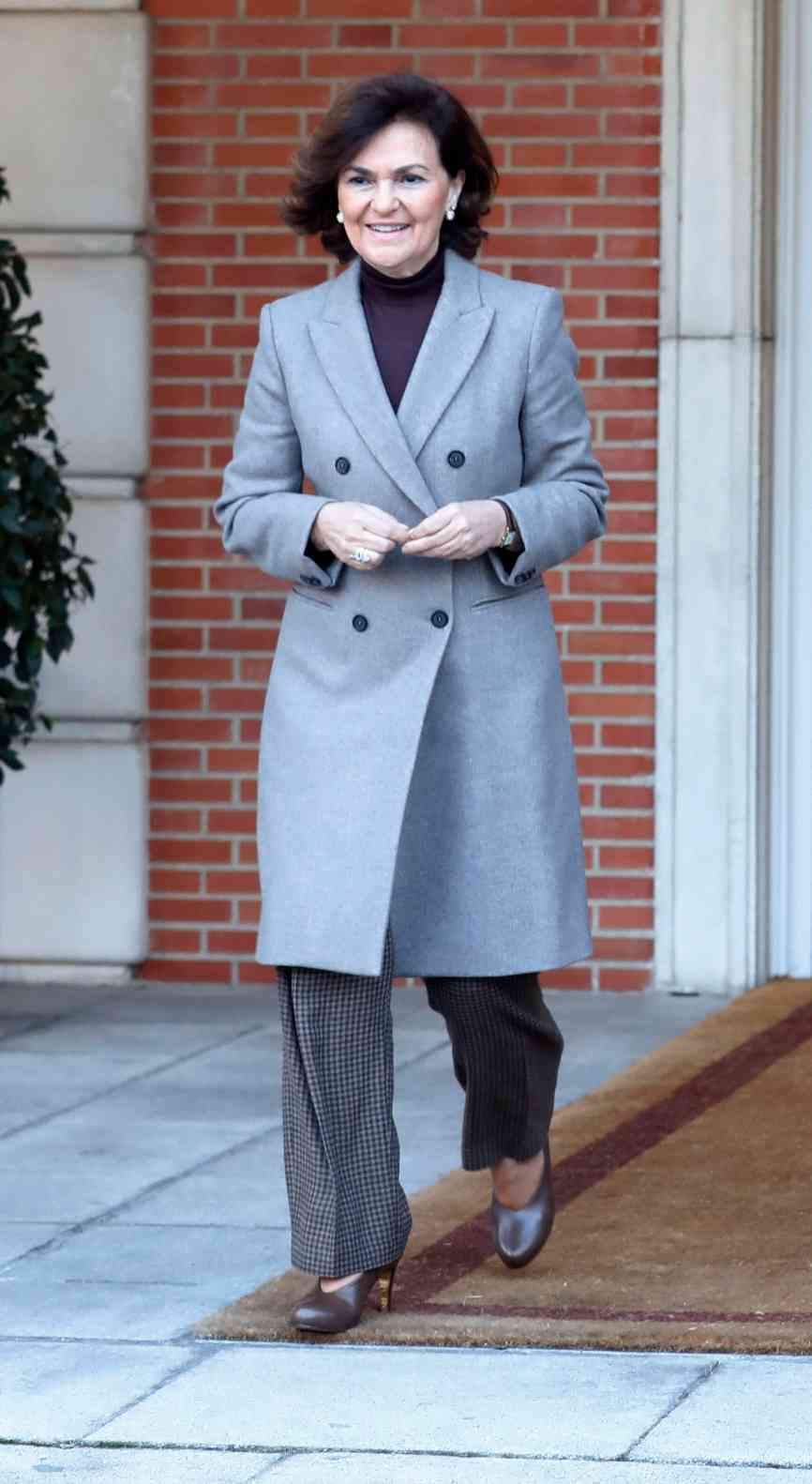 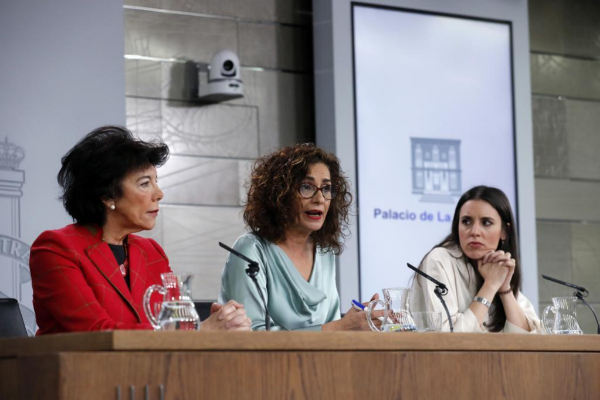 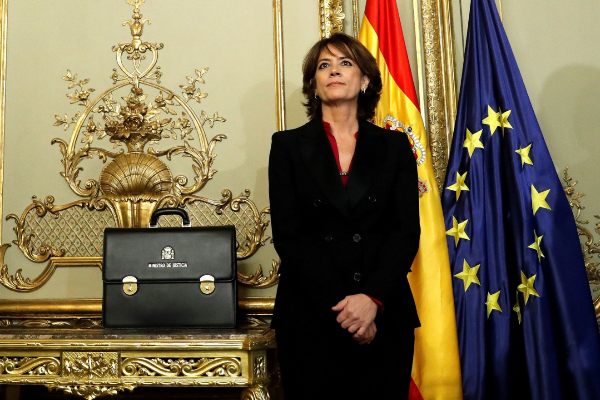 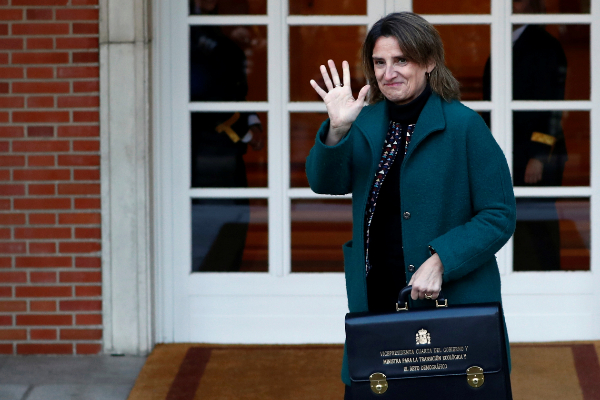 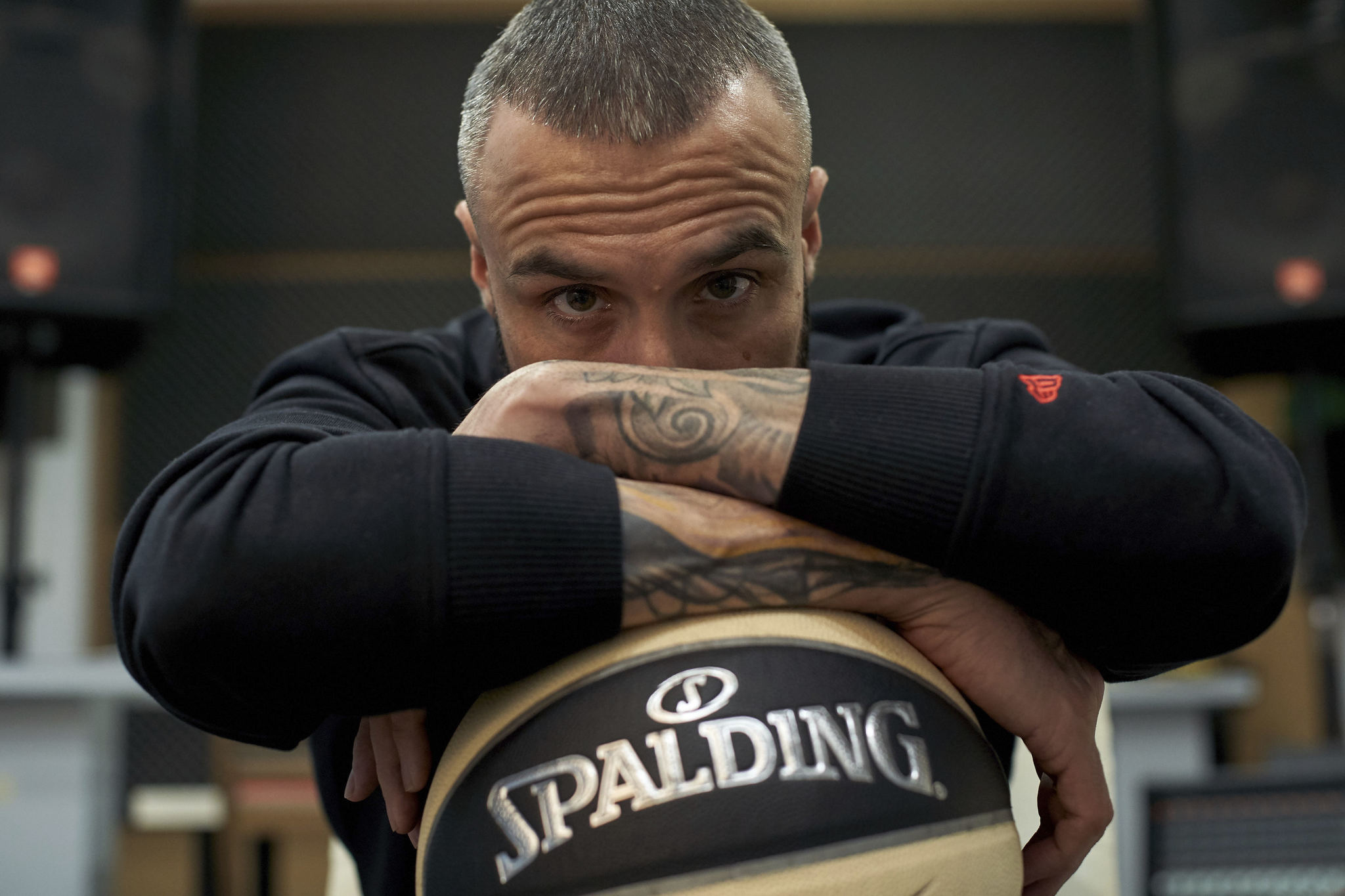 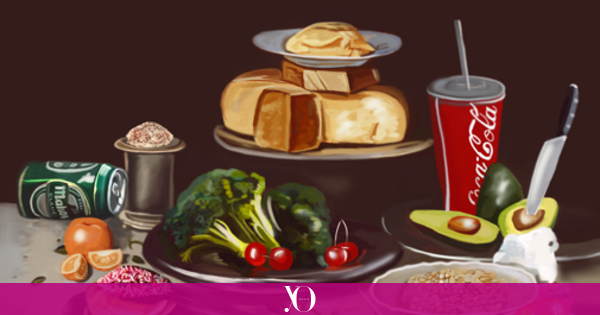 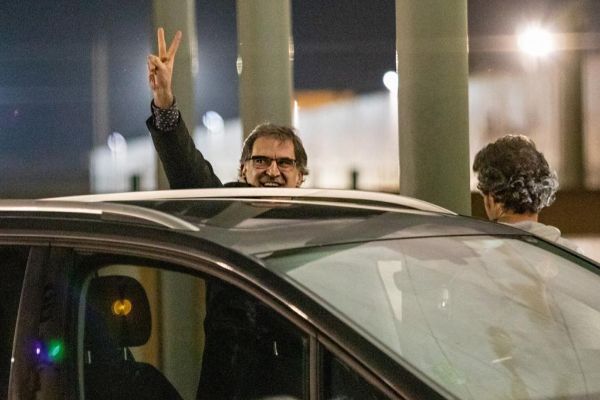