ASAP Rocky wants to design clothes for the Kronoberg shack

Artist Asap Rocky wants to donate clothes to the inmates at the Swedish Kronoberg Detention Center, the detention center where he himself sat last summer. The rapper offers a green soft dress and has sent a picture, the detention chief tells Aftonbladet. 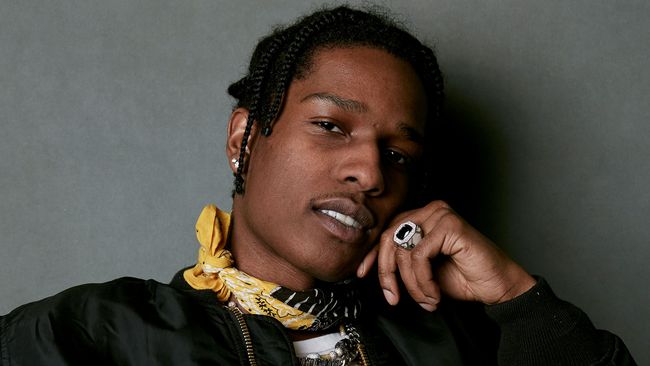 Last summer, American rapper Asap Rocky spent more than a month on the Kronoberg Detention Center in Stockholm before being sentenced to conditional assault. Now he is coming back to Sweden, and before his appearance in the Globe on December 11, he reveals that he intends to spend most of the income on the inmates and on reforming prisons.

During a stage talk at the Orpehum Theater in Los Angeles, Asap Rock said he became friends with his fellow prisoners in Sweden, many of whom were young men who liked hip-hop, writes the business magazine Forbes.

The clothing-interested rapper also says he designed "a new wardrobe and new uniform" for the Kronoberg coat.

-I try to do what I can with what I can. I just want to continue to create and encourage whoever comes after me to do better, he said.

Detention Manager Fredrik Wallin tells Aftonbladet that the rapper, via his lawyer, heard in an e-mail with an offer to donate green soft clothing with the text "promenvd" on the chest.

However, Wallin has received no information that Asap Rocky himself had designed the clothes, nor about his planned effort to reform the Swedish detention.