Cartoonist Reiji Matsumoto Carried to a hospital in Italy Stroke

Reiji Matsumoto, a cartoonist who has many fans around the world with works such as “Galaxy Railway 999”, got sick in Italy, and was taken to a hospital…

Local media reported that Reiji Matsumoto, a manga artist who has many fans around the world with works such as "Galaxy Railway 999", was sick in Italy and was taken to a hospital. The condition is serious with symptoms that seem to be a stroke.

According to the reports of several Italian media, on the 15th, cartoonist Reiji Matsumoto visiting Turin in the north attended the event, and he felt sick and left in the middle.

The Italian media then said that Mr. Matsumoto once returned to the hotel, but was taken to the hospital because of symptoms that seemed to be a stroke, and the condition was serious.

81-year-old Matsumoto visited Turin in conjunction with an event commemorating the 40th anniversary of the start of the anime broadcast of “Space Pirate Captain Harlock” in Italy.

At that time, I was participating in the screening of “Galaxy Railway 999” which was held at a movie theater in the city.

Matsumoto's science fiction works with the theme of the universe and adventures are popular all over the world and attended an event in France last year.

Life/Entertain 2019-11-16T21:19:37.479Z
To the best of Mr. Reiji Matsumoto The hospital side "returned consciousness" Rest at the hospital for several days 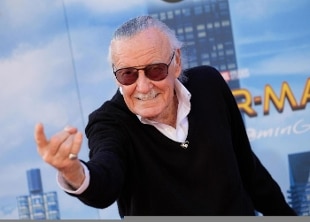 Life/Entertain 2020-06-09T20:06:13.730Z
Air conditioner temperature in the classroom is set low. Both new corona and heat stroke measures are compatible.