An artistic dialogue between Emirati crafts and international fashion houses

Could there be a connection between the famous Lady Dior bag and the Gargur, which is used for fishing in the UAE and is a traditional craft in the UAE? This question reveals his answer to a series of workshops that began yesterday morning at the artisans' house Could there be a connection between the famous Lady Dior bag and the Gargur, which is used for fishing in the UAE and is a traditional craft in the UAE? This question reveals his answer to a series of workshops that began yesterday morning at the Artisans House at Al Hosn Palace in Abu Dhabi, entitled “Talks of Skills and Handicrafts”, in cooperation with the Colbert Commission, over two weeks.

These dialogues are part of a series of initiatives titled «Flannery Colbert Abu Dhabi», French luxury in the 21st century, and aims to create interaction between the most famous French international brands on the one hand, and traditional crafts and traditional UAE on the other.

The series of workshops and dialogues, which will last until 28 November, combines the traditional crafts of the UAE, such as (Sadu, Bisht industry, calligraphy, coffee industry, wicker, telly and dagger industry), French crafts including embroidery, cooking, silver jewelery and leather goods, with the participation of selected French luxury brands such as Dior, Louis Vuitton, Chanel and Van Cleef & Arpels, as well as a number of Emirati artisans who collaborate and engage in dialogues about their skills.

Under the title «Transformations: Lady Dior handbag and Gargour», came the workshop, which began yesterday morning, during which a group of experts (Christian Dior) revealed the secrets of the manufacture of the iconic Lady Dior handbag, along with craftsmen «Gargour» industry of Sa'af The palm, along with a metal frame for the bag, which is a great work of art, has been an inspiration to many international artists since 2011. This metal structure reveals the similarity between the bag's inscriptions and the shape of the karkur openings, which are made in the form of a basket of woven palm fronds. -It is placed on the seabed for fishing.

The workshop on the international brand «Louis Vuitton», entitled «poetry on the road to travel - Louis Vuitton: painting and calligraphy», a mix between the traditional inscriptions that are famous for the house and calligraphy in a unique pair, as the audience watched the calligrapher Mohammed Mandi In an interactive presentation, he writes Arabic verses on one of Louis Vuitton's suitcases, and next to him is a Louis Vuitton drawing expert, showing her way of drawing any kind of pictures and logos on the roofs of solid sides.

On Friday and Saturday, Van Cleef & Arpels will host a presentation on its inlay techniques, accompanied by another presentation on the royal bishes industry, usually worn by the rulers of the UAE. The magic of this exceptional technique lies in the gem-setting in a distinctive style without showing the metal parts it carries. Only a few jewelers master the mysterious inlay technique.

The House of Lusage, known for mastering the details of luxury brand Chanel, will host an interactive workshop with the participation of Sadu artists.

The luxury chocolate house at Hotel Le Bristol is hosting a workshop with the participation of an expert at the Coffee House, an initiative launched by the Department of Culture and Tourism - Abu Dhabi to document and protect Arabic coffee as one of the key heritage elements of Emirati culture.

Protection for the future

Mohammed Khalifa Al Mubarak, Chairman of the Department of Culture and Tourism, expressed his happiness with the success of the craftsmen's house since it opened its doors to the public last year so far, as it achieved some of its main objectives, which included enhancing the cooperation between Emirati craftsmen and artists, and French brand designers. Luxury, through a series of workshops entitled «Talks of skills and crafts».

He added: “We are convinced that the protection of the future can only be achieved through the preservation of the ancient heritage. It would support our efforts to highlight the traditions and trades of the ancestors, and how to preserve and preserve them through the power of creative cooperation. ”

For her part, the President and Executive Director of the Colbert Elizabeth Committee, Ponsol de Porte, said that the Committee is a community body representing French welfare, and serves as an ideal platform for dialogue between different civilizations and cultures, especially in the countries hosting various events, pointing out that «Flannery Colbert Abu Dhabi» At the Artisans' House in Al-Hosn, there is a vivid example of this unique approach in the world of the Commission. Through the Flannery Colbert Abu Dhabi, the Colbert Commission reflects the many different aspects of the institutions and brands it represents, especially as it is a blend of intangible artisanal heritage, with creativity to celebrate Emirati traditional crafts and luxury French luxury products.

The Emirati calligrapher, Mohammed Mandi, told «Emirates Today», that the verses written on the bag «Louis Vuitton» is for the poet Ahmed Al-Kindi, explaining that «talking about leaving, a subject commensurate with the famous (Louis Vuitton) of producing bags Travel », where he says:

Tighten the whole God and leave the same spirit and insult

Mandi, who is the first Emirati calligrapher to experience such an experience in cooperation with an international fashion house, pointed out that he chose the type of plain diwani writing to write, because it can be shaped according to multiple forms, and its artistic appearance, and used a different color for each word to be More visible to people. The artist, who wrote the UAE currency line, as well as the UAE passport, that this new experience is an addition to him and his balance, pointing out that such experiences enrich the artist's career, on the other hand, this experience is an indication that the Arabic calligraphy is able to familiarize itself with Various forms of art, as well as evidence of the convergence of cultures and the arts despite the different nationalities. 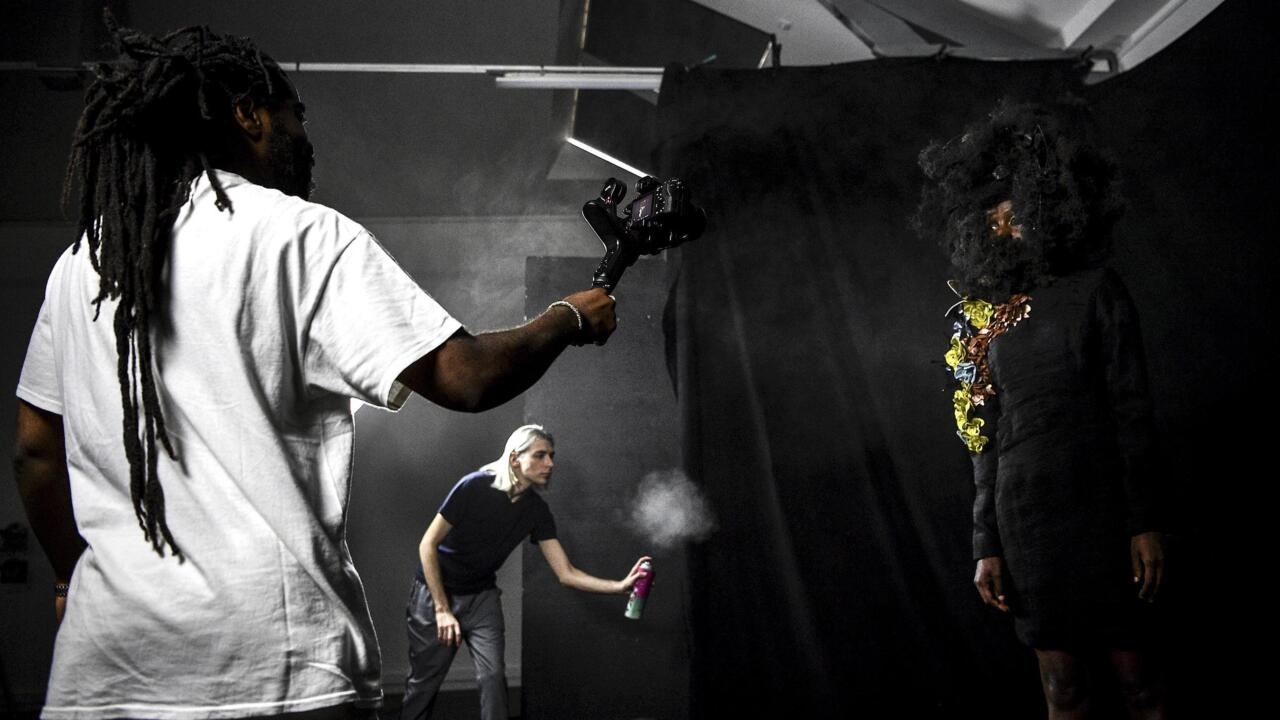 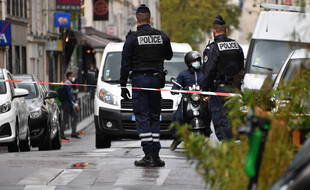 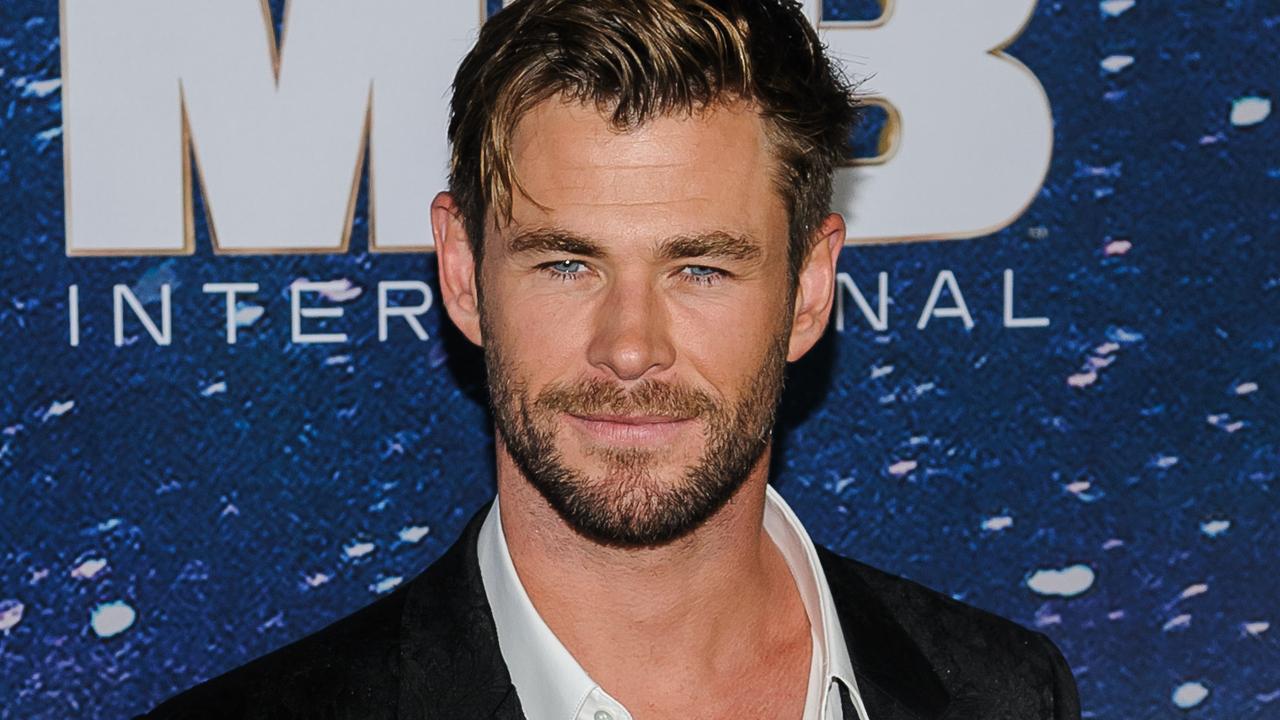