Why are some foods disgusting?

Disgust is a primary emotion, which means that it is part of the basic affective survival kit that human beings have incorporated by birth (along with the 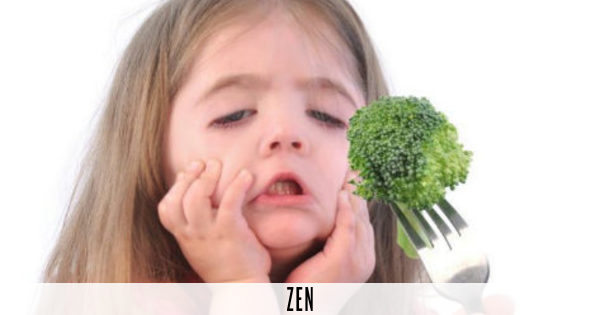 Disgust is a primary emotion, which means that it is part of the basic affective survival kit that human beings have incorporated by birth (along with fear, anger, sadness, surprise and joy).

It constitutes the emotional response of prevention against poisons that could be lethal. Its mission is to prevent us from coming into contact or ingesting a harmful substance that appears before us as disgusting, disgusting, toxic.

Together with his sister emotion - fear - it leads to the immediate removal of the disgusting with intense physiological reactions such as nausea or vomiting . Its function for our ancestors is clear: knowing how to detect unpleasant smells and tastes meant not getting sick or dying too soon.

However, disgust, in its adaptive protection mission, is capricious: what about broccoli? That flower-shaped vegetable that so many nutritive properties possess and that are capable of killing arcades to half the population or, on the contrary, why oysters, with their special appearance and texture, can be the protagonists of popular fairs that Do they attract hundreds of tasters who share their gastronomic ecstasy?

And the babies? They make a face of disgust, wrinkle their noses, raise their upper lips and stick their tongues out of salty or acidic flavors that are not poisonous and, however, unmentionable and disgusting substances may appear in their mouths.

The answer to these questions is in your mind. Disgust is also learned (beyond the obvious innate disposition). It develops from the age of three when parents have already been able to teach their children some basic rules on toxic substances (that is, they have pronounced hundreds of times the familiar phrase "not that, poop").

Studies on the aversion of Garb and Stunkard indicate that human beings are likely to develop a greater tendency to feel disgust between six and 12 years of age than at any other stage of life.

The response of the family and school environment to food (what is called vicarious learning) serves as a guide beyond the first years of life. Many remember that they were forced to eat certain foods that they have hated after a lifetime or, on the contrary, they learned not to make food disgust.

Cultural customs also influence. People who have been raised near the sea eat fish or shellfish more easily than those who lived far from the coast. In Mexico, children soon get used to their spicy cuisine by eating sweets with spicy doses. The palate is educated, as we well know.

The personality does not directly influence the feeling of aversion, but it is a mediating variable in the process of evaluation of disgust that is very conditioned by the characteristics of emotional stability of the individual.

Avoiding personalities immediately try to lose sight of what causes them rejection and do not want to risk trying new flavors. Those who are sensitive constantly monitor what they eat and reject many foods; those with paranoid features tend to avoid the food that others have prepared. The same thing happens to narcissists , but for another reason: What is cooked by others is disgusting because what they do is unsurpassed!

There are also gender differences . According to studies, women are more sensitive to disgust stimuli. In fact, during pregnancy, this emotion increases as a protective shield so that the mother and child do not get intoxicated at a time when the immune system is more weakened.

The memory and memories of something that is his day felt bad for us is decisive when it comes to avoiding it, because disgust arises when "something is perceived at that time or imagined lively," according to Charles Darwin. This favors the so-called learned security, we avoid what feels bad and we accept what we liked. Another aspect is ingestive neophobia that is nothing other than that natural prevention that leads us to eat a little of some new food or treat it with repair if its appearance does not convince us. Sight and smell are very close to disgust and rejection.

The aversive response produced by this emotion can be disproportionate or inappropriate . It is behind behaviors such as phobias (to animals, blood, injections, etc.), OCD (obsessive compulsive disorder), especially in those predominantly cleaning obsessions or in pathologies such as anorexia, bulimia or Selective Eating Disorder where certain food groups are rejected because they cause nausea and vomiting.

Finally, disgust is an unpleasant emotion, but it can be used to boost healthy habits , such as quitting smoking, drinking or overeating. It is the main ingredient of psychotherapy based on generating aversive responses (that is, provoking a powerful disgust reaction to tobacco, sugar or alcohol that creates a desire to avoid them). Beyond this positive aspect, it is better not to overwhelm or overpress with the foods that displease and educate the palate itself and children tasting little by little tastes until reaching the usual healthy diet.

In humans, as a product of evolution, disgust at unpleasant and potentially poisonous substances is transformed into rejection of people and situations considered "toxic." Two extensions of aversion are:

The fear of interpersonal pollution , to whom we consider undesirable people because of their appearance, origin, race, values, etc. and that produces displeasure and rejection. "I do not swallow", "it disgusts me as it is" are some of the phrases that favor contempt for the other, a dangerously contagious emotion that can favor atrocious behavior. There is a sense of offense associated with disgust related to the fact that something is not like "should be" according to the canons of perfection of the one who rejects. In general, it is associated with rigid personalities (narcissistic, obsessive, etc.)

Moral disgust consists in rejecting people who perform "disgusting" and rejectable actions from the point of view of established moral rules. This produces a deep rejection first and anger and desire to attack the depraved who skips the laws of ethics. It is also a form of control of the behavior of others. This feeling, in its positive version, leads to avoid violating social or cultural norms, having appropriate behavior and thus not having to suffer its consequences.

Why are some foods disgusting? 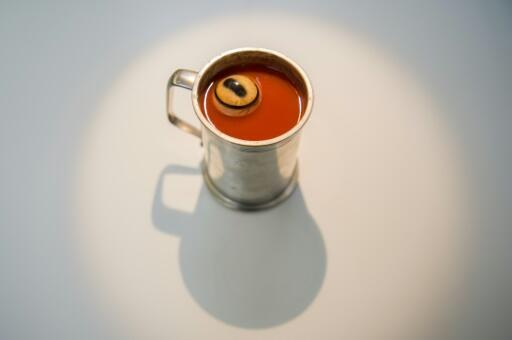 Your genes determine what you love Japan's cosmetics DHC to fake news "Hangul, made by Japan" 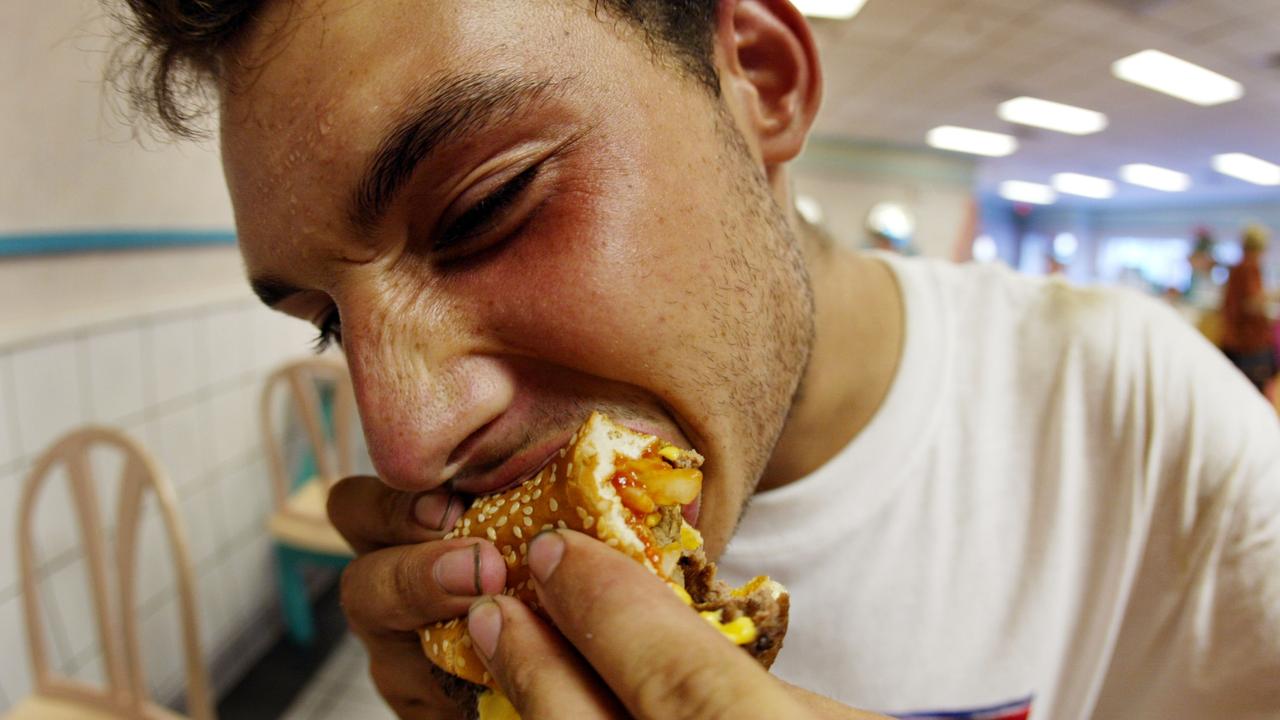 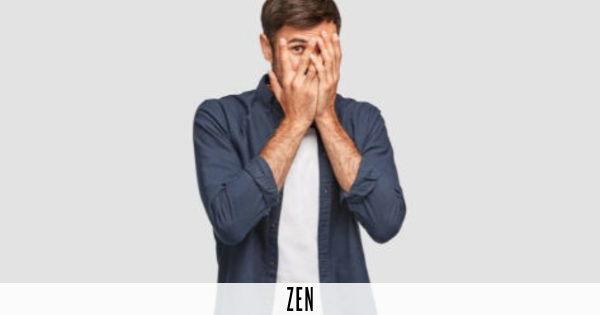 Why are some people ashamed to prove themselves? 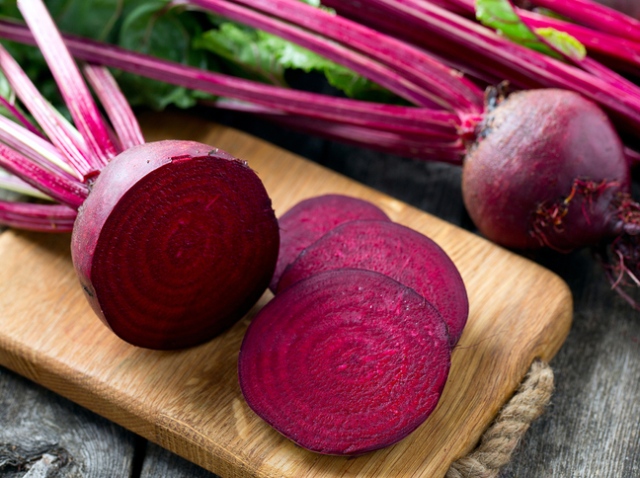 Why some tangerines are very dry and others not 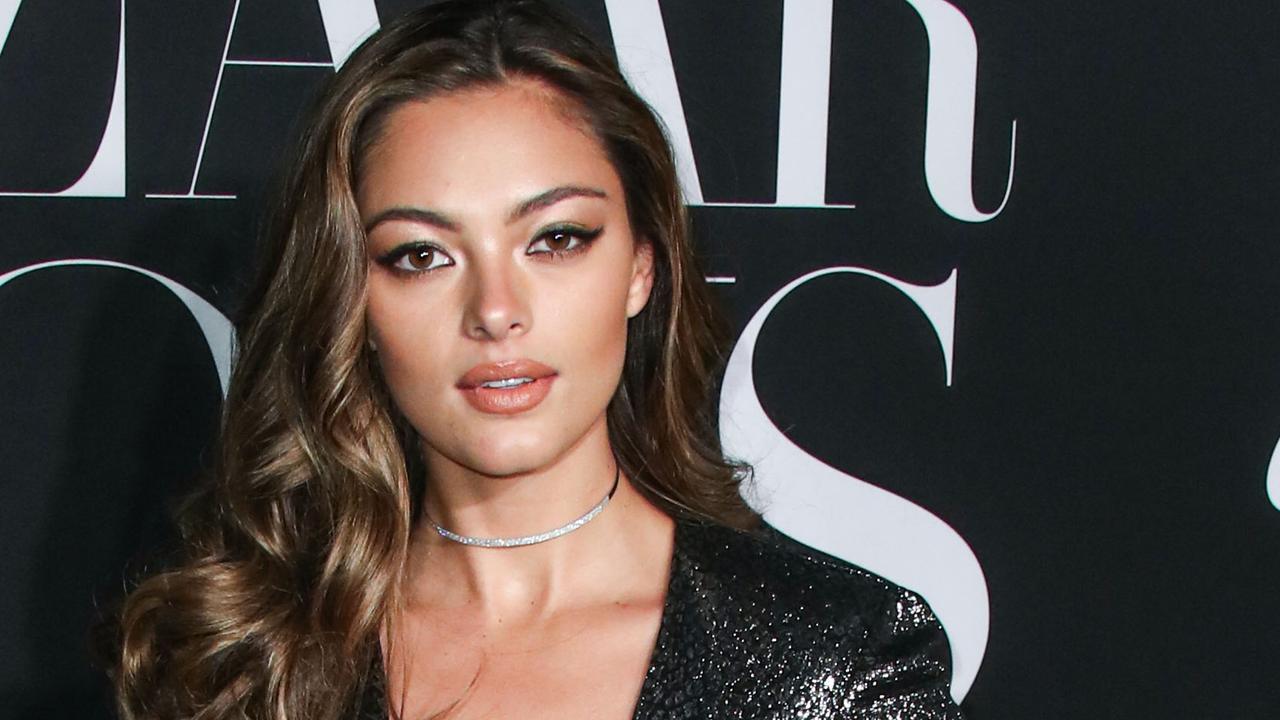 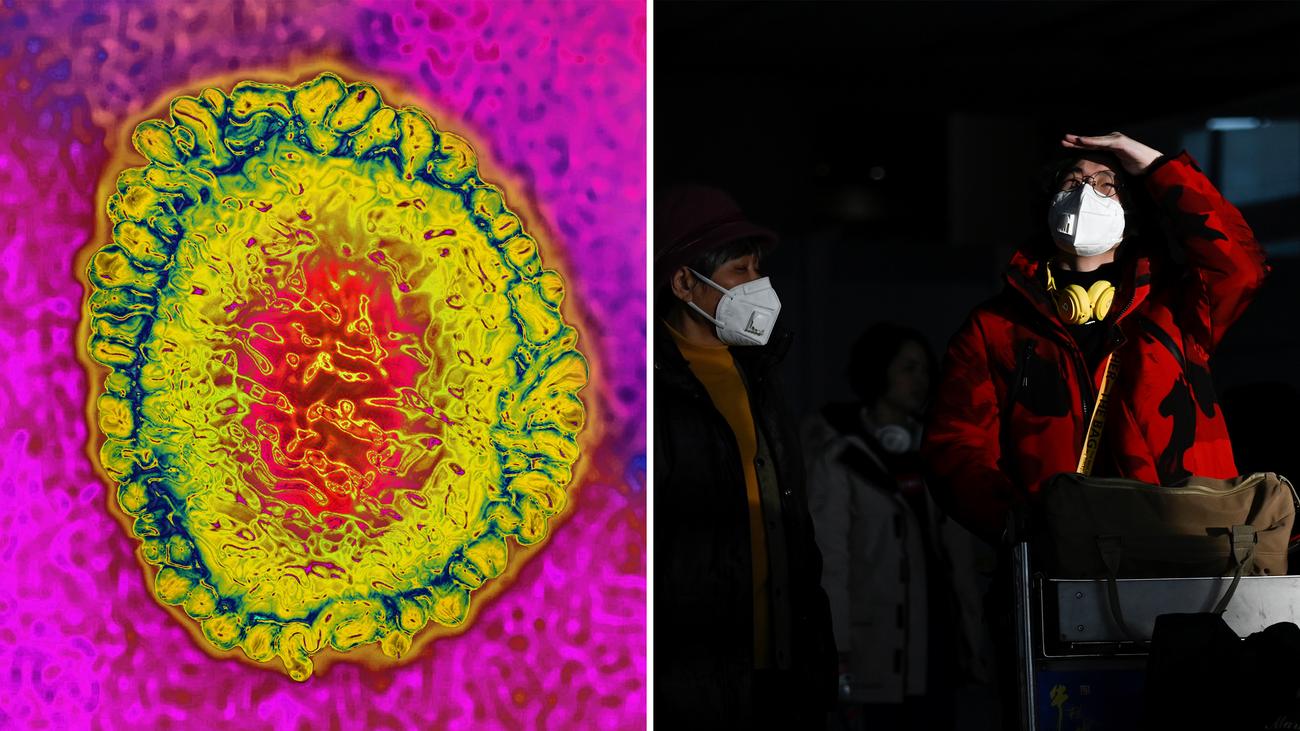 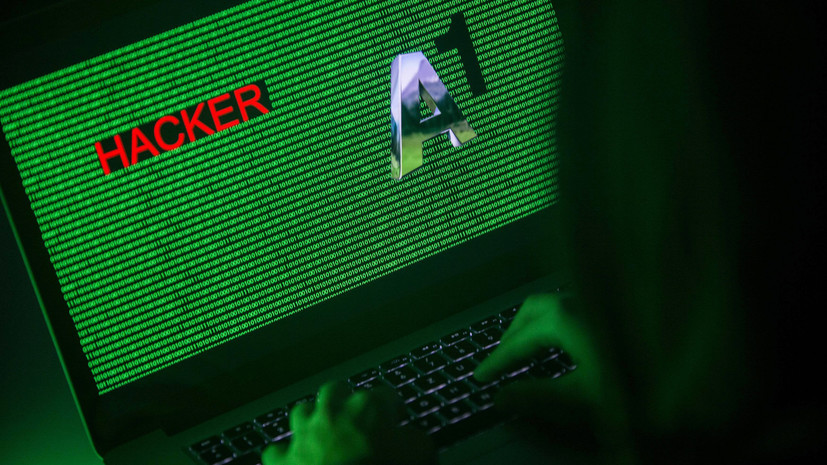 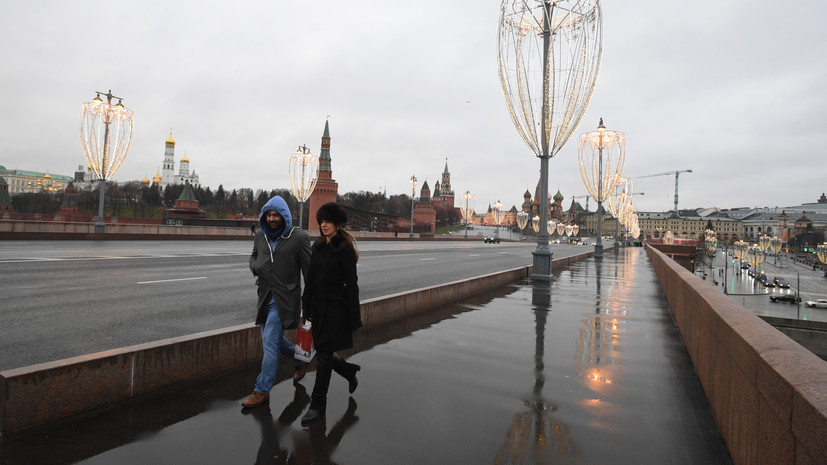 Arrested parents and children whether they gained points illegally due to unauthorized cancellation of accommodation Kyoto
2020-01-22T03:07:02.064Z 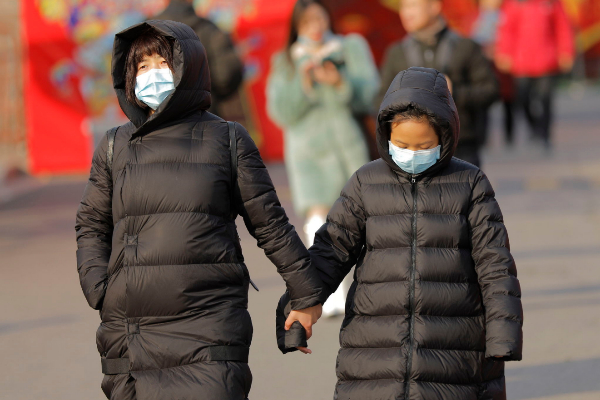