Javier Cercas, Planeta Prize: "The 'procés' has been the fuel to write"

In July 2017, during the promotion of his latest novel, The Shadow Monarch, Javier Cercas moved to the exact place where the protagonist - a great-uncle of his, a young man 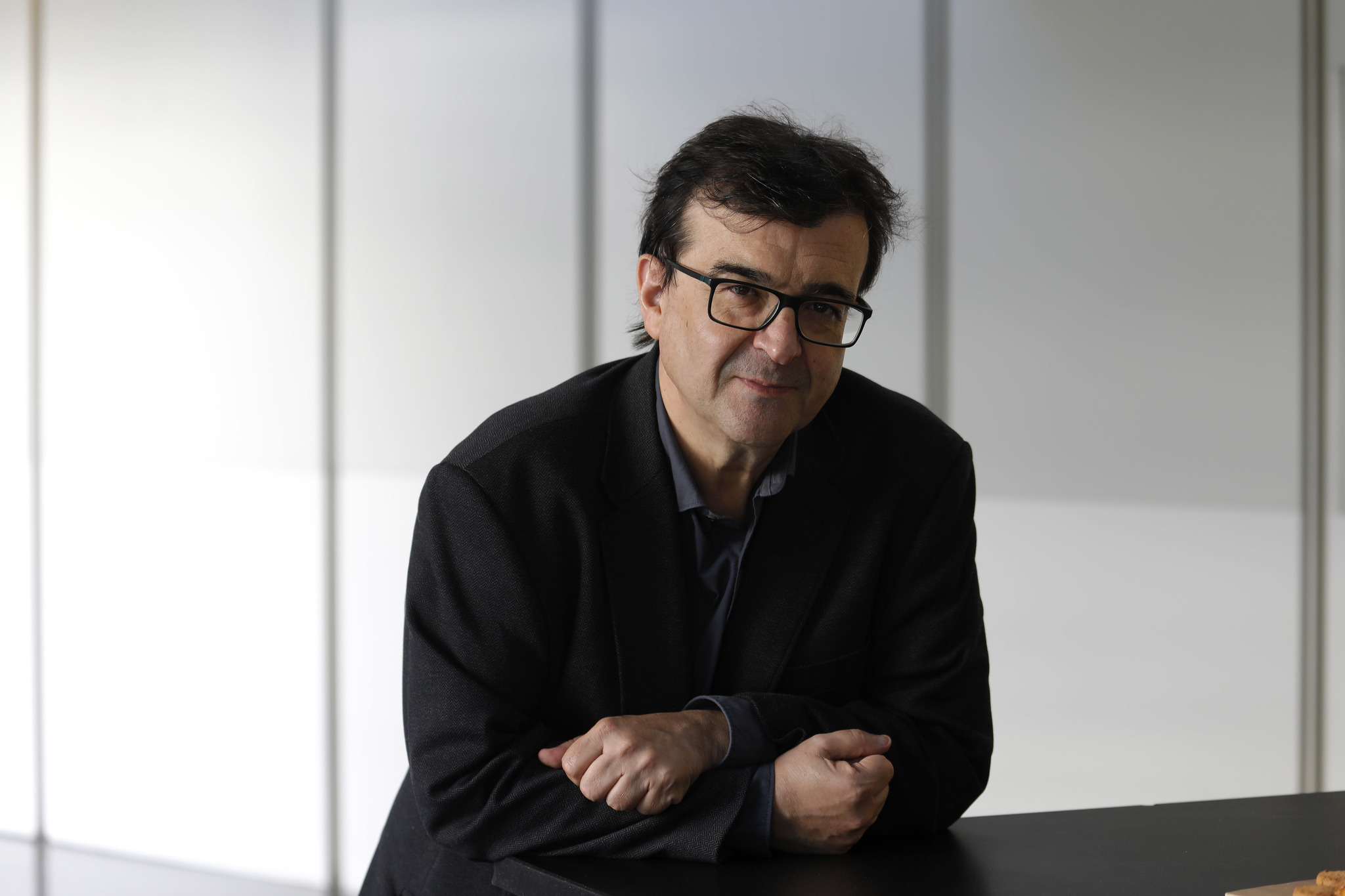 In July 2017, during the promotion of his latest novel, The Shadow Monarch, Javier Cercas moved to the exact place where the protagonist - an uncle of his grandfather, a young Francoist officer who died in the Battle of the Ebro - had died. Cercas did not know that area bordering Aragon, "the poor Catalonia" , a place of simple and welcoming people who, for some reason, reminded him of his native Extremadura. The day after the presentation of the book, Cercas found his car open, helpless. He went to the police station. "How strange, if nothing ever happens here , " said the guard mosso who took the fingerprints of potential thieves. They chatted. The mosso had been living there with his wife for several years, they had moved from Barcelona. "He told me that what had cost him the most when he settled in was the night, sleeping with that silence. And there came the idea of ​​the novel, " explains the winner of the Planeta Prize. Terra Alta , which will arrive in bookstores in November, happens in the near future, 2021. A mosso with problems falling asleep and aftermath of the jihadist attack in Cambrils is destined in one of those seemingly quiet places "where nothing ever happens." Until one day he discovers the bodies of a rich marriage and his Romanian maid wildly tortured.

He says that the novel is not about the process but it would not have been possible without the process , what do you mean? That summer I felt that I had reached the end of a stage as a writer. I was in Terra Alta, in the zero zone of my family, and I reflected on what the homeland is, but not the political homeland, but a more Cervantine idea, which is closer to the sentimental, what it has to do with the affections of the people with whom you feel good, to a small place, like when Sancho at the end of Don Quixote arrives at his town. And the next day I had the car open! After the summer, when the whole process broke out, I did something I had never done before: leave everything, not work. I just wrote articles, especially for the foreign press. It was a way of not distressing me. I never thought I would live a situation like the one we have experienced in Catalonia. That was something of the past, it happened in other places, it was in the books, but not here. When I resumed the book in mid-December, something had changed. Terra Alta does not go about the process, but all the feelings, anguish and experiences of these months have been the fuel to write. I sat down to write it trying to isolate myself from everything, as in a capsule, but the issues that arose had to do with it: the desire for justice, the value of the law, the legitimacy or not of revenge, betrayal ... Ha Defined the book as a nightmare. All fiction is a nightmare if you are honest with yourself. Good fiction always comes out of the most secret and dark places of oneself . Baudelaire already said it: you have to go to the bottom to extract what is unknown, even if you don't know what you'll find there. You have to dive to build. I now needed fiction to say things that I dare not say I feel. That's why I think this novel is the deepest thing I could have written about what has happened to us in recent years. The protagonist of Terra Alta is a mosso d'esquadra. Have you investigated how police forces work to write the novel? Yes, I've been with them. Many have turned their backs, especially those who are not from here. Most have been placed in an impossible situation, they have suffered a lot. To the protagonist, Melchor Marín, I adore him. He doesn't look anything like me, his life has been very complicated and he knows what injustice is, which is the central theme of the novel: how absolute justice can also be the greatest of injustices. The good taken to the extreme may end up being bad. Melchor has a thirst for fierce justice. How did the award ceremony live while Barcelona burned? If I have to be honest, normally. I didn't hear anything during dinner and I'm glad I didn't. Let's not get carried away by the superficial. It's like the famous entry in Kafka's diary: "Today Germany has declared war on Russia. In the afternoon I went swimming." When we were young and a little silly we thought that Kafka had written it because he didn't care that the war had broken out. Then we knew that what I wanted to say is that, even in situations like that, you have to go swimming, you don't have to stop. You have to think and, only then, perhaps, we will reach a conclusion. But what you don't have to do is get carried away immediately. The images are spectacular, the result of a moment. But we have to keep doing our best things. That is our only salvation. If there is one.

Literature Fernando Savater: "I was not up to par when Sara got sick, I panicked"

Javier Cercas, Planeta Prize: "The 'procés' has been the fuel to write" 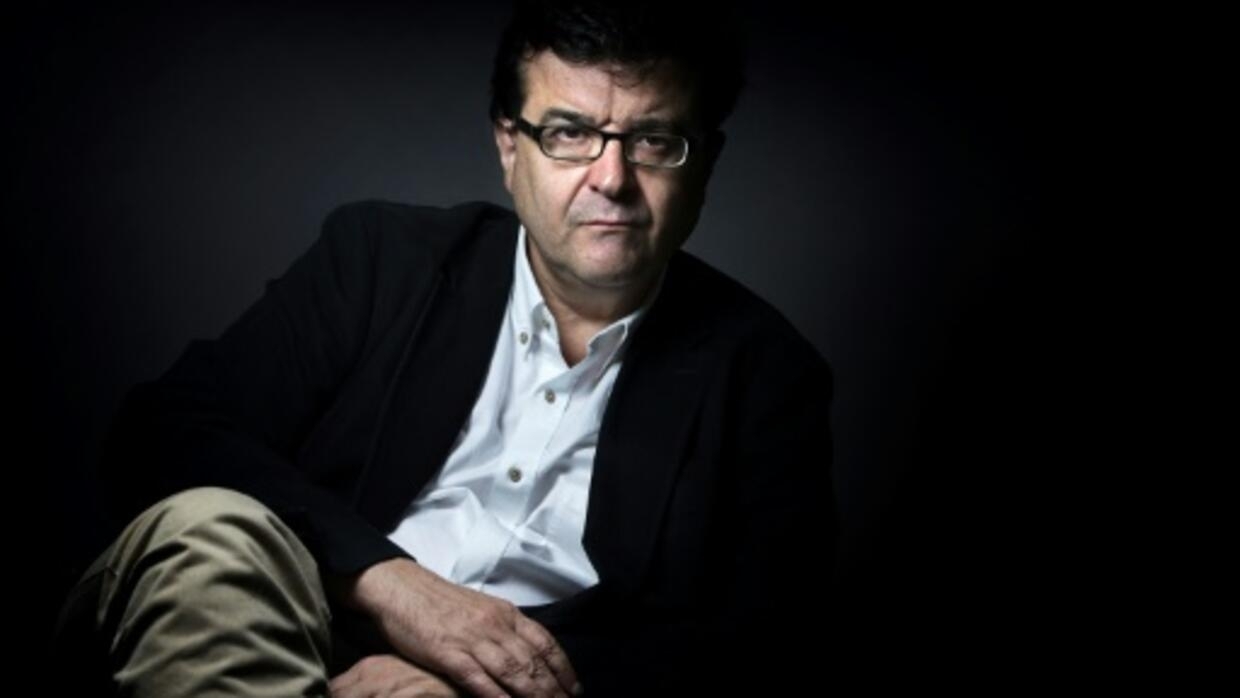 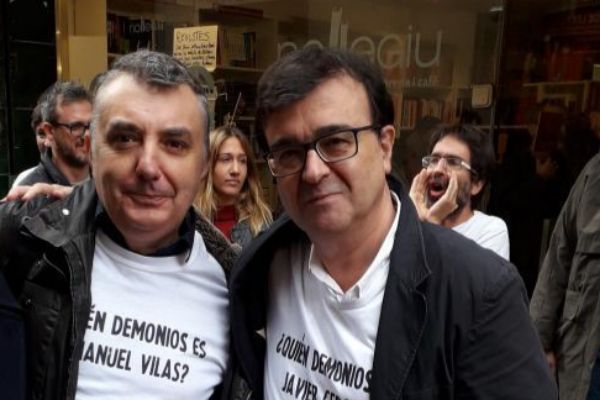 Javier Cercas and Manuel Vilas, winner and finalist of the most literary Planet Award 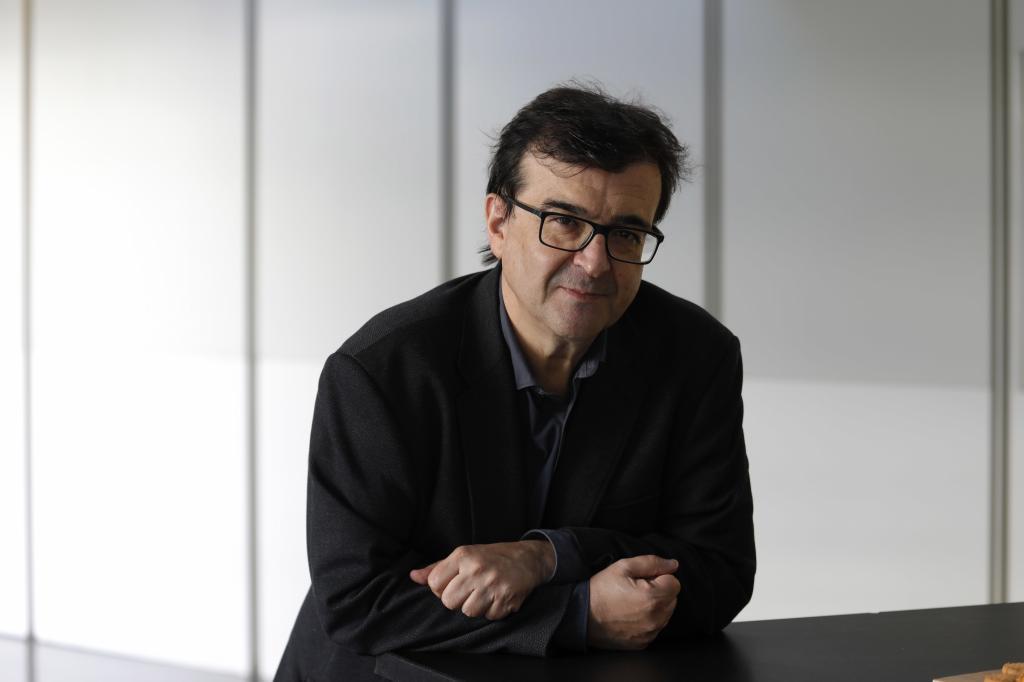 "You won't be a Spaniard, right?" The new Javier Cercas novel 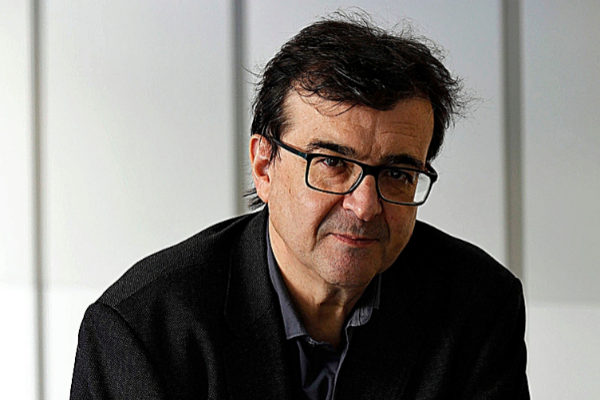 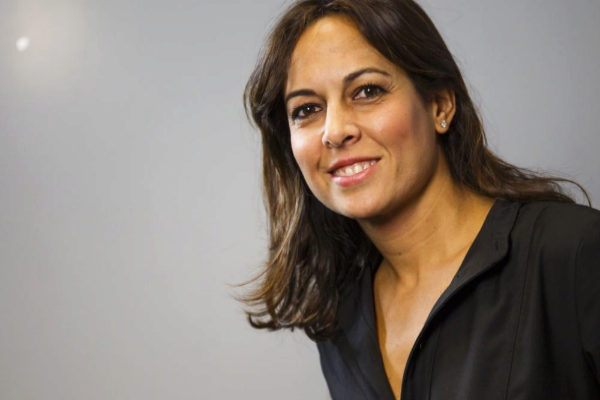 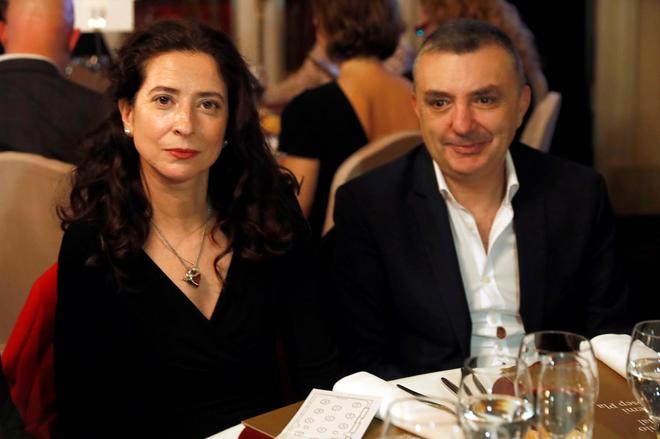 Ana Merino and Manuel Vilas: the couple that triumphs in Spanish literature 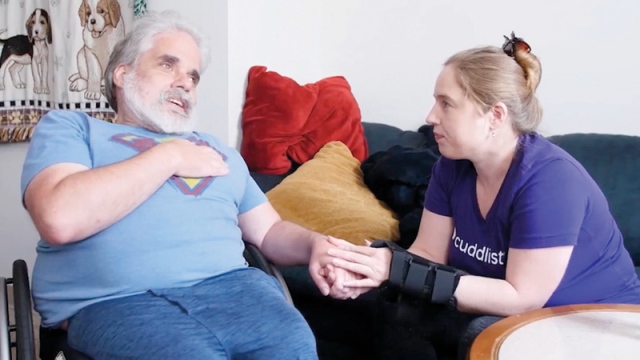 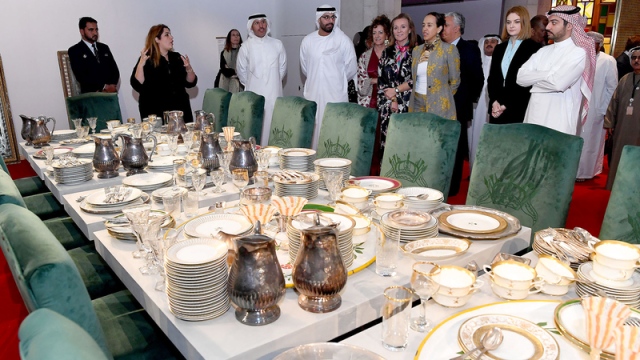 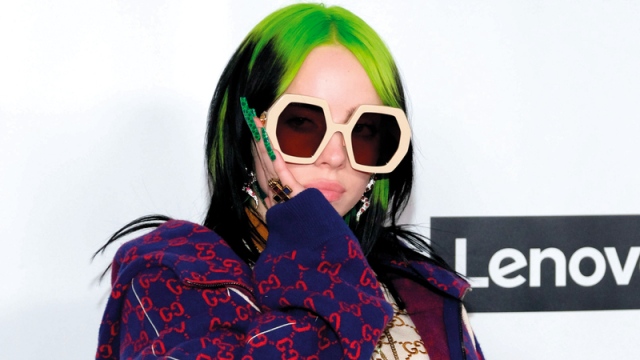 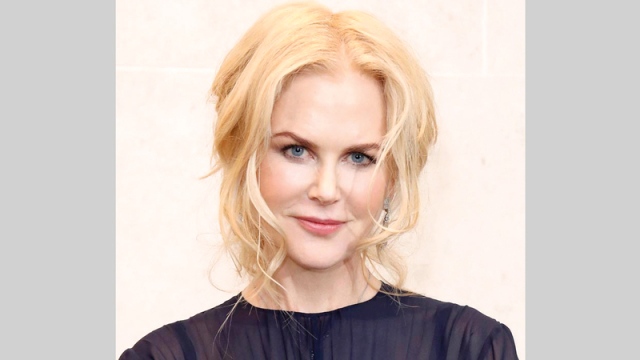 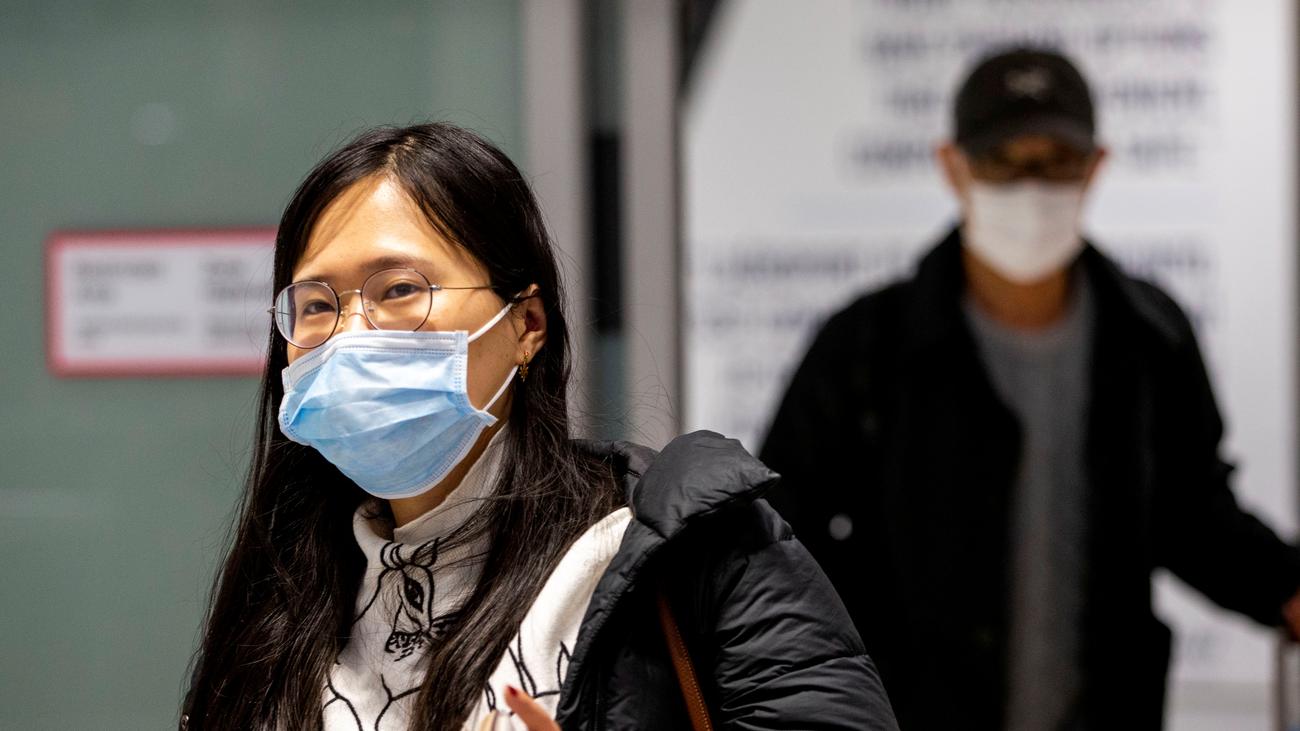 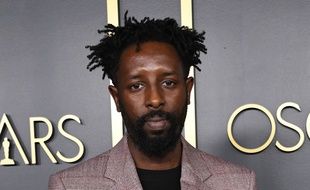