El Hormiguero: The "movida" of Santiago Abascal and Pablo Motos

Every night El Hormiguero starts with 30 seconds of publicity. "Don't change the chain that is moving tonight." The move is called Santiago Abascal, Vox leader, the move is est 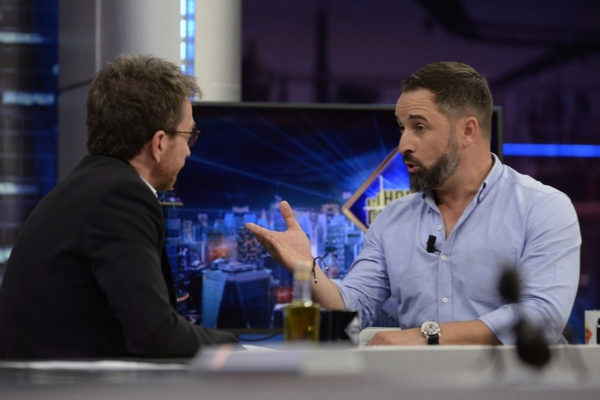 Every night El Hormiguero starts with 30 seconds of publicity. "Don't change the chain that is moving tonight." The move is called Santiago Abascal, Vox leader, the move is to be on the most watched program on Spanish television and the move was what the interview would be like. Well, the interview was Santiago Abascal as is, without half measures, and a hard Pablo Motos , as hard as when Pablo Iglesias goes. Pablo Motos is noted that he does not like extremes either to the right or to the left, and thus ends in "move" .

They went to their corresponding 30 seconds of publicity, the money sends ... and when they returned the guest was expected, as always, but this time Pablo Motos, the man who never enters into any controversial, hermetic, closed as for his own , started the program answering all the criticisms he and the program received these days with the visit of Santiago Abascal. "I have been insulted more this week than in the 14 years that I have been doing the program," Motos confessed to Abascal. And what did Abascal do? Well, give him some anti-inflammatories, because "they are going to give you", and a small bottle of oil for that of the olives, which we are in pre-campaign, or in the campaign? We live in campaign.

Pablo began the "move": "Today the program will be a little different with the visit of Santiago Abascal and there has been a bit of movement for his visit. I remember that Vox has 2 deputies - oh, nerves, nervous! - and in El Hormiguero we want to give voice to all parties and that the public decides what they want to vote. We have invited all parties and everyone has accepted, except Pedro Sánchez . "

Explanations given, but the little tip was missing, the coup de grace was missing, and not Santiago Abascal, nor by any means, but Pedro Sánchez, the acting president who already refused in the previous elections to go to El Hormiguero , and who These were not going to be different. 5 minutes of the program chronologically detailing all the calls that the El Hormiguero team has made to try to ensure that Sanchez was there. Calls and whatsApp that began on September 19 and ended on October 7 with a "Sanchez is impossible, but another one can go". "Out of respect for the other candidates, we have said no." First blow of the night for Sanchez , but Abascal was not going to fight either.

With politicians Pablo Motos is of philias and phobias. Although he tries to be cordial, affable, kind and pleasant with all of them, he is seen in a league when with some house and with others he would divorce as soon as he started . With Santiago Abascal would not reach even the request of hand. While Santiago Abascal was relaxed, with his own, without getting off the horse, Pablo Motos was nervous.

He was wrong in the number of deputies, Abascal corrected him as soon as he started, "there are 24" ; he received him by shaking hands and there was a run over hug; the interview began to stumble, but Pablo was recovering, he came higher and higher. There was no rally, there was no such thing as giving the guest coba, there was what an interview was, asking for what to ask and answering for what suits me best.

"Have you left the horse parked at the door?", And that to start the interview. After, after, after ... "Yes, I left it at the door," Abascal replied that it ended up being what he wanted to look like and what Paul wanted it to look like: "Good."

Because Santiago Abascal "is not a fascist," but he feels "proud that they use that word to insult us." And he said progress as he is called fascist. "You say it as if it were an insult ..." Motos asked. "For me, Progre is a person on the left who tries to dictate how things have to be. For example, when you invite me there are pressures and when you invite Pablo Iglesias nothing is said." Well, neither so much nor so bald. Everywhere they boil beans. We see the straw in the foreign eye, and we don't see the beam in ours.

Your detractors when they call you a fascist, you feel identified.

Pablo Motos Santiago Abascal is scared, he said it himself, and Pablo thought that he did a disservice anyway, but the favor went deep because Santiago Abascal was afraid of pearls to show that he is not afraid of nobody, that people hug him in the street, that people talk to him, that people tell him very exciting things ... Because Santi Abascal is "good". Motorcycle word. And we had to go into the matter, we had to talk about what they had gone to talk about, abortion, euthanasia, "PSOE criminal", the Thirteen Roses, the LGTBI collective, weapons, immigrants as usual ... It is so many times in such a short time ...

"I said about the PSOE because I have an obligation to tell the truth. We must remind you that this party was the protagonist of very unpleasant situations. The looting of gold from Moscow, the murder of Calvo Sotelo , state terrorism, corruption. So no I admit lessons from a party that also has historical memory. " And the Thirteen Roses? And who raped, killed and tortured? "That fact of the story that Javier -Ortega Smith said- I don't know." And it's over, that questioning as no.

And Franco? -Sounds like the song of Alaska and the Pegamoides- "He is a historical figure. In Vox there is no position on Franco (...) In that auditorium -for the act last Sunday in Vistalegre- there were people who did not know each other sitting next to his grandparents fought on the national side or in the Republican ... I bet on reconciliation (...) I hope the Spaniards live better. "

Pablo wanted to ask him about the vetoes in the previous campaign to Onda Cero and La Sexta y Abascal went by peteneras. Notice if he left by peteneras who ended up talking about his mother and the mother of the bullfighter . But then immigration arrived, abortion arrived and eutonasia arrived, and Pablo Motos was no longer as good.

Although it began smoothly, with the fence of Melilla , Pablo Motos went crescendo until the word in question arrived, xenophobic. No, Santiago Abascal said that he is not xenophobic, but that since Vox "they have the intuition that emigrants are the ones who commit the most crime." That he has nothing against the emigrants who come to Spain complying with the regulations, but that those who come illegally must be made clear that in Spain they cannot stay. That is, you have to end the called effect and send them to your country. Ball point. And who does not like it because he already knows why Santiago Abascal represents those who think so.

Those who think that the abortion deadlines law must be ended, that they believe that abortion aid should be terminated and that there should be no abortions, those who believe that the life within you should not end , "because there are women who say their body is theirs, but the body they carry inside is not." "I don't want to call it murder. It's to end a human life and I know I'm not going to convince a good part of the audience, but I don't want to lie." And not another thing, but lying did not lie a half.

Not even when Pablo Motos tried to get it bent by asking him about the help he received from the Community of Madrid for his foundation -83,401 of salary- Santiago Abascal fell into the trap. "It is not the moment of my life that I am most proud of ... It was a good salary and I don't care if you ask me because I can explain it that way." "Do you know any work outside politics?" Motos insisted to see if with those he released the whip. "I've had a company with my ex-wife that didn't work out." Hala, now you go back for another one! Maybe it's because of not lying, because you don't get too complicated ...

And he was not going to get complicated with euthanasia, even if Pablo Motos told him how bad he had with his father in his last years of life. Santiago Abascal - it's so good that I want to call him Santi-, he understands, but he can't agree with euthanasia because "you can't end a human life." "But have you seen a person suffer in that phase of agony?" . That is not no, why you insist Pablo. "The State cannot have the power to end human life. The end of life has dignity just like a zygote and I want to defend that conviction."

Wait, hope the LGTBI collective or gender violence was missing. Let's see who guesses what he said ... Well, the usual. With the number one, the LGTBI collective: "I think it is preferable for a child to have a father and a mother. In other words, they must have preference for the union of a man and a woman."

With number two, gender violence: "We do not deny that 46 women have been murdered this year, what we say is that the Gender Violence Law is not working. We know what is happening and we represent people who are being victims of that law. They say we are against women and we are the only ones who say that a rapist does not have to get out of jail. " And that after Pablo Motos asked him why they denied the 46 murdered women. Well, not for those. Move, move, move!

And the Ortega Smith banner in homage at the Madrid City Council to one of the last victims of gender violence? "I think the mayor's anger was very bad taste . " And the pain? And the suffering? And the victim? "Everyone was presented with a banner and Vox was with another. He did not do well to scold Vox for all the progress. I can understand that at that time there was no banner and he stuck to a minute of silence and nothing else , but there was already a banner. " Who cares what I do, who cares what I say, I am like that and so I will continue, I will never change.

"Would you give money to Notre Dame or the Amazon?" Last attempt of Pablo Motos, that the cartridges ran out. "For Amazonas because the work of God must be protected." "Do you confess?" Was a must. "Few times, but I'm not going to confess in front of you, but give me the anti-inflammatories that aren't going to give you that much anymore." And in the end who took it was the same as always, because the one who was going to take it turned the "move" into a path of roses .

That's me in the corner 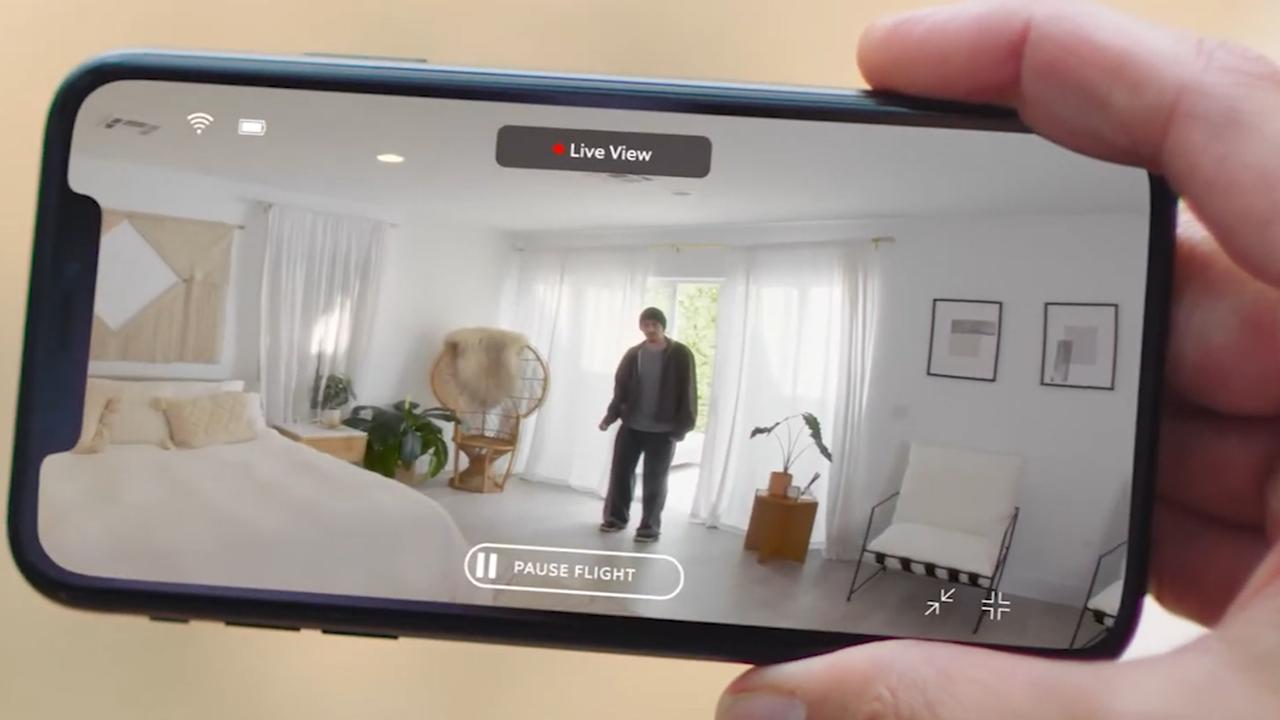