James Ellroy: "The Japanese concentration camps in the US are not comparable with the Nazis" 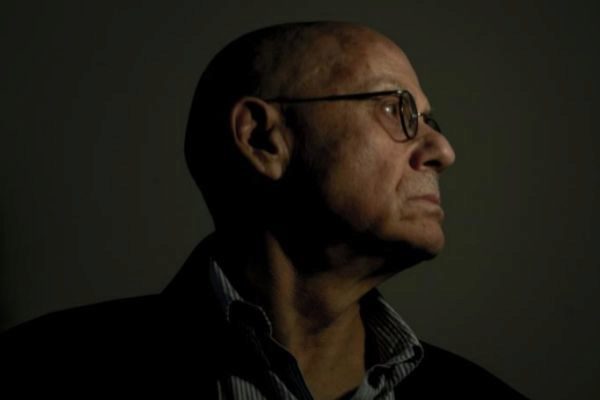 James Ellroy is a man with very bad milk that devours journalists during interviews and wears Hawaiian shirts that give him the appearance of a secondary actor in Los Soprano capable of killing a neighbor with a stapler. A writer that everyone asks about his mother, raped and murdered when he was 10 years old . The crime was never solved.

This is not true, at least this time.

1. You wear a short-sleeved shirt with blue stripes from an office worker who leaves work at noon on Friday (he covers her in a photo shoot). "I had to change when I arrived from the airport, but I have a palm tree in my suitcase, " he defends. 2 . In the interview he is kind, although due to his gestures of fatigue he seems more due to that atmospheric drunkenness that is jet lag than by natural state. 3. You are not asked anything about your dead mother.

"I like his haircut," he says when he shakes the journalist's hand in the cafeteria of the Iberostar Las Letras Gran Vía hotel.

It's a joke among bald people. Serie. Drink water. "I'm a water man," he emphasizes when the waiter comes, as if his years of youth were far away where alcohol and drugs led him to have problems with the law.

Ellroy (1948) presents a new installment of his Second Los Angeles Barracks entitled This Storm (edited by Random House Literature), that colossal work that is something like the National Episodes of the low angelic bottoms of the time of the Hollywood Babylon. The novel, of more than 600 pages, is the continuation of Perfidia , and is set between December 31, 1941 and May 8, 1942, a period in which the United States has gone to war after the bombing of Pearl Harbor and Chews a psychosis against everything Japanese. On the west coast, President Roosevelt has raised concentration camps for the population of Japanese origin. Many of the characters in the book, rejuvenated, are already classics of Ellroy's work and came to light in his first tetralogy.

Was Pearl Harbor the 11S of your parents' generation? I don't know much about 11S the truth. But to deal with what this attack meant I looked for the emotional core. We knew we were going to go to war, what was unknown was when and under what circumstances. Suddenly, it happened. The epicenter of the entire conflict is Los Angeles, there was the country's defensive strategy in the Pacific, where the arms industry was and where Japanese by births or Americans of Japanese origin were imprisoned. There was a great racist animosity. They were not seen as Italians or Germans, who were white. In this case, war is an opportunity. Guys like Dudley Smith can make money and sleep with Bette Davis in such a context. The new America is born. The war is terrible but in the rear there were parties and sex. You describe very well the concentration camp in Manzanar. Don't you think this episode is much less remembered than, for example, Senator McCarthy's witch hunt? I think it's a big mistake to describe anti-communist committees as a witch hunt. McCarthy was wrong and also a corrupt, but many committees were honest. In my next book I will talk about it. The Japanese camps were a sad episode, but they were an American injustice, not the Nazi Holocaust. It is not Guernica nor is the gulag. They are not comparable. In their books there is a lot of sex. It is a compulsive form of power. Simenon, another sex lover, said he suffered so much tension when writing that that's why he finished a novel in 10 days. You make very extensive novels .imenon said he had slept with 6,000 women, which is ridiculous. He was mad. His books are bad, it shows that they are written in 10 days. It was believed that he would win the Nobel Prize. For me writing is not a therapy, it is a passion that God entrusted me, Writing a good book requires years of work.But in 1979 he declared that he already knew that he would be a great writer when he wrote his first novelIt is true. At 30 I knew I had a date with history. I had a revelation on a 1986 winter night on the outskirts of New York. That's where I immersed myself in Los Angeles of that time. Since then I have been an obsessive planner. Their editors will be very happy with their rigor with the deadlines. I always comply and I am in charge of promotions. I take my work very seriously. The time limit of his novels is 1972. How boring are the last 50 years? For me, yes. He writes from Los Angeles, but lives in Denver (Colorado), which is very different In my imagination I live in Los Angeles of the 40s. But for 38 years I have barely spent nine in that city. It is already just a literary city. That's right. It was also Bukowski's. Bowsowski as a person was a depraved and as writer, bad, bad, bad [in Spanish]. In the real city there is already a total fusion between the Hispanic and the Anglo-Saxon? Think that 57% of Los Angeles police officers are Hispanic and more than 70% of children. Although I don't know if the Spanish and English languages ​​will merge, their books are full of jargon. There are slang, Yiddish ... Do your translators hate you? The truth is that there are complicated things. They consult me ​​from time to time. My German translator does it and he once censures me that he writes things of the Nazis that are historically incorrect, such as the Americans knew in 1942 that Eva Braun was Hitler's girlfriend. And what does it matter !, I say.

Events: A youth basketball coach is arrested in the United States for 28 sex crimes 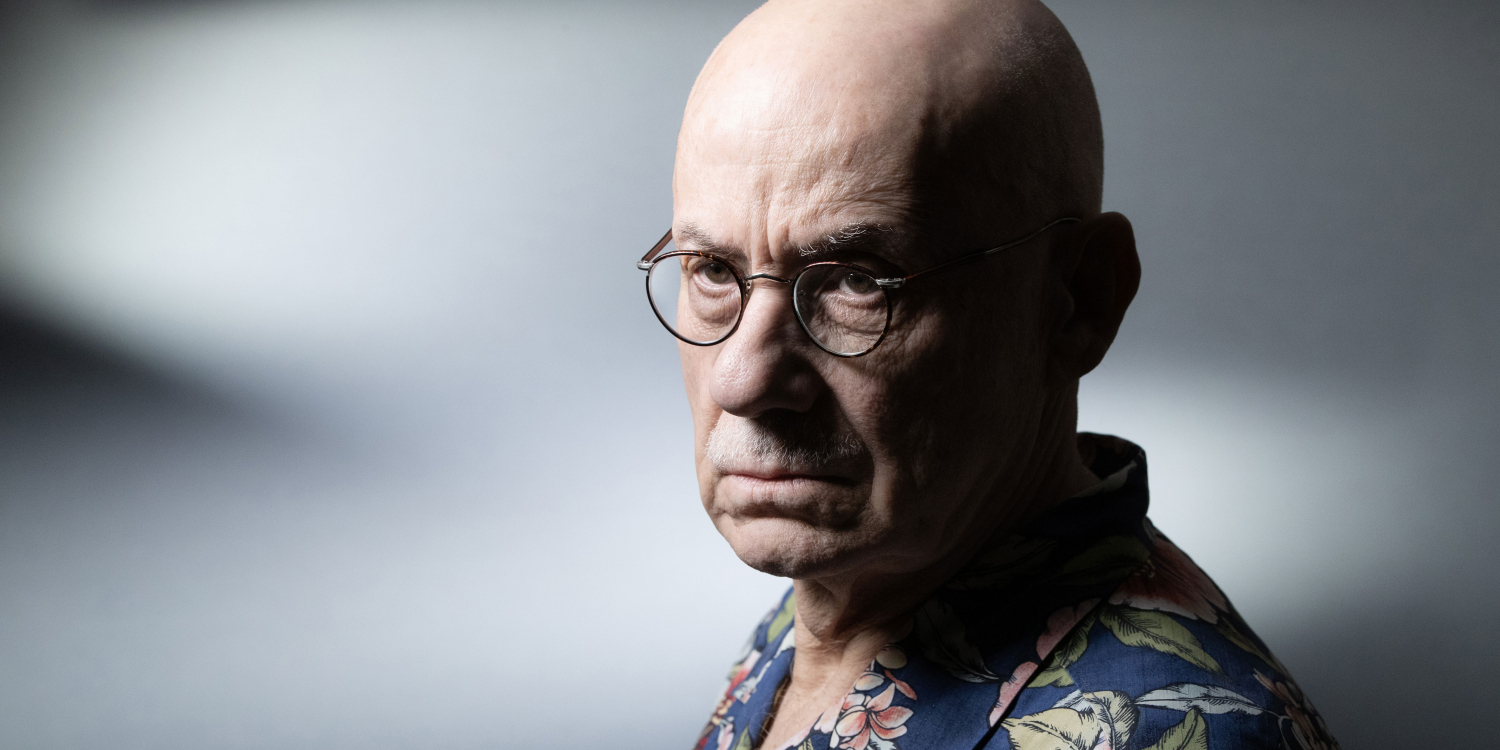 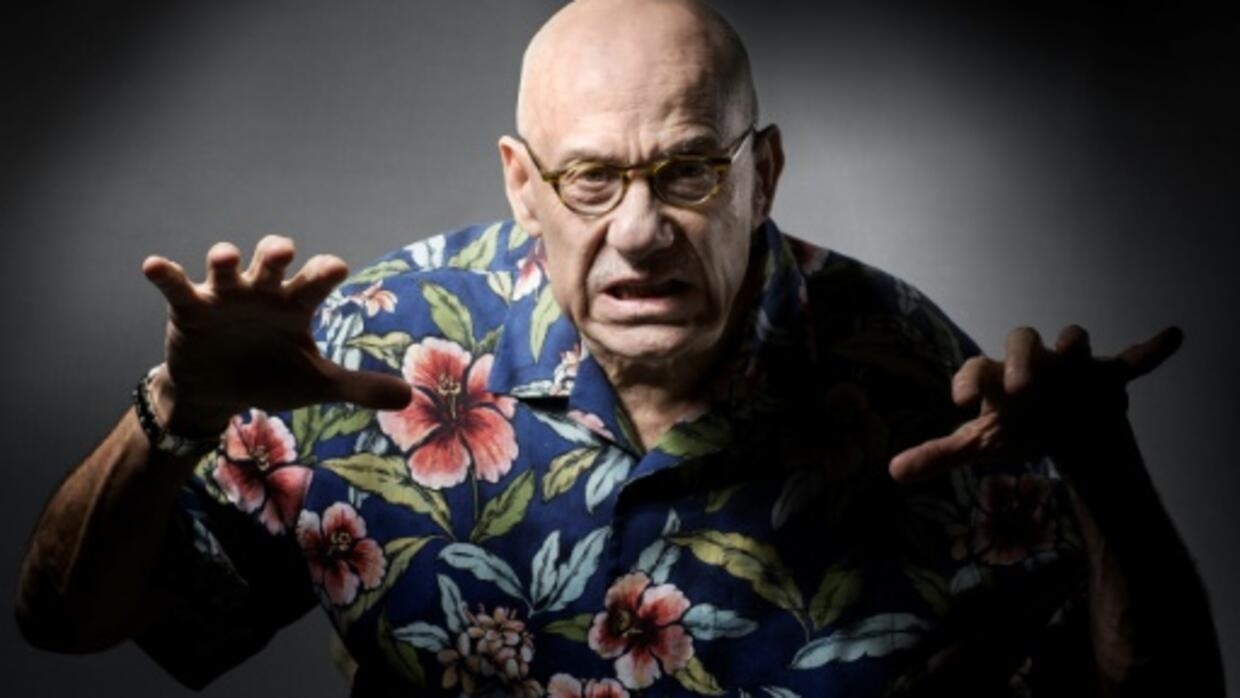 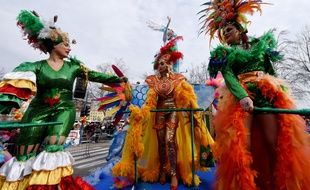 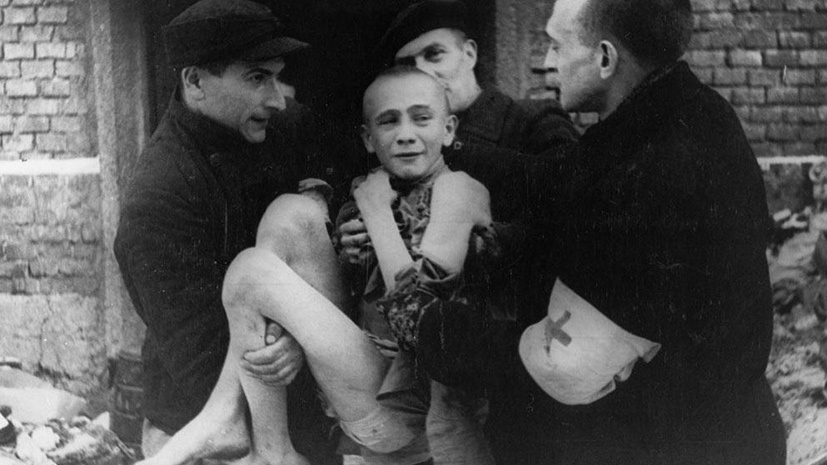 News/Politics 2020-01-24T19:04:03.667Z
"Inadmissible Act of Blasphemy": why the US Vice President ignored the role of Soviet soldiers in the liberation of Auschwitz 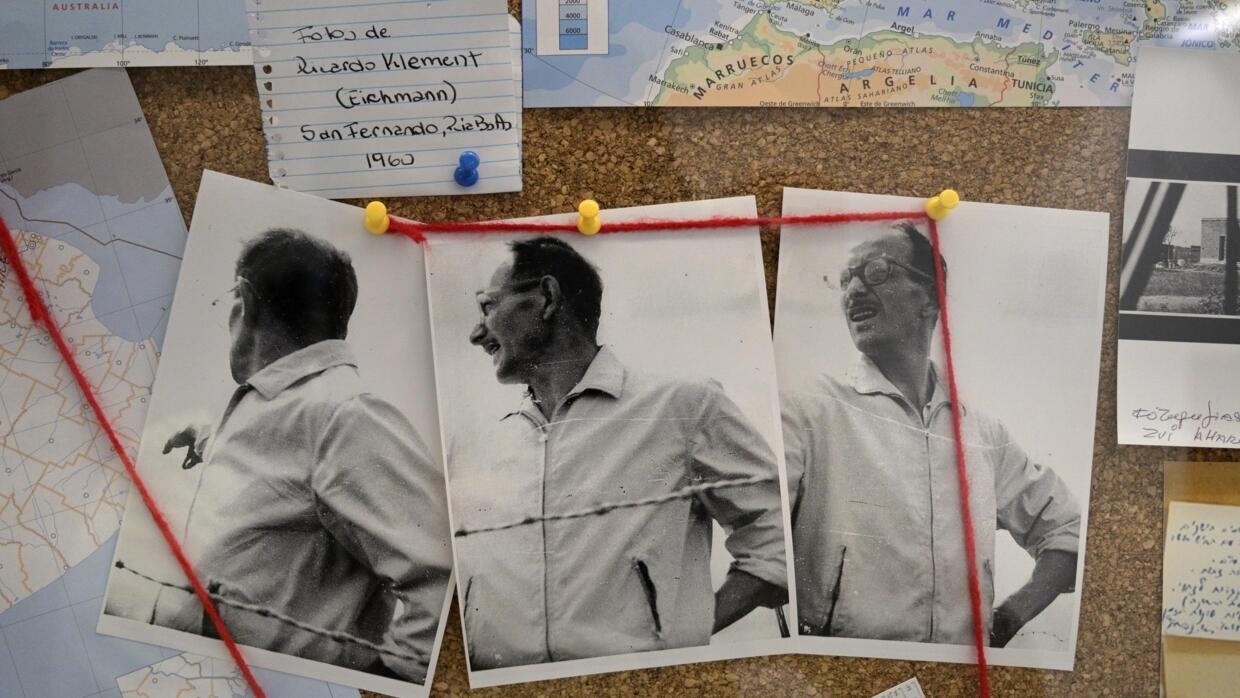 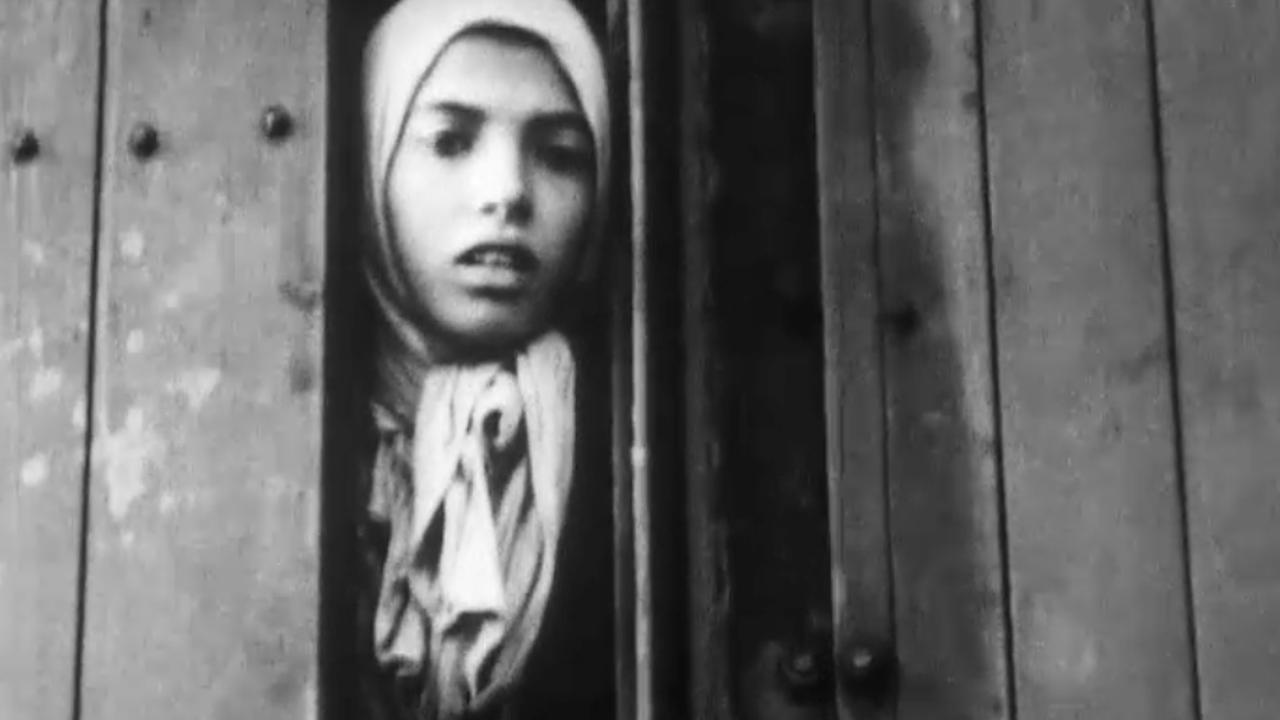 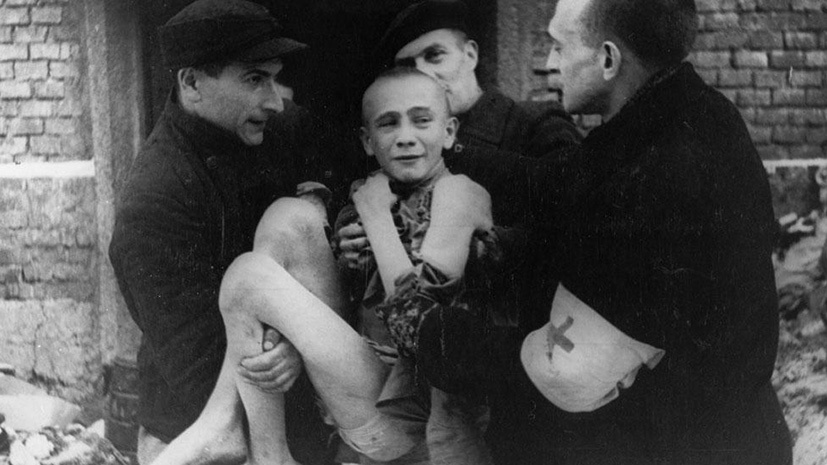