The death of "Barbie Iraq" in mysterious circumstances!

Iraqi activists, Fashnista girls, fashion and beauty, and art, on Thursday, painted the icon of beauty and beauty expert, Rafiq al-Yasiri, known as "Barbie", after her death in mysterious circumstances. Activists, activists and prominent pages on social networking sites Facebook, "Twitter", and 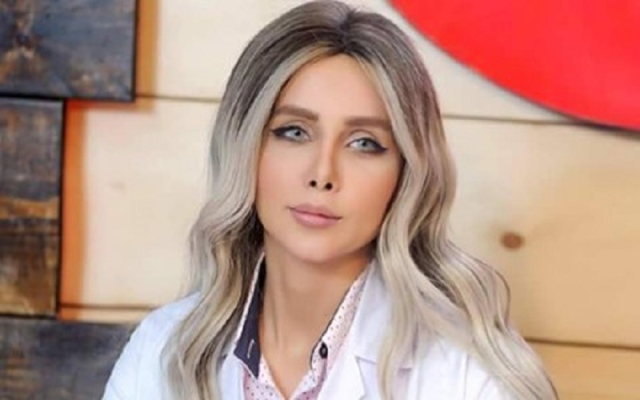 Iraqi activists, Fashnista girls, fashion and beauty, art, on Thursday, the icon of beauty, and beauty expert, shelving Yasiri, known as "Barbie", after her death in mysterious circumstances.

Activists, activists and prominent social networking sites Facebook, Twitter and Anstagram reported the death of Yasiri, the owner of the Barbie Center for Plastic and Laser Surgery, the largest and most famous of its kind in Iraq, located in the Jadiriyah area near University of Baghdad, in the center of the capital.

Sheikh Zayed Hospital, located on the Rusafa side of Baghdad, confirmed the news of the death of al-Yasiri, after the leaks reported by Alsushal Media sites that the death of a traffic accident, and another talk about the failure of Chloe, and others reported that she died in an Iraqi hospital without details or cause.

A doctor at the Rusafa Health Department in Baghdad confirmed in a publication on Facebook that Sputnik had reported the death of Yasiri as she arrived at the emergency lobby of Sheikh Zayed Hospital near Andalus Square in the center of the capital.

Al-Yasiri, who has a variety of humanitarian work, is known for treating people who have suffered from burns and explosions that had previously been targeted by Iraqi cities in recent years.

The Barbie Center receives hundreds of thousands of customers every day, including girls and women. The majority of them are to perform facelift and nose reduction procedures with fluorine injection, liposuction, body sculpting and more, as well as a shaving section that has special offers for brides, skin cleansing, And lightening them.

In addition to cosmetic operations and humanitarian work, Yasiri participated in popular demonstrations in Baghdad last month, as well as in previous years.