Lawyer Kang Yong-suk was sentenced to one year in prison for allegedly forgery of the case, while the victim, Ski Director Cho Mo, made it hard for him. Joe met with a reporter outside the court immediately after the trial on July 24 and said, "I expected the condemnation of Kang Yong-seok today. 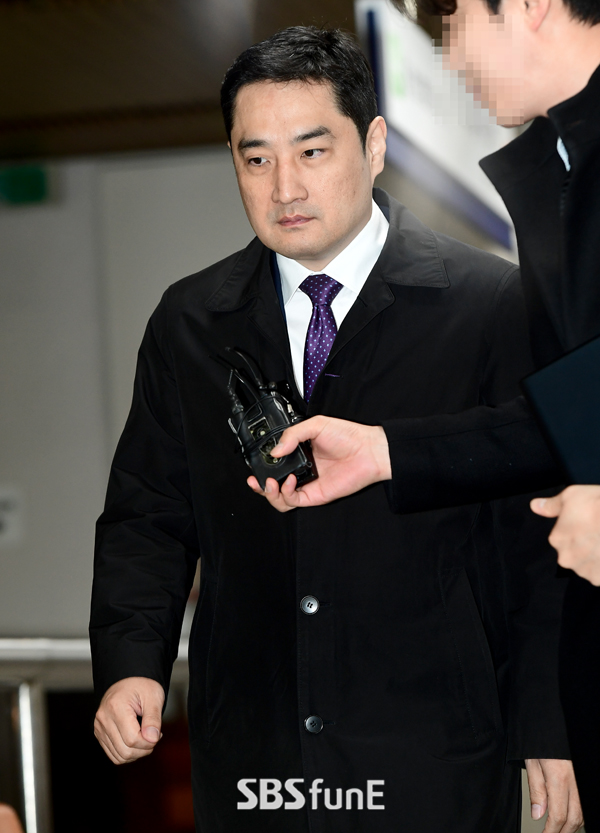 Kang Yong-seok (49), a lawyer, was sentenced to one year in prison for allegedly forgery of the book, while his wife, Joo Mo (44)

Cho said, "I expected the condemnation of Kang Yong-seok today," after meeting with reporters outside the court immediately after the trial on December 24. "I have been thinking about the verdict in the past four years. I did not. "

Judge Park Dae-san of Seoul Central District Court 18 said, "I am guilty of forgery of Joe's memorandum on the affidavit with Mr. Kim, who is an unfortunate opponent." "In particular, "In addition to the family's breakup, the victim suffered additional suffering from the incident." He explained why he was sentenced for one year in prison.

Gang Yong-suk responded that he had no expectation at all, even after the first trial. The lawyer of the Kang Lawyer was also suspected of failing to predict the sentence, such as reading newspapers easily before the verdict. Lawyer Kang Yong-suk was arrested and moved to a detention center on a convoy.

Joe, who has not left the court for a long time, said, "I still think the judge would have judged it well because I do not know the law well." I asked the court about the punishment. "It was cloudy.

"As soon as the first sentence comes, I also want to return to my daily life and work hard to serve and work through what I need." "I know that many people have been unhappy with many stories related to our home. I want to say that I have to say, "he said.

Meanwhile, Kang's lawyer is surrounded by famous blogger Kim Mo in 2014, and in January 2015, Mr. Kim's husband, Jo Mo, conspires with Kim for the purpose of withdrawing a claim for damages of 100 million won against him He was forfeited on the letter of attorney in the name of Joe and was handed over to the court for allegedly filing a seal on the case and filing it with the court.

Dodomam Kim, who was indicted on charges of forgery in advance of Kang's trial, was sentenced to two years probation in the first sentence in December 2016, but he was not appealed.

Kang told lawyers that he would "appeal" to the ruling.